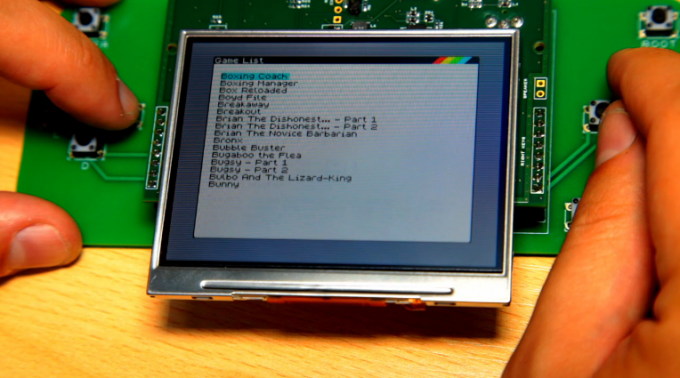 The Sinclair ZX Spectrum Vega+ to give it it’s full name, comes complete with 1,000 licensed games built-in and is currently available via the InDemand phase on Indiegogo, will launch on the 20th October.

A launch event, for selected backers, supporters and media is planned to take place at SMS Electronics, in Beeston Nottinghamshire. SMS are the manufacturer of both the original Vega and the new Vega+ products, on behalf
of Retro Computers Limited.  Andrew Maddock, CEO of SMS Electronics Ltd said “We are excited that the project is going ahead and will soon be in volume manufacture.”

The team behind the hugely successful Vega+ also plan to launch on selected online retail sites in time for Christmas 2016 and will soon be announcing their new sales and marketing  partner who won the account after a lengthy 4-way selection process.

Sir Clive Sinclair and the team at Retro Computers raised ￡366,655, which was 367% of their original campaign target, in 40 days, making this one of the most successful Indiegogo Campaigns of all time. 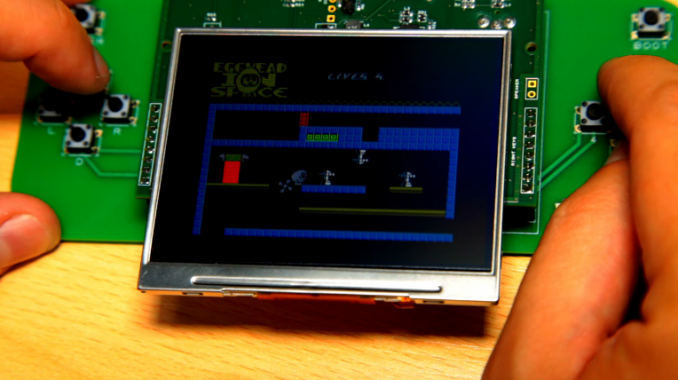 Dr David Levy, Chairman of Retro Computers Ltd, said:  “For the past five months our company’s new management team has spared no effort to bring the Vega+ into production under very difficult circumstances, and to secure Vega+ a sales and marketing agreement with a substantial company in the consumer electronics field. We are very confident that with the manufacturing strengths of SMS and the worldwide reach of our new sales and marketing partners, the Vega+ will be a huge and long-lived success.”

Contributors can still pledge to secure a classic black Vega+ now that the Indiegogo  campaign is in the InDemand Phase. The limited edition versions – with bases available in red, white or blue – are now no longer available.

The Vega+ is based on his hugely successful Spectrum products of the early 1980s. The Vega+ is the only games console that exists with 1,000 licensed games already included and with an LCD for you to use on the go. This launch
follows the huge public and media support for the initial Vega product last year and is the next step in the evolution of the Vega.

The Sinclair ZX Spectrum Vega+ to give it its full name takes advantage of major advances in technology to achieve significant cost savings by replacing most of the electronics in Sir Clive’s earlier computer products. Instead, the Vega+ uses a low-cost micro-controller and some innovative software to enable the Vega+ to run all of the games, 14,000 or more of them, developed during the years when some 5 million of the original Sinclair Spectrum were sold.  A full technical spec is available via the company’s website www.retro-computers.co.uk

The Sinclair ZX Spectrum Vega+ is marketed by Retro Computers Ltd, the London-based start-up in which Sir Clive’s company Sinclair Research Ltd is a shareholder and director.

The Sinclair ZX Spectrum Vega+ is as simple to use as any of the popular games consoles, but far less expensive. It has a colour LCD so the user can play it anywhere. Additionally, it can be connected to a TV so the user does not need a computer monitor, and it comes complete with 1,000 licensed games built-in.

Dr David Levy, the company¹s Chairman, is President of the International Computer Games Association and has been responsible for the development of more than 100 consumer electronic products since the late 1970s.

Sir Clive Sinclair says that the success of the original Spectrum was because: “it was adaptable, approachable, very easy to program, and simple to use”. Of the Vega+ Sir Clive says: “The present surge of interest in retro products inspired me to plan the Vega+ as a handy games console which can be played anywhere.” 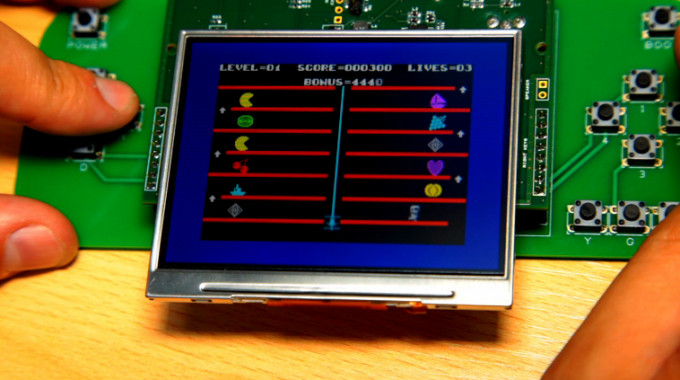