Adventure game where you have to help heroes escape from another dimension, by controlling two of them at the same time, while solving puzzles and travel through mazes.

Early historyWhile developing other smaller casual games, we realized that we wanted to create something unique, a game that could have an original gameplay with beautiful graphics, and amazing music. We knew it won’t be easy, so we started to get and create assets for this project. We played with a lot of ideas, finally deciding that this was the game that we wanted.

After thatWe worked a lot on the main idea until we got it: a dual controller, which involves mind skills and physical coordination. Then, we created the first prototype, that we showed to our family and friends, to get some feedback. We aimed our game, to be difficult, just like those good old school games. It seemed that we nailed that, because everyone said that it was a difficult game! After getting feedback, we started to plan the levels, and designed the main menu. We decided that the first launch, will have 30 levels, and the possibility of expanding that to several worlds of 30 levels each, in case that people enjoyed this first world. Then, we had to think about funding. Fortunately, we could self-finance our development through freelancing and working in other projects. It took us about a year and a half to get this project where it is now! We spent countless hours designing the levels, improving the controls, planning gameplay and more. We are, to this day, still improving the game, as anyone can check by the regular updates that we are sending to the store! Furthermore, we are planning to get the game into Steam, so! Stay tuned! 😀

Thanks! A pleasure to be here!

My first gaming experience, was with an Atari 1800xl, when I was 4 years old. It was an exciting piece of hardware, and I remember games like Draconus and Ghostbusters. For me at the time, those were masterpieces. Gaming at that time was an entire experience, using those big floppy disks, and hoping that they won’t break just by inserting them into the drive!

My first experience with game programming, was actually creating a mod for the command and conquer red alert game in 1997. It was very interesting to see how a few tweaking here and there, spawned a completely different game. With the voxel engine you could even create new units very easily.
Later on the road, while studying software engineering, I learn how to use the openGL api, and started doing research on computer graphics. Then the iOS madness started and we got into that train. We worked for a couple of years doing some games for ios, and finally ended up doing games for every mobile platform

At first, during the iOS Era, we used xCode. It’s safe to say that the apple way was quite different from what we were used to (signing your apps with Apple keys, being tied to use only one IDE, among other things) but we played along.
When unity began rising as a more mature environment, the switch was a no-brainer. The production speed increased ten-fold, and the asset store helps a lot when your graphic design abilities aren’t your stronger skill 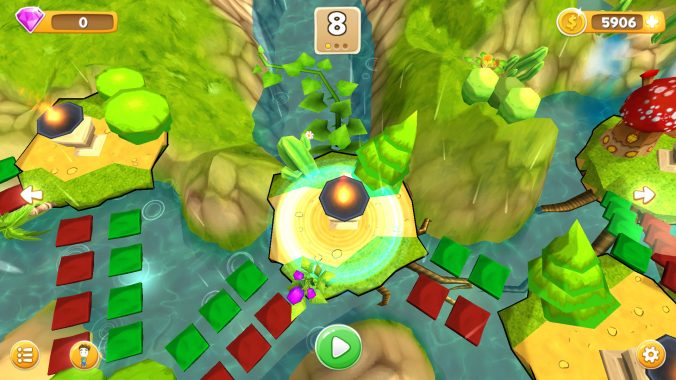 Well, at first the idea came out, because we wanted a hard mobile game. We thought that the majority of the games out there, are casual, and the ones that are not, aren’t that hard. We wanted to make a game that tackles that old school feeling of frustration when you can’t complete a level, and at the same time that feeling of joy when you do.
The main hurdle here, is that we realized that making such a game, would take a long time, and in the middle, you have to eat, buy things, and pay rent.  So we still had to work full time or freelance jobs, to get money so we can finance this project. Finally after a year and a half, the game was completed.
The hardest part: defining boundaries. While you are making this kind of games, you want to throw in 100 levels, with everything an AAA title has. But then you realize, that you can’t do that and finish your game in time. So, cutting out things that you’ll love to include, that was hard. But of course, with the ability to udpate the game, we will be including many of those left-out features 😀 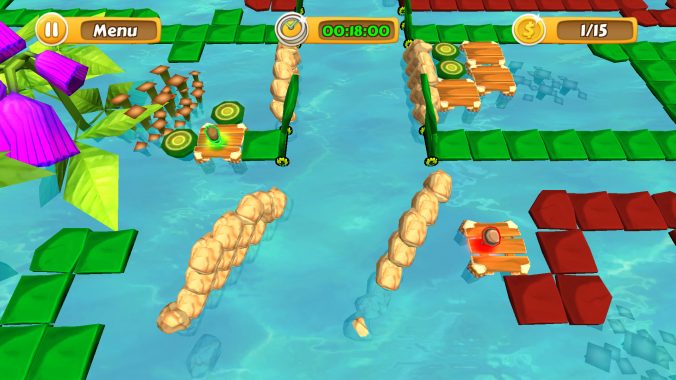 Right now we are focusing on promoting this game. But, we want to make a few casual games with ideas that had came up during the development.
Also, after we finish the multiplayer module of TWIN ROADS, we would love to make a multiplayer mobile capture the flag game, as we always love that genre 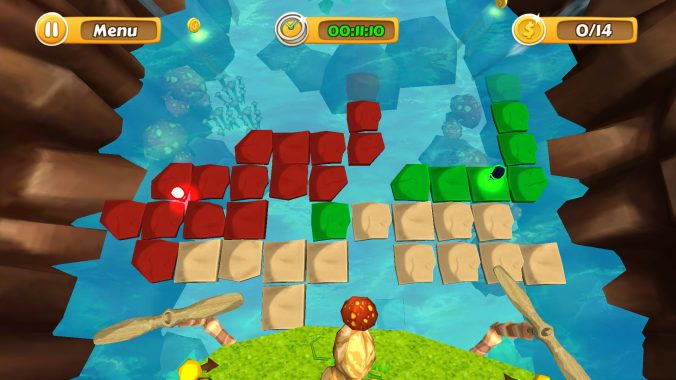 From 2010 to 2013, we made a few games for iOS. Unfortunately they are no longer available as that startup shut down. Afterwards, with WarPI games, we made a couple of test games, to get the team going, mainly casual and they focused on key development thing (like trying the Facebook plugin, the inApp modules, and to measure the team productivity metrics), before starting our main title.
Then, in the middle of Twin roads development, we came across the IGM contest (http://contest.gamedevfort.com/ ), and we decided to participate.
We made an FPS horror game, named Omega Carinae ( http://contest.gamedevfort.com/submission/298#.V5umI_mLTIU ), and it ended up wining the people’s choice award. We made a very strong campaign, learning a lot about marketing in that contest. For that we are very grateful for the opportunity


My favourite computer was my Amiga and console the Megadrive do you have a favourite?

My favourite computer, is my old Atari.  I still love that thing. And my favourite console, was my ColecoVision. I spent countless hours playing Moctezuma’s revenge and pitfall in that one

Tough choice. I have a few, so I won’t pick one, I’ll just say Pitfall, Moctezuma’s revenge, Draconus, Ghostbusters, among so many others… As i’ve said, hard choice!

On the current consoles, Mass Effect is the top winner. Yes, with the updated ending, of course.

Without a doubt, Atari’s ET. Unfortunately I couldn’t bury my copy in the desert. But I had happily lost that thing a long time ago.

If I have to say, I would say an embedded link to play retro games directly on your site, but, due to licensing, that could take a while 😀