It all started when Timothy was a child living in a fishing village named Little Fish. One day, he was abducted by a group of aliens that were part of an organization that tried to save planets. After telling him that an invasion would come to Earth in the future to devour everything, they gave him the only tool that could save the planet. So that the tool would go unnoticed, these aliens had converted it into an ordinary human object: a deck of cards. Timothy was thrown back to Earth, and he just continued with his pranks.

Some years after, Timothy has become a very influential gangster and, thanks to his fruitful business, his small village is now a large city where gangs and corruption are the norm. But what happened to the tool that would save the world?

My first experience was with a Sony MSX 2. I got it second-hand when I was a
little child. In this system, I had the chance to enjoy games like Nemesis 1 and 2,
Salamander, Super Tritorn, Metal Gear, Ale Hop! (I remember this last game
specially fondly). I have to admit that I could be several hours remembering titles
from this system. I’m sure it marked the way I understand videogames. 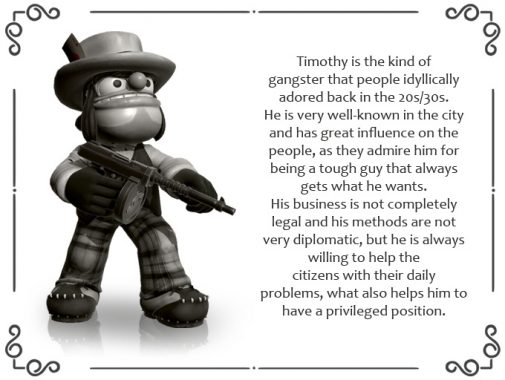 Actually, if I think about it, since I remember. When they bought me the MSX, I
was about 7 years old. And it wasn’t actually for me, it was for my older brother.
Since then, I spent a while with it whenever I could. I had to do many things with
commands and I started to be curious to know what I could do with those
commands. Changing the screen colour, the colour of the text… I started to draw
with the fill function… animations… and if I was able to do that, why not trying to
do what I liked most? videogames ^^ So I started by making the Math Gorilla with
a book about Basic for MSX. 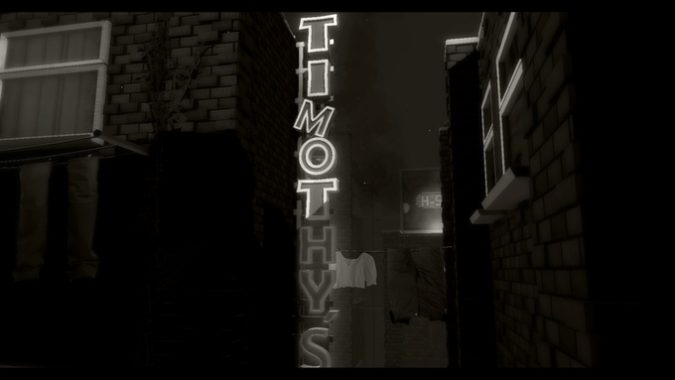 What development tools or coding did you use?
We’ve been working for almost 10 years with ShiVa Game Engine
( http://www.shivaengine.com/ ). It’s a tool we really like because of the way it
allows us to work. From our point of view, one of the best engines today. The
resource management, the script and, certainly, the fantastic group of tools it
includes allow to create great things in very little time. Without a doubt, a great
point in favour of this engine is the team that develops it. I’m in touch with one of
the guys and I’m always asking him questions, and he always helps me in an
excellent way. We feel they are a team that is creating this tool with affection,
above all else, and we agree with that as work philosophy.

This is a difficult question. Actually, many. To sum up, I’d say two: the first one is
the time. We’re passionate about creating experiences. Irene (co-founder) and I
are couple, and we spend a lot of time together. We’re sometimes talking until
the small hours and thinking on ideas for games, scripts, gameplays and many
kinds of crazy things… But in the end we always have limited time, as we have to
add bills, taxes, rent… pfff, it’s really difficult sometimes. The second hurdle we
have, being a small studio, is communication. When we’re working on a
development, we’re unable to do anything else and we put communication aside.
And that make us lose contact with the people that is interested in our games. 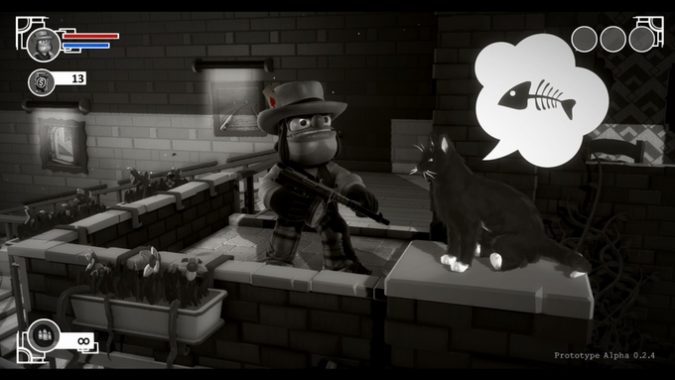 I can’t currently stop playing Timothy vs the Aliens in my head. Actually, what
we’ve could show until now is just a simple draft of what we want to create. I
dream of making all the episodes I have in mind for this project. We’re writing the
script with a lot of care. Although the project may look simple in its current state,
it’s quite the opposite. Indeed, we believe we haven’t communicated that well.
There are more than 30 different characters in the script. We’re creating every
character as if it were the main character and mixing all their storylines between
each other so that the story of the game will be very rich and solid. The goal is to
tell the story of Timothy’s life and his world. Certainly, the final game will be much
more complex, dark and adult than what we have right now. 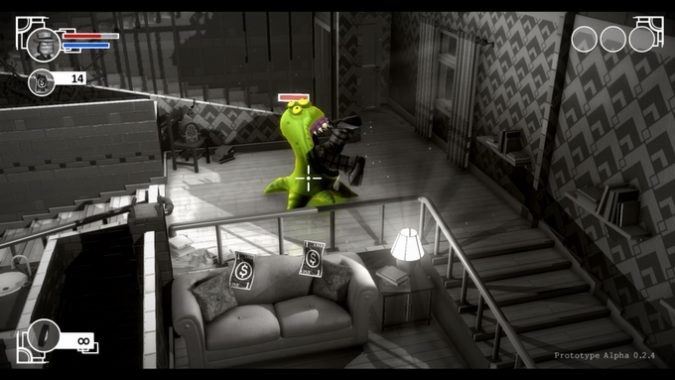 We’ve been around 10 years creating video games professionally. I worked for
many years for Blue Shadow Games, company Irene and I founded together with
my great friend Antonio Martinez. During that time, we created several titles:
Non-flying Soldiers (PC), Naught 1 (mobile), Naught 2 (mobile), Crosak
(mobile)… In 2014, Irene and I founded Wild Sphere, and during this time we’ve
published Ninpoop and H-Spaceship for iOS, and Naught Reawakening for PC
on Steam, this last game published in collaboration with our friends from Genera
Games. 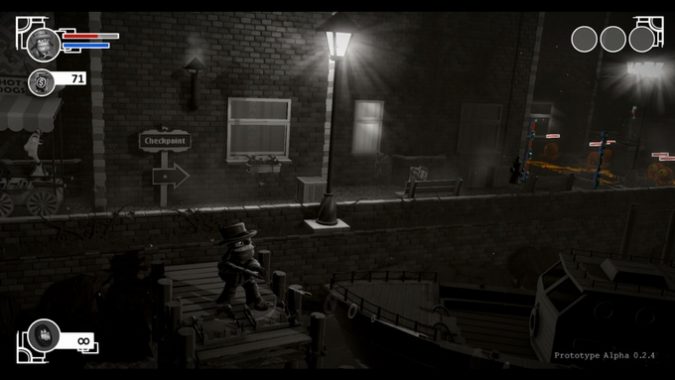 My favorite computer was my MSX, but about the console, it’s a bit more difficult.
My heart during childhood is with SEGA, without a doubt my Megadrive with the
COMBAT PACK, the amazing Sega Pirate TV, Segata Sanshiro on Saturn. Just
writing it gives me nostalgia! But I have to admit that I also keep great affection
for my Atari and my Nes. I still keep the Double Dash cartridge on the shelves. 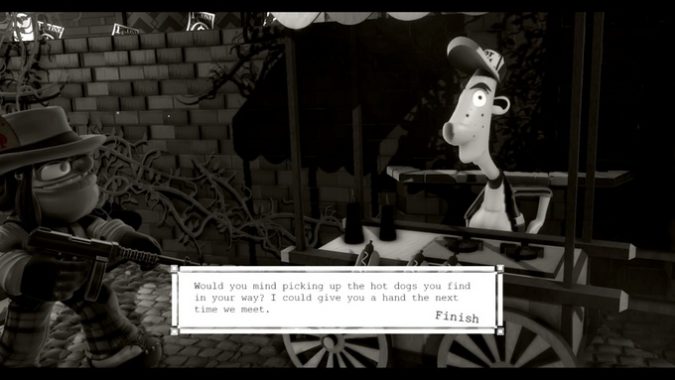 Alex kidd, Metal Gear, Sonic 1, 2, 3, knuckles, Ale Hop!, Super Mario 1, 2, 3,
World, Little Nemo, Panic Restaurant, Chopper… there are so many and they’ve
meant so much in my life that I couldn’t choose only one of them.
Do you still game on the current consoles if so whats your favourite game?
Yes, both Irene and I are gamers. If I’d have to say one, I’d say Lumines. But I’ve
recently enjoyed Bloodborne and Uncharted 4 very much. And undoubtedly, two
games that have personally marked me in recent times and have redefined my
way of making video games are Black and White, and Fable 1, 2 and 3. So if
Peter Molyneux is reading this lines, I’m eager to see his new game! 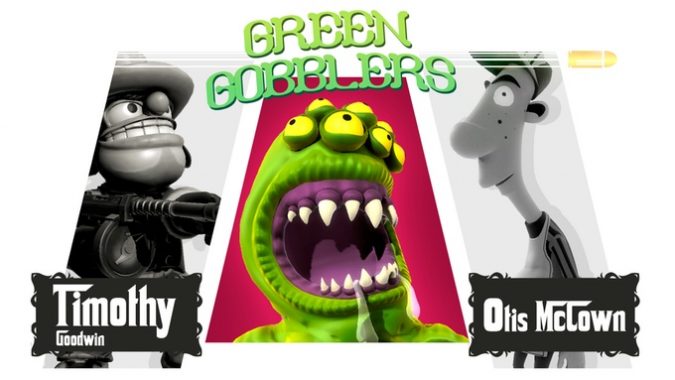 Not long ago I played again the first video game I made – Lights for mobile. You
can really tell how inexperienced I was. It was tremendously boring. Other game I
remember I didn’t like at all at the beginning, but I finished it several times and I
took a liking to it, was Rascal on PSX. 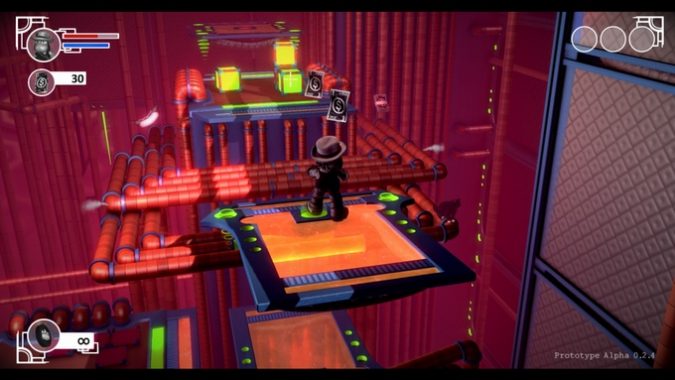 Finally what game or feature would you like to see on Retrogamesmaster in
the future?

I’d love to see Little Nemo or Panic Restaurant. They are games I love and I think
that, although they aren’t remembered very often, they’re great pieces of this
sector.