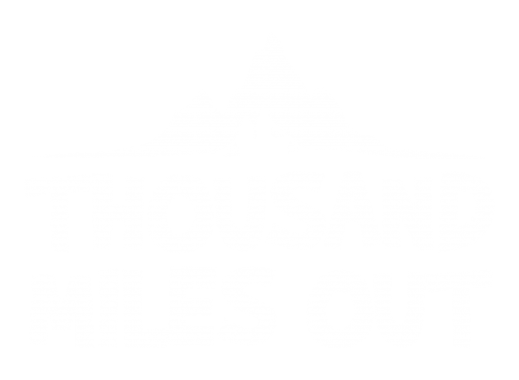 The battle for survival on a desert-island – In “Thousand Miles Out” you take on the task to guide the last four survivors from a ship lost in a storm through their daily struggles to survive.

You have to select the 4 characters that you will guide. Possible choices are for example a biologist, a mechanic and a deck-hand. Each character has different skills that you should make good use of.

Other than in most survival games, the goal is not simply to survive as long as possible, but to find a rescue and leave the island.

In “Thousand Miles Out” we want to simulate the fight for survival as realistic as possible without losing the fun in the gameplay. If something would not work in a real survival situation, it will also not work in the game. We call it: true wilderness survival.

A situation that is merely uncomfortable in the safety of civilization, can be life threatening in the wild. Nature does not show pity and does not forgive mistakes. The battle for survival in Thousand Miles Out feels just like that. Example: If one of the characters gets sick, then he really is sick. It will not only be noticeable by a changed status bar, the character will actually have to rest and recover in bed. And if it is a serious disease, he will have to be looked after by someone.

Your tasks in the game:

What was your first gaming experience?
My first experience with computer games was on an old Alphatronic P10. I always played
Yahtzee against the computer and after a while I figured out that the computer was cheating. After that I lost
interest in the game.

My father was a developer and as a child I used to sit by his side and watch him work. When he
wasn’t working on the computer, I spend my time playing computer games. I think this has started my
path into my career in the computer game industry from early on in my childhood.

We use Unity 3d and C#. As we have developed many multi-player games as well, we use PHP and
Mysql on the server side.

During the development of computer games there are always a range of hurdles to pass. Can we do it
from the technical side? Is the game design good?
Is the game fun? In “Thousand Miles Out” it wasn’t
so much about those topics though.
With this game we are, for the first time, using Kickstarter. It is
not easy to describe a game idea in just a few words so that others understand it and get excited. The
biggest hurdle right now is to create excitement for a game that can’t be played yet.

Honestly, I have no idea. I have many ideas, but no concrete plans at the moment.

We are a small studio and have spent the last few years developing browser games. Sports
management games to be exact. The most successful one with the football manager “goalunited”.
My favourite computer was my Amiga and console the Megadrive do you have a favourite?
C64. I didn’t use to own consoles.

Pirates, on C64, without a doubt. I spend months of my life with this game.

Of course. We have a PS4 at home and I play on the PC as well. On the PC it have spent a lot (and I
mean A LOT) of time with World of Warcraft and still do. On the console I have lately played “The Last
of Us” and “Fallout 4”.

I really can’t give an answer to that. I forget about my experiences with bad games pretty quickly.