CLICK BELOW TO VOTE FOR US ON STEAM GREENLIGHT

I think the first game I remember playing was “Oregon Trail” on the Apple IIgs. It probably wasn’t my first game, but it made a big impact on me. It told a story, it had action (hunting), it was infinity re-playable, and most of all it was fun.

I first started programming in Basic as a kid. I’d go to the library and get those books where you’d type code and you’d have a completed game. I was hooked! How cool was it that I could make a computer guess a number I was thinking? Since then I played lots of games and learned to program. It wasn’t until after college that I really started to create games I thought people would enjoy. 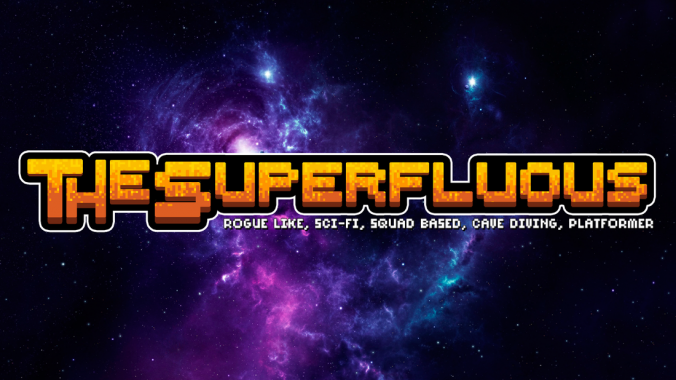 My love language would be Java. I know it really well and I actually teach it as my ‘real’ job (I am a High School CS teacher). I’ve made several games in it using LWJGL. Then I found GameMaker. It was so easy to prototype new game ideas without having to build (or tweak) an engine like in Java. It would compile into Android, iOS, PC, Mac, Linux with a press of a button. So I just went with it. I first started creating Android games with a few of my students and once again I was hooked. Four years later I am still making games and loving it.

Programming comes easy to me, I could do it all day long. The issue I had with this game was/is marketing. As other indie devs will tell you, we aren’t the best at talking with people or communicating our idea for our games. This is the first PC game I’ve made so I knew if I wanted to be successful I’d need to step out of my comfortable developers cave (my garage office) and present my game to the world. I thought it might be scary, but I was surprised to be greeted by other devs that were peeking out of their cave too. The experience has been very positive.

After the completion of the game, what game will you make?

I have already been thinking about that. I’d like to create another game in the same universe as “The Superfluous”. A continuation of the story, but maybe a different game style. Ideas are still floating around in my garage cave 🙂

Besides the hundreds of game prototypes that will never see the light of day, I’ve published several Android games. https://play.google.com/store/apps/dev?id=6201851602460773082

I’d have to say the Commodore 64 was my favorite computer. It had sick games (like M.U.L.E.), and the best graphics at the time. My favorite console would be the SNES. We never had a console in my house until the NES. We were a computer family. The SNES made games like Final Fantasy which really spoke to me. It is the only ‘old’ console I still have hooked up.


What is your favorite retro game?

Oh man, that’s a hard one. As a gamer and a game developer, that’s a really hard question. I love all games and all styles. My favorite PC games would be Fallout 1 and 2, Rogue, and NetHack. My favorite SNES game Final Fantasy III. My favorite NES game (don’t laugh) is Excite Bike.

The last console I owned was a Xbox 360.  I find I enjoy games more on the PC than the console (my library of 700 Steam games should attest to that). Maybe it’s the controller?

As many good games as I’ve played, there is just a load of bad ones. The first one that comes to mind is “Big Rigs”. I mean what racing game has no collision?

What can I say, I love Indie games. You should do more of those 🙂