We are Third World Productions, a company, that use the power of creativity and hard
work to make our projects, because even if our budget it is not the biggest that there is,
our gam
es will always be better than our circumstances.
We have been working in this project for almost 5 years now, put it in all of the free time
we got, and trying to make an unique experience in our comedy Point and click game, we
always had tough times tryin
g to develop this game, but we are getting closer to getting
what we need to finish it.

You play as Jacob, the antagonist, and the antagonist of the antagonist, Sammael, with
who you shall resolve puzzles, combine items at your leisure (of course
, if the game allows
it), play mini games that will challenge you in personal and spiritual level, and of course
you shall meet weird characters that would make an effort to help you, or make your life
hell (we are really expecting for both).
Being develop
ed for Windows (for now).
We always wanted to make a game where the puzzles were hard, where you always feel
that accomplishment when you overcome odds against you, and you feel rewarded for
your effort, and that’s the base idea for our project.

–
Beautifully animated pixel art modernized and combined with modern techniques.
–
Point & click gameplay where you’ll mix items and ideas to solve puzzles, evade enemy
attacks and face your fears.
–
Full of mini games, action, puns and explosions, inspired by ancient games and ancient
cultures.
–
Use your mighty hips to play Mesoamerican ball or ōllamaliztli.
–
Use your wits and confront the spirits that oppose your path.
–
2 interconnected stories, pla
y as Jacob the little conqueror, destroyer of the east cities
and descent from the Axtlans and the Westerners and Sammael, The last survivor of an
ancient civilization of beasts that fed on humankind.

What is your first gaming experience?
Playing Killer instinct on the SNES, I was like really bad in it, but it came with the SNES and my family didn’t know the violence that came within, later the buy my Super Mario All Stars and sell my Killer Instinct which I think was a bad idea to play when you are less than five…

What got you into programming games?
My need to eat, hahaha just kidding, I started as a musician 7 years ago, two years later I come up with an idea for a game, and see that my musical skill wouldn’t be enough so I learned to make basic pixel art and learn programming on c++, so basically the need to make my project a reality.

What development tools or coding did you use?
We use Unity as the engine for the game, we decided for this tool because it has the larger developer community of them all and it is fairly easy to use. I learn to program on c# like 3-4 years ago and that the program language we use.

What hurdles did you have making your current game?
The biggest problem we have had is the one concerning funding, all the money we have used so far was from us, and of course we tried to get governmental funds, getting investors in the project, but it’s something that it’s not in their minds right now.

After the completion of the game what game will you make?
I want to make a game with giant robots, where you don’t start with the greatest robot humanity has ever seen, but instead you start with a simpler one, which is not even complete and for every boss you destroy your robot became a better one.

What other games have you made?
I had work as a freelancer in a bunch of projects, which I cannot talk about, because contracts, but this game it’s the first one that I have created.

> My favorite computer was my Amiga and console the Megadrive do you have a favorite?
When I start playing on the PC, I don’t think they had names anymore, but my favorite PC is the one that I have right now, because it’s the most powerful one that I own.
My favorite console is the GameCube, which I played when I was passing by some hard times, so it’s the one that I remember the most.

What is your favorite retro game?
Earthbound and Age of Empires II.

Do you still game on the current consoles if so what’s your favorite game?
No, I mostly play on my PC now on days, apparently is cheaper to game there thanks to steam sales, and developers remembering that in our country we don’t make that much money, so games tend to be cheaper.

What’s the worst game you have ever played?
I really don’t remember, maybe it was so traumatic that my brain blocks access to that memory.

Finally what game or feature would you like to see on Retrogamesmaster in the future?
Anything made by me would be cool, but probably I would like to see a review on Paper Mario the Thousand Year Door which is one of the best RPGs ever made, in my opinion of course. 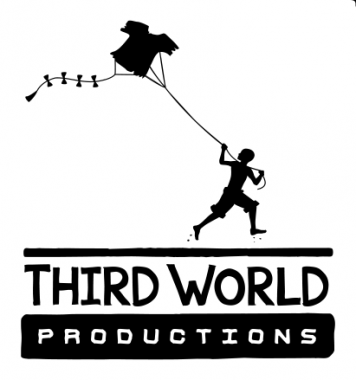