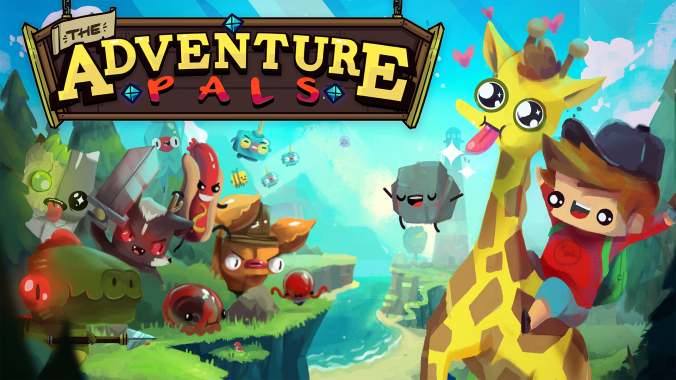 So what is The Adventure Pals? Take challenging yet exciting platforming, mix liberally with ridiculous big boss battles, slather on some RPG-style towns and exploration, and you’re on the right track! This time, the player is out to rescue dear old Papa, who’s going to be turned into a hotdog by the nefarious Mr. B unless you can stop him.

Together with the prancing, helicopter-tongue’d Sparkles the giraffe, and the smashing skills of Mr. Rock, you’ll romp (and stab) your way through a whopping 125 levels across five different areas, each filled with towns, minigames, and much more.

But wait, that’s not all! In addition to packing in over ten hours of sweet, sweet action and some animated cutscenes, The Adventure Pals will support local co-op with a pal of your own, gamepads, and all the delicious hotdogs you can handle. The Adventure Pals is brought to life by the people behind some of your favourite hit games, like Give Up 2, Achievement Unlocked 3, and many more.

First of all, Welcome to Retrogamesmaster.

Howdy, glad to be here!

I’m Julian artist on The Adventure Pals, I’ll be your answering the questions today, and tagging Jay in for the programming ones. 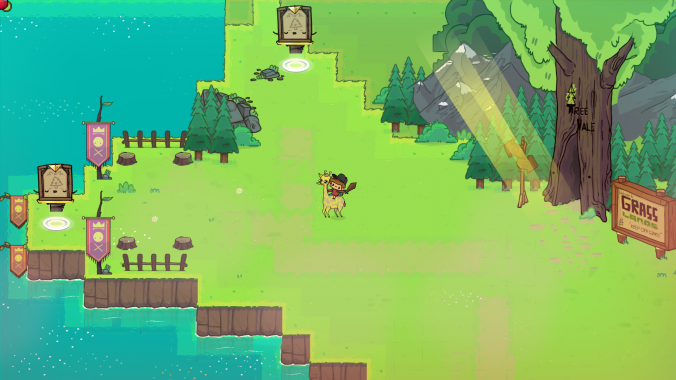 Some of my earliest gaming experiences were on my grandfather’s SEGA Genesis console, he would collect all the games he could as a way of bribing us to come over to spend time with him. Some of my favorite games from this era would have to be Sonic Games, They were a great inspiration. I fondly remember playing these and some more obscure games such as toy story which I thought was great as a kid! 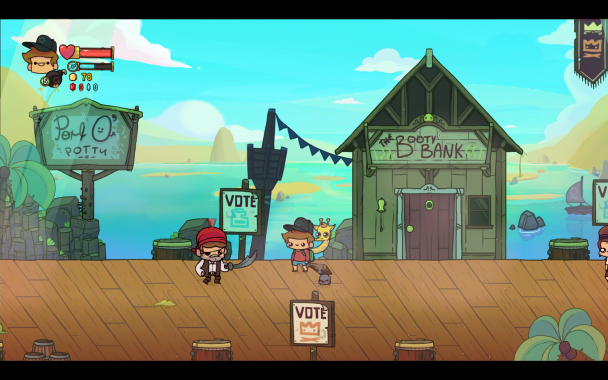 I had always loved drawing, and as I experimented more I found programs in which I could animate. Suddenly with animation, my drawings were able to spring to life and I found this fascinating. From there, it was a natural progression to begin adding lines of code to help give my characters basic commands and AI. All of a sudden I was able to control my animations, or even better – give them AI. The moment my drawings were not only living and breathing but were chasing after me I was completely hooked on game programming! The more I did the more fascinated I became, starting with small experiments I gradually became capable of programming entire games. I haven’t received any formal training in programming, there are such a wealth of resources on the internet, that you really can teach yourself. 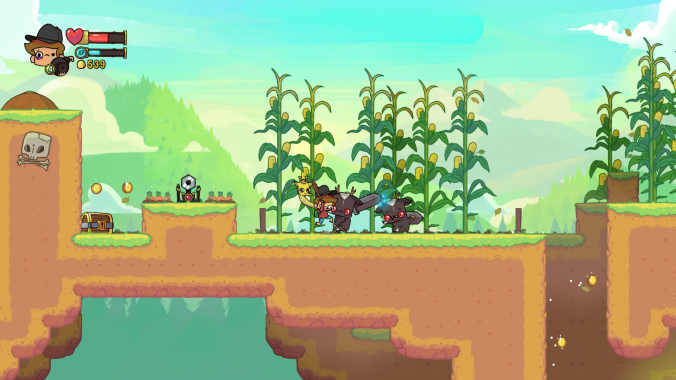 I learned to code with Adobe Flash, which is a fantastic tool for combining art and code very rapidly. Since then I have moved on to a programming language called HAXE, and with that, I use a library called OpenFl. Doing this allows us to cross-compile my code to a number of different targets. At the moment I’m focused on C++, but at the moment we are working on a way to compile to C# so that we can use Unity to target consoles. It sounds much more complicated than it is. 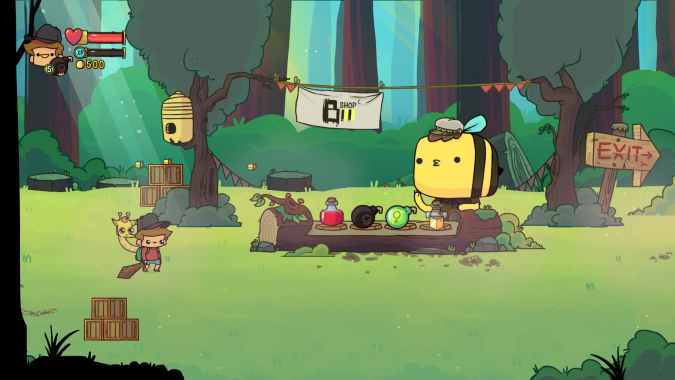 We’ve faced a mountain of hurdles with this game, We’ve spent about three years now developing this title. The game its self has gone through three iterative stages. We originally began developing it shortly Super Adventure Pals as a web title to be a sequel to this. We quickly realized we couldn’t just re-skin a new engine with the game, It felt wrong, clunky and ultimately a different game. Once we got onto our second iterative stage the flash market started crashing and making a flash game of this scope no longer made sense financially from which we decided to move to desktop. 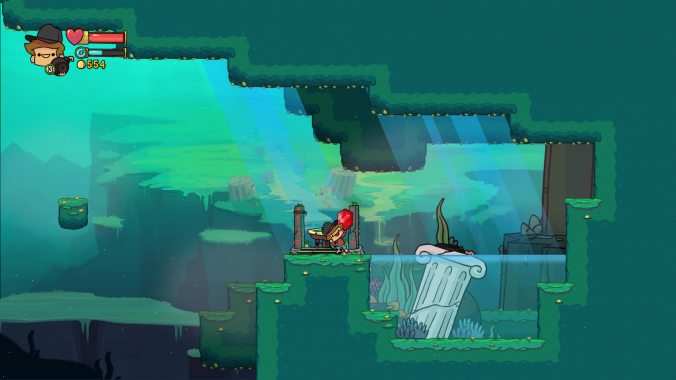 After the completion of the game, what game will you make?

I’d love to develop some super casual Mobile games with short turn around times, which comes after doing such a big project. It would be great to get out some of those ideas which haven’t been able to get out in the past three years out. I’d attempt doing the art & code myself which I have done previously with definitely more giraffes & bees! 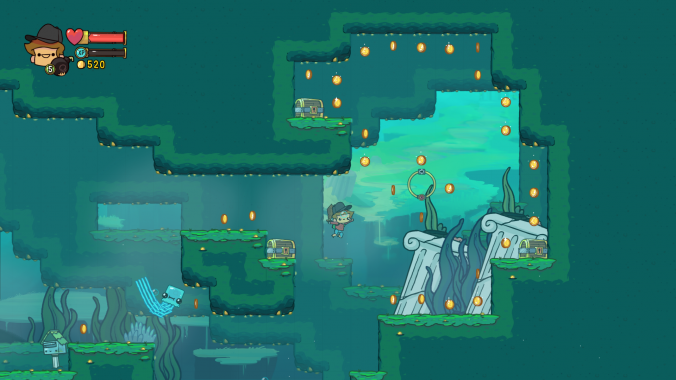 I myself have worked on about 15 commercial games, ranging from mobile, desktop, installations & game Jams. One of my favorites was Golden Fleece an installation game where we projected the game onto a wall than you’d have to throw balls at the wall to cause explosions to little Vikings trying to steal gold out of a sheep.

Following to this, Super Marshmallow Kingdom was my first solely developed game, which I’m quite proud of. Between the Massive Monster team, however, we have over 50+ Games.

Megadrive for sure! Such a classic with so many great games. Although I was always jealous of my friends with a Nintendo who could play Banjo Kazooie.

Computer windows 95, it was slow as butts, but I remember playing some great games on there such as transport tycoon.

Ghouls and Ghosts, this game was flipping great! I loved getting hit by baddies than losing all my armor / clothes.

I own a Playstation 4, which I’ve sunk about 3 hours into! I’m a sucker for pretty looking games with a hand made feel. But to answer your question I’m not sure on a favorite but BroForce is definitely in there.

Coming from web games, I’ve seen some pretty terrible games. But I remember being pretty disappointed with an old retro game “spot goes to Hollywood” Not to say this game was terrible, I just remember building up a lot of high expectations which were crushed by a red dot.

Definitely a feature about giraffes, like what kind of games they like? Do they ever use their tongue to use the controller? Answering the real question ya know. 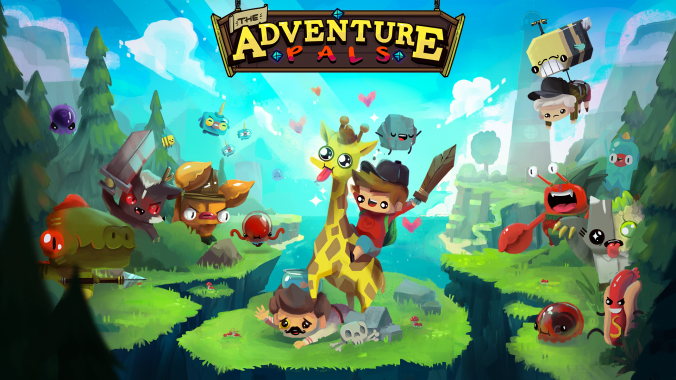