About Troglobytes Games:
Troglobytes Games is a small independent videogame development studio based in sunny Southern Italy, founded by both industry veterans and young talents.
We love playing and making videogames. Our mission is to create hight-quality and innovative games on various platforms using all the new available technologies and focusing on storytelling and aesthetics.

Tenebrae – Twilight of the Gods is a story-driven, fast-paced 2.5D Action/Adventure Platformer RPG paying homage to early 90’s classics such as Ghost ‘n Goblins and Metroidvania games while adding some fresh twists to the genre thanks to procedurally generated content.

The massive underworld of Tenebrae is procedurally generated from hand-crafted rooms and gradually unravels before the eyes of the player with its plethora of traps, secrets and hidden treasureswhile blending with larger, open safe zones.

Use both melee and ranged weapons empowered with obscure magic to fight against unique, huge bosses and their armies of demons and other eery creatures.

Tenebrae will be released on Steam, Xbox One and Playstation 4.

Tenebrae is live on the Square Enix Collective Campaign http://bit.ly/1H4sGAR


What is your first gaming experience?
The first videogame I played was Atari’s Moon Patrol on an ancient IBM 8088 PC! I used to play a
lot of C64 games as well at a friend’s ho 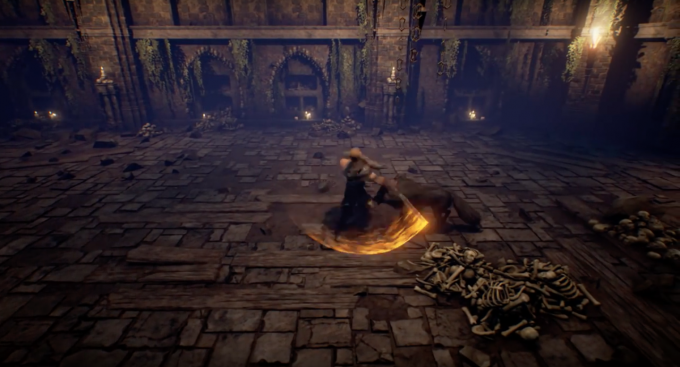 What got you into programming games?
Personally, I’ve always wanted to develop games since I was a kid and I saw a videogame for the
first time. Today for me working on games is some sort of homage to that era’s games. 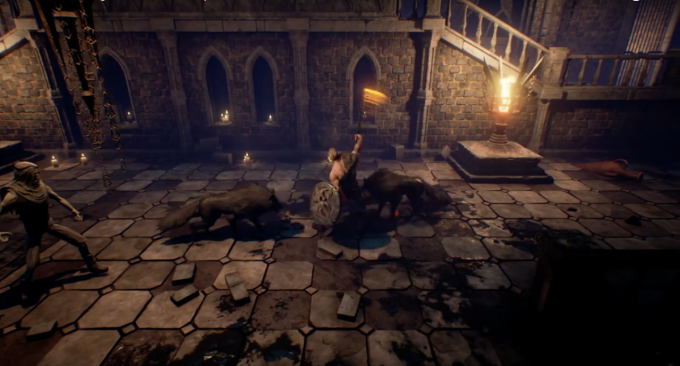 What development tools or coding did you use?
I’ve been working as a 3D artist for years, then in 2008 I decided to switch to the dark side of game
development (programming). I started with XNA and C#, then i moved to Unity and in 2014 I
started messing around with Unreal Engine 4. 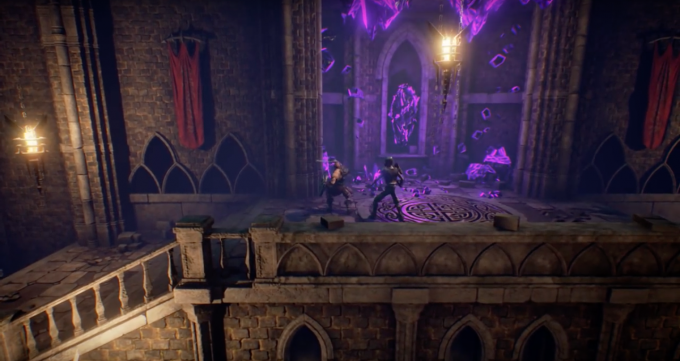 What hurdles did you have making your current game?
We started our project in Unity since we’ve been using it for years but then decided to switch over
to Unreal Engine 4. The transition was not so easy in the beginning, mostly because of totally
different architectures, but in the long run we got to know UE4 better and it’s a great platform to
develop with.
Also, it’s our first console game ever (except for a GameBoy Advance title we worked on back in
2001), so the console development world is all new to us and it presents some compelling and
interesting challenges. 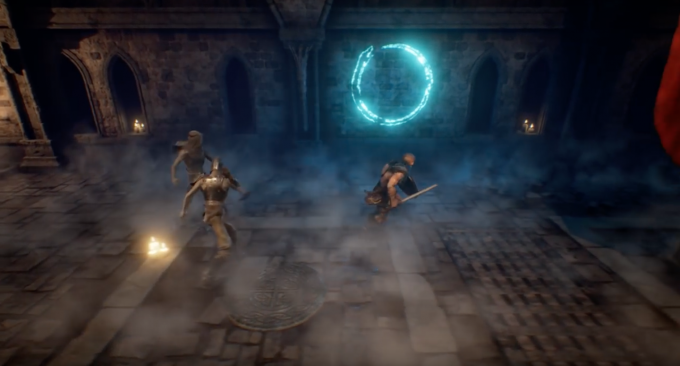 After the completion of the game what game will you make?
It’s way too early to think about our next game; we need to stay focused on the game we’re
developing and we’ll see what future brings! 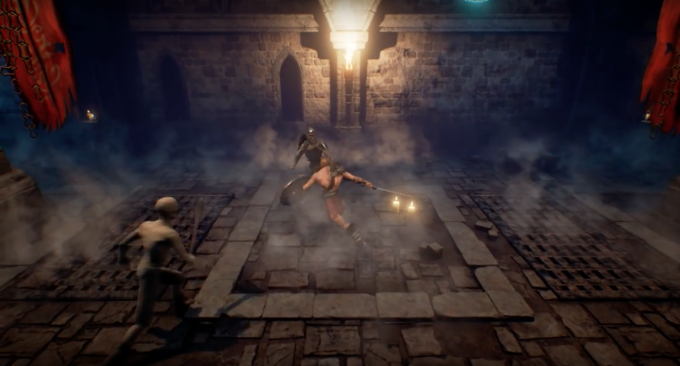 What other games have you made you made?
It’s our first game as a team (Troglobytes was founded last year), but there are some veterans here
which have been working on different games in the past, mostly doing some freelance work. Just a
couple of titles: Blockstorm, Shadows on the Vatican, The Repopulation. 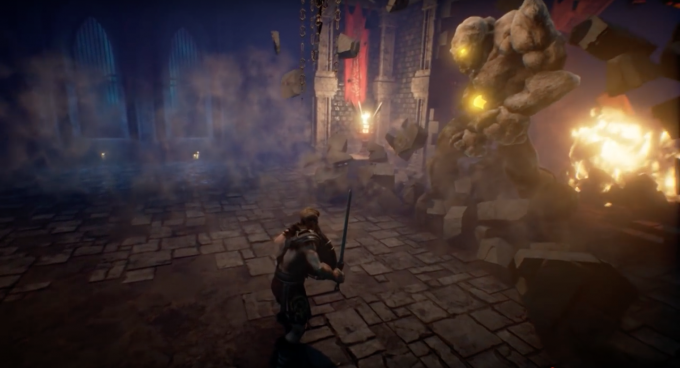 My favourite computer was my Amiga and console the Megadrive do you have a favourite?
C64 and Amiga! Here at the office we also own an old arcade cabinet with original games from the
past. We like to play some now and then! 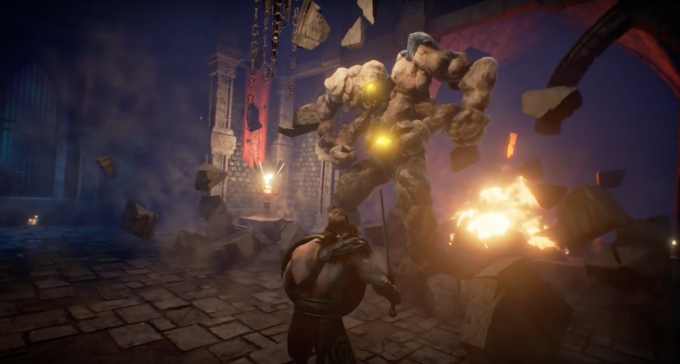 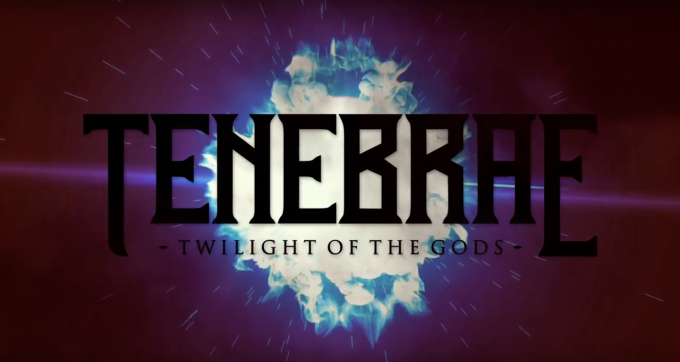 Do you still game on the current consoles if so whats your favourite game?
Yep, we have to keep up with the latest releases to see what’s around. We usually play on PS4 but
we like indie games best. 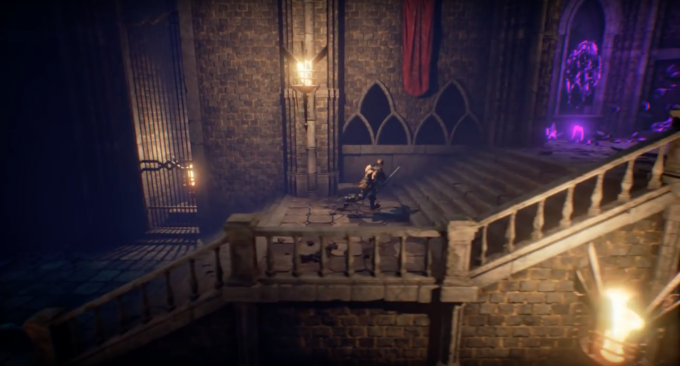 Whats the worst game you have ever played?
I think it was called Pit Fighter, some fighting game inspired by Mortal Kombat (I guess). Still, I
own the original box of the game here at the office, together with a lot more. 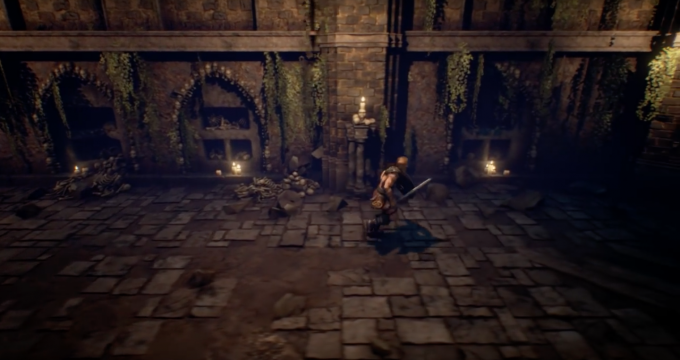 Finally what game or feature would you like to see on Retrogamesmaster in the future?
I think Regrogamesmaster is doing a great job, I wouldn’t change anything at the moment. Keep up
the good work!