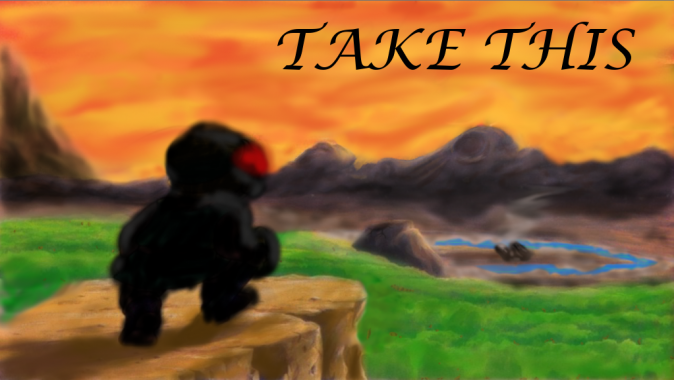 Take This is a game meant to bring back that nostalgic feel of playing those old games that we all loved playing as a kid. It features a retro style art made to emulate the feel of the original Legend of Zelda game while spinning in some new elements to utilize the new processing power that the old systems didn’t have access to.

We have been designing the game for the past year, trying to get the look and feel just like the old retro games. The whole game takes place in a world called the Interim, a dimension between dimensions full of the chaotic energy that binds all of the worlds in the multiverse together. As players start up their game and take on the role of one of the five “heroic” species they will be presented with a digital comic book style entry where they are shown all the panels and minor animations that lead into you finding out why you were sent to this strange world and what your groups ultimate goal is from this world.

The Interim is not welcoming to outsiders, being a world that was designed to test those inside it to their very limits and kill those who failed, you are looking at nothing but death ahead of you as you start. From the beginning of your quest you are attacked, Your crew dead you are forced to rely upon a copy of you from a parallel universe(a second player) or your own skill along with a raving mad shop keep, and a strange old man.

In order to escape this hellish world you must join forces with the surviving rebellion and help take down the man who has claimed the title of Lord of Reality. The only way to do this is to fight your way up through the layers of the Interim, forcing your way through his grand fortress using the 9 core elements that form the world itself. On each floor you must visit 8 sacred sites and collect the elements from them, by either fighting your way through an ancient temple to forcibly remove the element from its guardian or simply approaching the shrines and collecting the displayed element and its associated tool.

But the quest to escape was never your goal in the first place, you were sent here for a reason and you must complete that. Warmongers were sent to seek out better weaponry in this seemingly ancient stronghold. Mystics are searching for the source of all magic. Neutrals are searching for a lost comrade whom had gone through the portal before them. Moguls are searching for the next great stash of loot to sell. And Zealots are looking to spread their faith or cut down the heretics.

With your goals in mind you head out in the world, guided by the mysterious old man who teaches you about the things around you and the things to expect inside the temples. He occasionally guides you to side quests that have significant importance to your quest, or at least importance to the ease of your quest.

Much like the retro rpg games side quests are very important if you want to change up your difficulty since you are lacking the option of changing it manually. As you complete side quests you will gain rewards that will steadily make your game easier as you go, from making you run faster to granting you more life to even providing rare and powerful weaponry that you couldn’t get otherwise.

Our small team works hard on making this game even with medical issues in the way, and without the support of the fans and the people who want to see this game get made we probably wouldn’t be where we are today. Our community is strong and supportive and greatly appreciated for supporting us all this way, and for that we thank them.

My first gaming experience I remember is playing the sonic games on the SEGA Genesis, I couldn’t have been more than three and I was obsessed with the character and built my love of video games off of a mostly friendly competition with my uncle in seeing who could complete levels faster or with a higher score.

When it comes to actually creating games I got interested in it when I played Pokemon Snap a few years later, With how much I played that game I eventually came to the idea of how fun would it be to create games, create these things that I love so much and so many of my friends enjoyed. 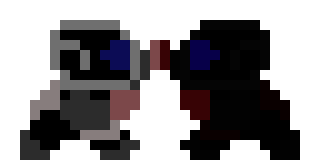 Currently we are using Game Maker to make Take This, using C# make it. I only get to handle the really low end stuff so its primarily the XML that I handle to write out how various tiles or behaviors work. 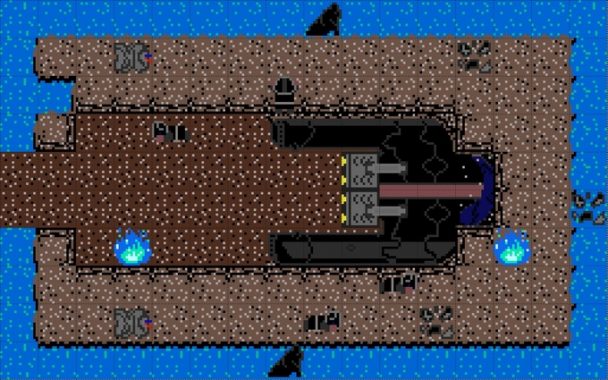 We have had to jump many hurdles in making this game, our three man team has two people suffering from medical conditions that keep us from working in normal jobs so working off of a next to non existent budget with no income to speak of we have had to just keep our nose to the grindstone and try to get this out before the budget ran out and we had to find other means to fund it.

We already have a dozen or so games in line for what we want to make, the first of which is a direct sequel to Take This called Chaos Returns, being a rogue-like variant of the world where the items and maps are randomized as the world you worked so hard to free the chaos in is once again consumed by it.

This is the first release for us but before this we attempted to make two games, an MMO and phone app which got a lot of attention from everyone we talked to about it but unfortunately just didn’t have the funding to pay for the server space necessary to get them running properly.

Favorite computer wise I have never really had one, computers were always a tool and I just got one that fit what I needed at the time but when it comes to gaming consoles I have to say it is either a toss up between PC gaming and the N64 because I have probably the most memories of gaming during that time, I had so much fun with the N64 games.

My favorite retro game has to be the original Legend of Zelda, even though I didn’t get it play it when it first came out, I spent many hours trying to figure out where everything was hidden on my own.

I do still game on the current consoles, and currently my favorite game is Borderlands 2, it was such an improvement over the original and unfortunately the pre-sequel just felt like it was a back step with it missing so much of the ridiculous things that just made the series so fun to begin with.

Worst game I have ever played was Death Tractor on Steam, it didn’t explain things very well as to what you had to do and just threw you into a stressful competitive situation without any obvious goals while making it far too easy to lose.

The game I would like to see on Retrogamesmaster in the future is Songbringer, another retro zelda-like, its made by a guy who has vocally supported us since the very beginning of this dev project and has helped guide us to become successful. The man in charge of the project is very positive and a tireless worker who treats his game like his baby, and has a lot of hard work put into it. He deserves more attention than he gets. You can find him on twitch as @Wizard_fu or twitter under the same name.