Developer:
One Legged Seagull Games
Based in Queensland, Australia

One Legged Seagull is a solo indie game dev based in Queensland Australia. Super Indie Karts is a 16-bit style kart game, similar in style to Kart games from the early ’90s, updated to a HD resolution with smoother controls, particle effects, and a modern physics engine. SIK features crossovers with other Indie Games from around the world, shoving their characters into karts and providing their worlds for racetracks. Indie Games like Canabalt (the original endless runner), Fist Of Awesome, Toto Temple Deluxe, and Whispering Willows. In-development unreleased games such as Aegis Defenders, Lobodestroyo, and Adventures Of Pip, which were also recent KickStarter successes, and many more with other upcoming crossovers yet to be revealed. It’s currently in Early Access development for Windows and MacOS through the game delivery service Steam, and on the Android micro-console OUYA, to be finished in 2015.

Super Indie Karts began it’s life on KickStarter in 2013 under the name “Super World Karts”, when the project failed to reach it’s goal, a few extra months of development was put into the game to make it look more enticing. In 2014, the project had a second attempt at getting KickStarted, and this time was successfully funded by 631 backers. 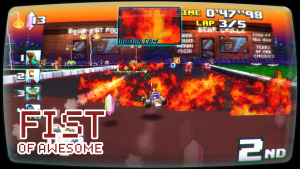 Pete: “First of all hello and welcome to Retro Gamesmaster”

Paul: “Thanks for the invite!”

Paul: “Well it was a pretty long time ago now, but one of my earliest memories of gaming was with an Atari Pong machine. I just remember being absolutely gob-smacked that we could now move things on the screen. Previously the only way you could interact with the tv was to change the channels, throw on a VHS, or move magnetised scissors across the glass to change the colours! :D”

Paul: “I got a Sinclair ZX Spectrum when I was around 7 or 8 and my mother would read out the BASIC program code from the manual and I’d type it in on the rubber keyboard. There was one example that wouldn’t run, as I think they had typed something like a colon instead of a semicolon (described to me as a “dot with a squiggly bit” back then). It took a while to realise why the code wouldn’t run, but that was probably my first experience of fixing code. Those early experiences were what gave me the game dev bug :)”

Pete: “What development tools or coding do you use?”

Paul: “Super Indie Karts is made with Unity, which I’ve been using for a few years now and absolutely love. For graphics I mostly use Photoshop and the excellent Aseprite.”

Pete: “What hurdles did you have making Super Indie Karts?” 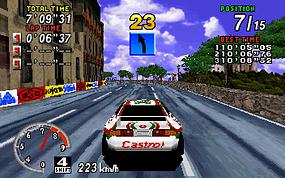 Paul: “The biggest stumble was in 2013 as Super World Karts, when the game missed out on getting KickStarter funding, but after reshaping the game into Super Indie Karts and adding some Indie crossovers the game was successfully funded in 2014.”

Pete: “After the completion of the game would you remake another classic I would love to see maybe a Daytona/Sega Rally game?”

Paul: “Daytona and Sega Rally are two games I was a big fan of, and I still play Daytona every time I see it at the cinema or at the local bowling alley, but it really looks like ’90s Arcade Racer will have that itch covered extremely well. Next up from One Legged Seagull will likely be either an 8 or 16 bit style platformer game which I’m hoping to start in mid 2016.”

Paul: “I don’t think I can pick a favourite console or computer, they’ve all given me great memories. I loved my Atari, ZXSpectrum, NES, Megadrive, SNES, AMIGA, Saturn, Playstation, N64,
Dreamcast, Gamecube, Xbox, Wii.. I can think of games on each that I really loved. “

Pete: “Do you still game on the current consoles if so what’s your favourite game?”

Paul: “This year I’ve played a lot of Mario Maker, Captain Toad, Shovel Knight and Mario Kart 8 on the Wii-U, some Alien Isolation on XboxOne, and a fair bit of Toto Temple Deluxe and Duck Game on the OUYA, and on iOS I played a heap of Bean’s Quest, Cut The Rope, Monument Valley, Smash Hit, and Relic Rush.”

Paul: “That’s impossible to pick as I instantly forget bad games, but I was always disappointed with how the Sonic series evolved. Then Freedom Planet looked back to Sonic’s roots and gave Sonic fans what they always wanted.”

Pete: “Finally what game or feature would you like to see on Retrogamesmaster in the future? 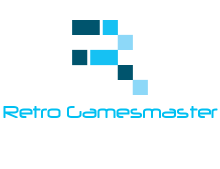 Paul “I’d love to see features throughout 2016 with more of the crossover games that are featured in Super Indie Karts – there are some really awesome games in that list made by some truly dedicated developers who would definitely give some interesting interviews!”​

Thank you for your time I look forward to seeing the finished game. The game is in Beta, It’s currently at v0.41 with about 6 more months of updates to come.