Halvarsson games is a small game studio, created by the Halvarsson brothers.

This is a story about two brothers, following their dreams.

The Halvarsson brothers were born and raised in Stockholm Sweden. Ever since their childhood the Halvarsson Brothers, had been playing video games and computer games. Early on they felt the inspiration to create a game of their own. They started to draw on papers and imagining how it would feel to play the games.

As time passed by they grew up (well…) and still had ideas for a lot of different games. Pitching game ideas and discussing game concepts as they kept playing video and computer games, as they still do today.

One day they decided it was time to do something about all the ideas they had. So in 2013 they started a game studio and gave it the imaginative name Halvarsson Games.

To get the experience needed, they started to work on a small scaled down project called Madly Maniacs for iOS. Over time it changed course and became Stupid Stones. It was released in 2014 for iOS.

Now the brothers had the experience they had searched for. Now they had acquired the skills.

Now it was time to aim higher…

Which leads the story into our present time.

We (The Halvarsson Brothers) decided to create a completely new Stupid Stones game for PC. This is not a remake of the iOS version. This is a completely new adventure, bigger and more kick ass! We decided to call it Stupid Stones: Adventure, as it is a brand new adventure on our journey to make our dreams come true. This game is currently in development.

-Thank you very much, the pleasure is ours! 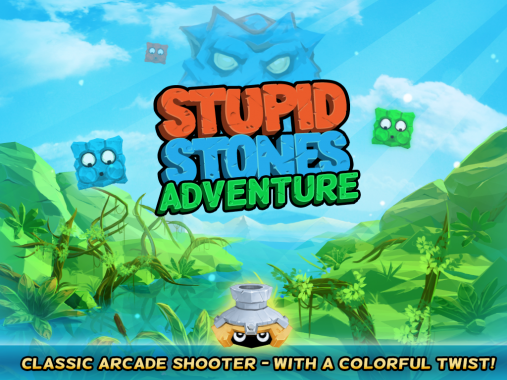 -It might have been Asteroids for VIC-20. But it was NES and C64 that
got hold of us for good. Later it evolved to SNES and Amiga 500 and so
on. 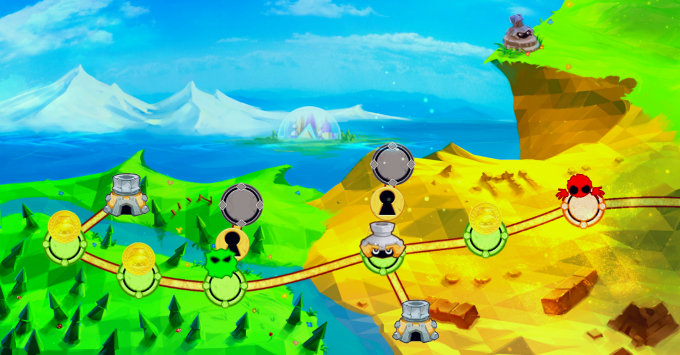 -We were playing computer and video games and a phrase that kept coming
up when we were discussing them was “They should have done like this
instead…” or “If I made this game…” Then one day we decided to stop
talking and do something about it. We were having too many ideas that we
needed to get out of our heads. 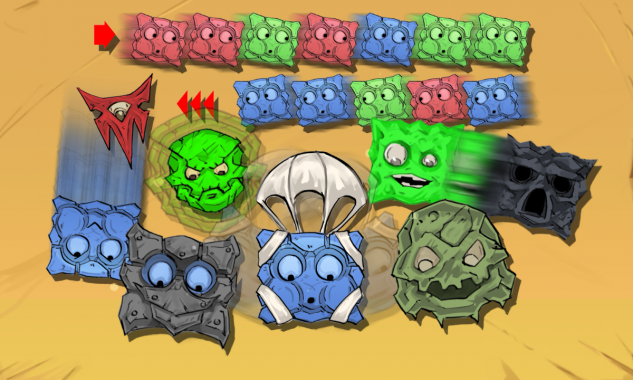 -At first, for Amiga 500, I (Per) used AMOS. I created a fantasy RPG
game called “The Tower of Evil”. It was very basic. Some images for the
game was created in deluxe paint. I kind of liked AMOS, it was easy to
use.
To celebrate this very first game, we call a place in our current
project Stupid Stones Adventure for “The Tower of Evil”.
I hear some people are actually still to this day programming in AMOS,
that’s awesome! 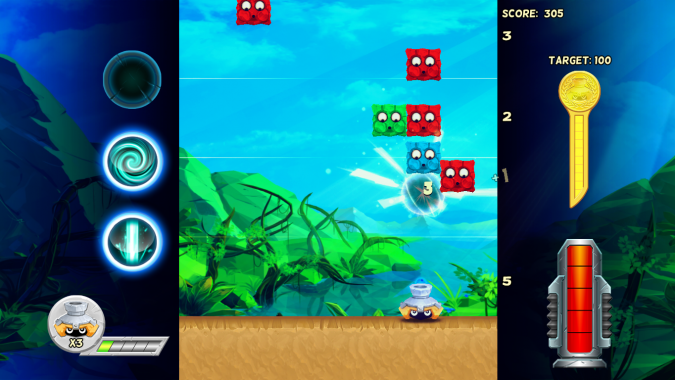 What is your current project?
-We are currently developing Stupid Stones Adventure for PC, MAC, PS4,
Xbox One, Wii U and Ps Vita.
It’s a classic arcade shooter with a colorful twist. You have to match
the enemies colors with your color-shots, Blue, Red or Green. See a blue
stone? Shoot it with blue shot, and so on. 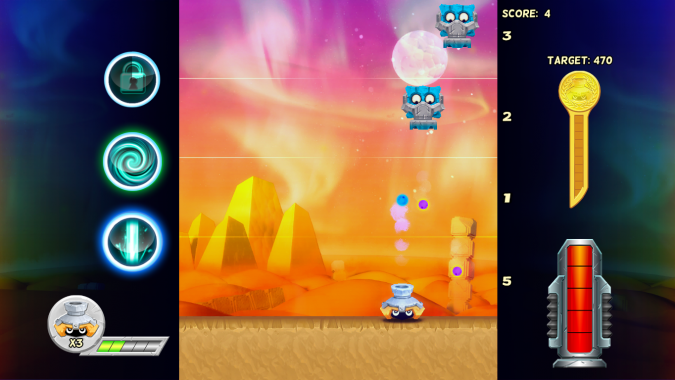 In the beginning a hurdle was that people though it was a port of our
first game Stupid
Stones for iOS. At least until we started to show screenshots and
people could see that we had completely new amazing graphics.
This is a completely new game, we just liked Stupid Stones so we thought
we’d
make another game in the same universe. Since it got more adventure
elements to it, the new title Stupid Stones Adventure seems right.
We had a vote on social media and some gaming forums, where people could
come up with a subtitle, and Adventure won by most
votes!

-We are planning an awesome game. At this point we can’t tell you much
about it. It’s a Sci-fi side scrolling shooter with lots of fun and bad
jokes.

-Only the best game in the world: Stupid Stones. Or rather “The best
game you have never played!” Haha. It was released for iOS 2014.

Per: Amiga 500 is my favorite as well! It had so many great games! For
console I have to say NES and SNES. But Master system and Megadrive also
had a lot of awesome games, like the Phantasy star series for example. I
believe that Phantasy Star IV End of the Millennium is one of the best
RPGs ever made.

Rikard (Monotaku9): My personal favorite console is Dreamcast. And yes
– I´m nervous about how Shenmue 3 will turn out! But some people would
say I´m a Nintendo fanboy, but I´m not. It just turns out the Kyoto guys
are the best level designers in the world.

Per: Pong… Haha Ok maybe not, but it’s impossible for me to pick just
one favorite, there are too many classics out there. But it’s probably a
“bullet hell shooter” or a “JRPG”.

Rikard: I think it’s Conker´s bad fur day, if that counts as retro
game. The opera singing boss have a special place among best bosses of
all time!

Do you still game on the current consoles if so whats your favourite
game?

-Yes, we always have been and always will be active gamers. We are
currently playing on PS4 and Wii U (Soon also Xbox one). On our
@halvarssongames Twitter and Instagram accounts we sometimes post
Gaming Fridays, where we share with people what we are currently
playing. Last it was Xenoblade Chronicles X for wii U.
Another thing that we really enjoy is Share-play for PS4. Now we can
play through games like FFVII like we did when we were kids, but without
having to sit next to each other… Not that there is anything wrong with
that, but we don’t live in the same house anymore as we did when we were
growing up. (We are the Halvarsson Brothers you know.) ^^

So we can chat via voice chat and play the games together just as we
used to do, talking about the game and getting inspiration for our own
games. It’s an amazing feature.

Whats the worst game you have ever played?
-It’s probably Final Fantasy Chrystal Chronicles for Nintendo Gamecube.
Okay, we know a lot of people like it, and it got ok reviews, but from
our point of view the game is broken. The rules, game design and level
design is just a big failure. We could make a list, but it would be too
long for this interview, but let’s just say we thought the game was a
mockery to the Gamecube players.

-We would like to see some celebration for the old survival horror
games! Especially Resident Evil 2 which is a true master piece. It can
never get to much nerd love!