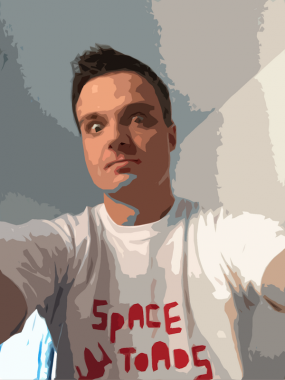 Space Toads Mayhem is an arcade-style, topdown shooter paying homage to classics from the 1980s – some say it tastes like arcade-flavoured ice cream with laser blast sprinkles 🙂

It’s a challenging, reflex-based game, rewarding a player who enjoys fast-paced action and can utilise enemy behaviour to his / her advantage.

The original Space Toads was a web game, created specifically for WebKit browsers in 2013.

It took full advantage of then still-fresh HTML5 Canvas element (and it’s Canvas2d rendering capabilities). Due to unorthodox use of Adobe’s Typekit font service and overall good technical execution, the game gained its creator Luke some acclaim within the webdev community. All in all it was a fun, challenging retroinspired shooter – to quote Sally Kerrigan from the Adobe Typekit’s team “We don’t quite follow the backstory but we’re having too much fun to care.” 🙂

Space Toads Mayhem is inspired by a number of 8bit shmups we grew to love as kids.

The idea is to capture the very essence of classic titles such as Galaga or Space Invaders and infuse it with original ideas to create a new, unique, fun game.

It’s all about high doses of succulent, retro-flavoured fun 🙂

The core gameplay consists of clearing incoming enemy waves in order to progress. There are powerup drops every set number of points which help the player on his quest to save the galaxy, as well as some potentially deadly nerfs that need to be avoided. Enemy volume increases and their behaviour becomes trickier to deal with as the player progresses, and there are also special types of enemies with a potential to cause loads of problems (mini bosses and bosses).

Various stats are being measured during gameplay – from score to player’s accuracy, which will allow for a number of performance and gameplay-based achievements.

The game will offer 3 modes:

Back in Poland, the first piece of proper gaming kit I ever owned was a grey 8-bit console called Dendy Junior. It came with two controllers, a light gun and a yellow cartridge proudly labelled “3000 games in 1” (it was more like 20 games in total, repeated over and over). The very first one I launched was a game called Yie Ar Kung Fu, a simple yet challenging fighting game. I must have been around 10 back then. Years later I learned that Dendy Junior was actually an unlicensed (illegal?!) Famicom / NES clone released and widely-available in Russia and parts of Eastern Europe. Wish I never gave mine to the neighbours as they’re not very common these days.

I’ve owned one or two Russian handheld LCD games before as well, but my exposure to games must have started really early. My parents took me on various summer holidays when I was very little, so most certainly the first game I ever played was one of the 1980s classics in some seaside arcade.

A little book about Atari Logo for kids that my mum bought me when I was a child (still have it somewhere!). I didn’t even own any Atari at the time, but I cut out a little turtle and did all the exercises on paper – that’s how I first learned to program! And the idea of being able to move something on the screen with a sequence of commands was absolutely fascinating.

Things got serious when I got my first proper PC (It was a 90MHz Pentium 1 monster clocked to a whopping 133MHz!). Soon enough I got my hands on Turbo Pascal 7.0 and delved into the world of awesome thanks to the monthly tutorials published in a gaming magazine I used to buy back then.

To me programming is probably the ultimate when it comes to creativity, you can make something out of nothing, something people can interact with and enjoy – and since I always loved games it was only natural for me to want to make them. 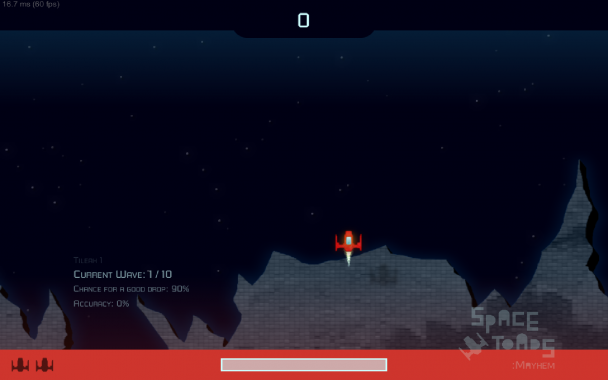 In the past – loads of different ones. Currently I’m using Unity which has everything I could possibly need. The original Space Toads was a browser-based game made specifically for WebKit browsers, so the the potential audience was rather limited.

Now, I can release the game properly on Steam (for Windows / Mac) and any potential ports will be easier to deal with as well.

Well, since I’ve formed LimeVibe Games and set out to really go for it with Space Toads Mayhem and my future efforts – naturally, I want as many people to know about it as possible. And getting exposure, and reaching people who might be interested in my game is way harder than it seemed at first. Landing a spot during an event, getting noticed by the press, a website, a YouTuber etc – not that easy.

All the above is just regular stuff of the top of my head and while it’s fun to do, it all quickly adds up, to a point it can eat time faster than it takes Pac-Man to eat one dot. The development process itself can sometimes drag a little too. Which brings us to another hurdle I’m battling fairly often: lack of time.

I’ve got a mortgage and bills to pay, and a demanding full time occupation that deals with all that. I’ve got an amazing girlfriend and some good friends, but also an immense amount of responsibilities to tackle on a daily basis. So I’d say having a full, busy life while pursuing your indie dev dream at the same time can get pretty tricky. I think I’ve been balancing it all out pretty well so far though, so all good 🙂 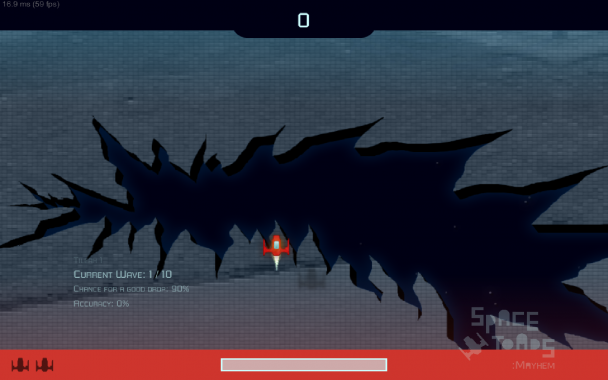 I’ve got literally millions of ideas! Some of the more feasible ones that might come to life include a couple of side-scrollers, an arty game derived from my photography and maybe even a slightly modified rendition of an old, tired concept of Tic Tac Toe. So we shall see.

Actually, my only previous publicly released title was the original Space Toads in 2013 (the one for the browser).

Before I decided to go after my gamedev ambitions, like presumably most coders around, I did make games just for myself. They were projects of all kinds, seen by very few eyes other than mine – but fun projects nonetheless. If I could traverse the intricate depths of my storage compartment, I’m sure I’d find a rather bizarre and interesting portfolio of my creations sooner or later – from different eras and done using all sorts of languages / tools. 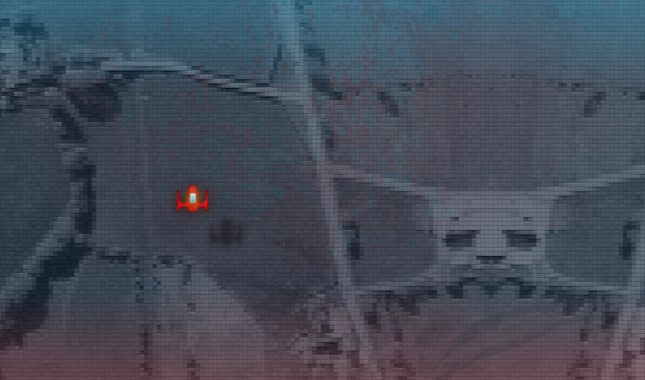 Console-wise, it’s gotta be the NES for me (or shall I rather say Dendy Junior hehe;). Original Contra and Life Force are still some of my all time favourite games. PS1 and it’s Tekken 3 is a worthy contender though.

In terms of a computer, I never really thought of it before – but I’d say my first PC I got as a child was the most fun I’ve ever had gaming on a computer so it’s gotta be my favourite. Games like Wolfenstein 3D, Wing Commander 2, Doom, Red Baron and loads of others instantly come to mind. And endless hours spent with my dad playing Microprose Formula 1 of course! Not to mention Heroes of Might and Magic 3, Diablo 1, Quake 1 and StarCraft: Broodwar I later enjoyed with my friends once we discovered the enormous power of networking.

Actually, buying my Voodoo Rush and seeing it in action was the biggest shock I’ve ever experienced on a PC (in a good way!). I remember spending all my hard-earned savings on that graphics card as well as a copy of Need for Speed 2: Special Edition – one of the main features of that version of the game was that it supported the 3Dfx Glide rendering. And when I launched it, I couldn’t believe that what I’m actually seeing on my screen is real gameplay – my jaw must have dropped right down for at least a few hours! Since then, no technological leap in gaming visuals felt as huge as this to me, nothing came even close. It wasn’t just about squeezing more detail into the scene and making things go smoother like it mainly is with today’s graphics cards upgrades – 3Dfx basically totally redefined the actual idea of what’s visually possible on a home computer, which was massive at a time (and Nvidia picked up and improved the tech later). I think only people who gamed on a PC in a pre-3Dfx era can relate. 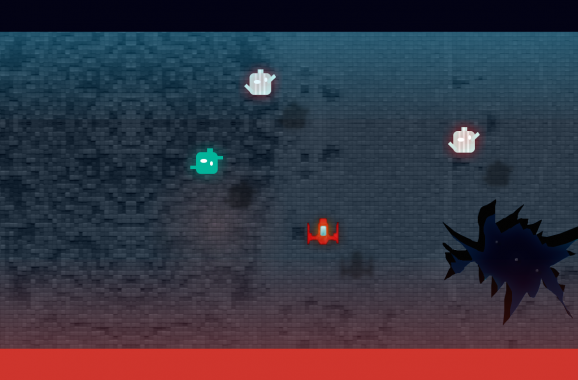 There are too many genres I like and too many great games from different periods and on different platforms to pick one. It’d be much easier to provide some lists (like top 5 or 10 maybe).

The only case I can possibly think of where I can name my favourite is the arcade beat ‘em ups – I think Cadillacs and Dinosaurs is the best. But it’s an extremely tough call to make with titles such as Final Fight, Vendetta or Punisher around. And I love Golden Axe too.. Hmm… 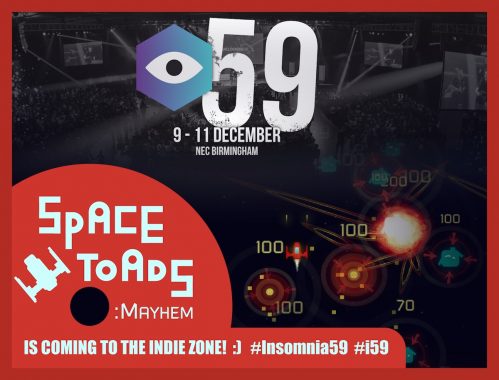 I do when I get a chance. I own a PS4 and the newest game I’ve played is Fallout 4 (I haven’t finished it just yet). I like it but none of the games in the series is as captivating as good old Fallout 2 imho. I think that the whole crafting / town-building thing is an unnecessary addition. It perhaps makes the game more advanced and bigger etc, but I don’t think it makes it a better Fallout experience. To me Fallout should be all about the awesome post-apocalyptic adventure so I’d rather Bethesda put ALL their resources into that instead of  expanding the gameplay with new features. But I still like it the way it is.

I like Wolfenstein: The New Order quite a lot too – could be nostalgia, but I think it’s a really good game. Driveclub with the steering wheel and pedals is not too bad either.

Apart from my own and other devs “early learning endeavours”?

Hard to say, certainly not Duke Nukem Forever – it might have been my biggest disappointment, but certainly not the worst game I’ve played. I’ve played worse. The thing is whenever I find something to be utter crap, I’d close it immediately and forget all about it – so now I’m blank when it comes to choosing the worst one ever. I’m sure I could eventually think of something but right now I seem to only remember the games I liked (and there’s loads!) 🙂 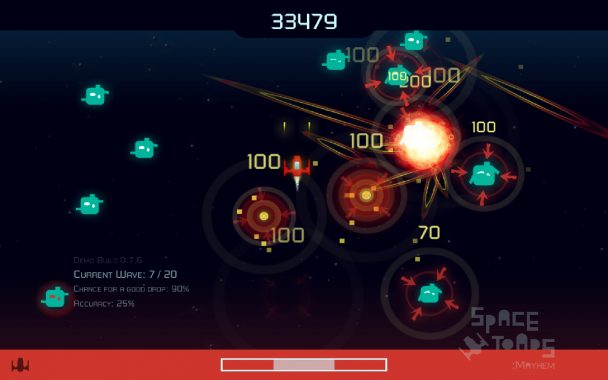