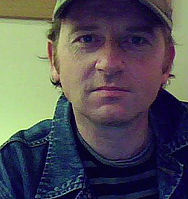 When i was eight years old Star Wars and Superman the movie had only recently been released, and this is when Star Wars was just Star Wars, and not “a new hope”, and Christopher Reeves was playing Superman for the first time. But for me nothing could top, getting to play Space Invaders for the first time. It was truly magical to be alive as a child during the late Seventies.

I feel very fortunate because I have witnessed how computer games have evolved over the years ever since the release of this game. The video game was created by Tomohiro Nishikado and orignally released in 1978. Space Invaders is one of the earliest shoot em ups and the aim of the game was to defeat waves of aliens with a laser cannon to earn as many points as possible.

When Nishikado was designing the game he drew inspiration from popular media, namely Breakout (Another video game), The War of the Worlds, and Star Wars. Space Invaders was one of the forerunners of modern video gaming and helped expand the video game industry from a novelty to a global industry and a life long passion for millions of people.

The gameplay was awesome. The game itself had rows of aliens that moved from side to side getting lower all the time. It was up to you how you tried to take them out. I remember shooting them from the edge up in the hope that it took them longer to travel down the screen. The invaders moved faster the more you took them out, till there would be a couple left travelling at what seemed like lightening speeds. The real truth to the gameplay was down to the fact the more enemies that were removed from play, the faster the processor could render those that remained. This gave the game a challenging gameplay mechanic.

The world had not witnessed anything like it before. It was groundbreaking, original and inspirational.
The game itself evolved, and was released on many other formats. It also had its fair share of clones. I spent many hours playing the yellow handheld game called “Galaxy Invaders 1000”, which was a popular game in the early eighties. The game paved the way for other games such as such as Atari’s Asteroids, Williams Electronic’s Defender, and Namco’s Galaxian and Galaga, which were modeled after Space Invaders’ gameplay and design. The influence still extends to most shooting games released to the present day, including first-person shooters such as Wolfenstein, Doom, Halo, and Call of Duty.

Space Invaders was revolutionary and it changed the world. Its fair to say that all the developers of games featured on this site wouldn’t of been developing video games if Space Invaders hadn’t of existed in the first place.

I made my retro game “1979 Invasion Earth” in honour of Space Invaders and Galaga. The game gets its name because, 1979 was the year I first played Space Invaders, when to me as a child the world was being invaded by aliens.

Because retrogamesmaster is such an awesome website, and I’m also in a generous mood I have decided to give the Full PC Version of “1979 Invasion Earth” away for free. Enjoy folks, and thanks for taking the time to read this.