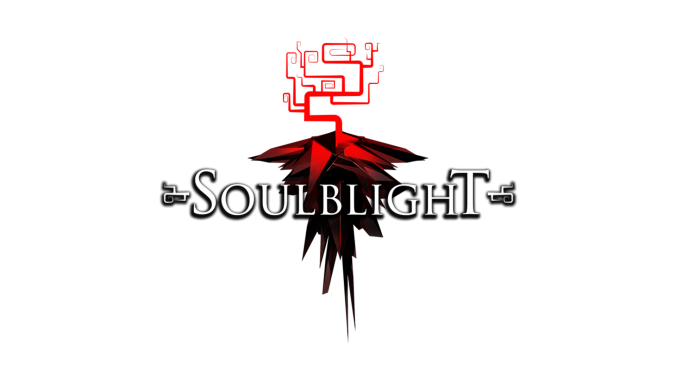 On the face of this wretched world there is a gaping wound. The Temple, once glorious, now forsaken, hides secrets of forgotten machinery. Magical matter is born there when space­time ripples and loses its meaning… and at the heart of it all is an anomaly. A tree shrouded in a mystical liquid, luring those brave enough with its promises of greatness. Do you dare seek its power? Do you wish to drink from the Soulblight? 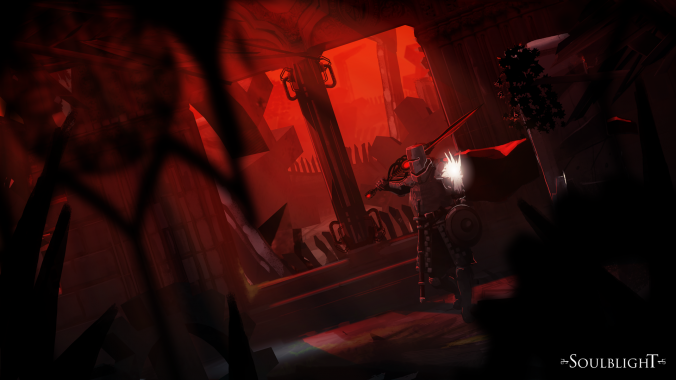 Soulblight is a top­down roguelike – more specifically, “rougelite” – that takes the genre’s mechanics and expands on them. The game is built around the literal meaning of RPG. Instead of XP grinding, it introduces a unique Taint System. While traveling through the shattered reality of the Temple, you will receive personality traits based on your choices. These will be the main source of your strength. To harness them, you will have to act accordingly. Becoming an alcoholic means that you will be rewarded for getting drunk, but from that point being sober might prove to be unbearable.

The Idea Behind Soulblight:

In our opinion, computer RPGs are in a strange place right now. Pretty much every game with leveling mechanic calls itself an RPG these days. We play those games traveling through awesome worlds, maxing out our stats, and grinding XP at every opportunity. But over the years this has become more mundane than enchanting.

Our team look back with nostalgia at our pen and paper RPG memories. Back the, gaining XP was only a part of the fun, and truly becoming the characters was the bigger and more meaningful part of the experience. Sometimes role playing could stand in the way of solving the quest at hand, but we’d identify ourselves with our characters and they felt more alive that way. Video games are different. We can’t expect players not to fight giant spiders just because their character has arachnophobia. That way they will miss out on precious loot and XP. And they know the game will penalize them for it as it becomes more difficult. So if we want players to actually role­play, there need to be special mechanics that will encourage them to do so. That is why we have created something that we call the Taint System. 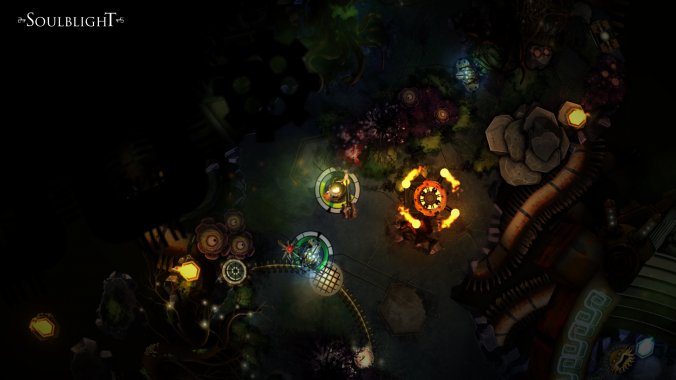 My name is Kuba Lisinski 🙂 I’m a programer and designer of Soulblight. I used to work as a leading programer in the game industry, but I decided to quit and use my life savings to create my own game. Besides being a pc gamer, I love tabletop battle games (I play Warmachine). Pen and paper RPGs had a huge impact on me. I spent many hours of my teens playing Warhammer with my friends 🙂

There is an interesting story in answer for that question 🙂 You see I’m from Poland and I was born in 1984. As you probably know Iron Curtain was dividing Europe at that time. For Poland being at the eastern side, meant that many phenomenons shaping the culture were a little bit suppressed. Gaming was caught in this dampening field as well. It was 1989 when everything changed though. My father was in Berlin when The Wall has fallen and from that memorable trip he brought back home a souvenir 🙂 – ATARI800 :). I was only 5 back then but I knew what a computer was. I was a bit shocked by how small it was. In my mind computer was a massive machine in a size of a few rooms that my father used when he was studying at the University. This one on the other hand was not bigger than a suitcase… and there were games! I still remember the first one we launched. It was called “River Raid”.
http://www.atarimania.com/game-atari-400-800-xl-xe-river-raid_4388.html 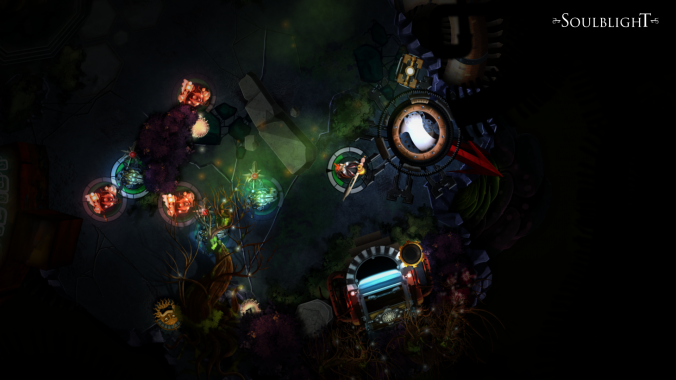 I was studying computer science on Jagiellonian University and to complete the 6th semester we had to undergo an internship. I decided to use this time to get a taste of game dev as I always wanted to. A game company from Krakow hired me as a programmer and that’s how it all started…
What other games have you made?

As I mentioned I used to work for a game dev company in Krakow. I started of by making casual games. The first game I’ve ever made was a clone of popular Zuma. It was called “Jewels of the nile”. Later on I was creating games for dance mat for children from” Hubert the Teddy Bear” series. Next I moved to on-rail shooters. I was the a leading programmer on “Heavy Fire” series that was introduced to WiiWare and made it’s way to PS3 and Xbox360 later on. After few more games I decided to quit my job and started working on my own projects. Soulblight is actually my first game during development of which I have a creative freedom. 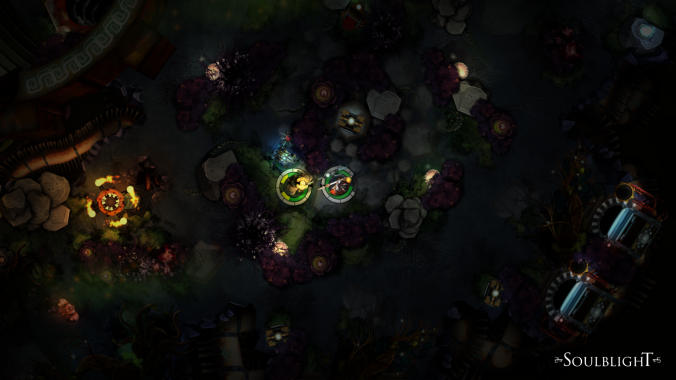 Most of my time as a game developer I used an in-house engine called EV owned by the company I used to work for. Right now we’re using Unity.
Are you making Soulblight alone or is someone helping you?

No I’m not making it alone. 🙂 I’m a the main designer and a programmer of the game. I want for Soulblight to be something special and to do so I need people with skills complementary to mine. So all the art is created by Witold Trzcionka (http://www.cioncept.com/). Sound effects and music are the work of Jakub Gawlina (http://www.jakubgawlina.com/). Jerzy Zalewski is helping us when it comes to the story telling. We also have with us a young Konrad Pawlus, who’s making his first steps in game dev. 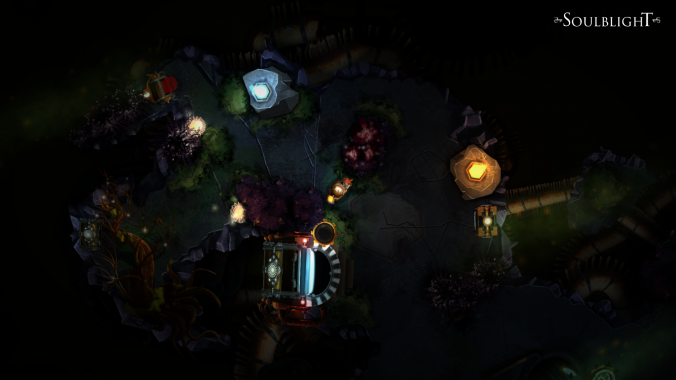 For now everything is going quite smoothly. I mean smoothly for an indie :). I had to quit my job to create Soulblight. We’re also constantly struggling with a lack of time and resources. I wouldn’t call these a hurdles though. It is more an indie dev standard :P.
After the completion of the game what game will you make?

Hard to say. I have few cool projects in my drawer but It depends on the situation I’ll be in. You see what I put into Soulblight is not only my heart and soul but also my life’s savings. It all comes down to one question “What ideas will I be able to afford?”. One thing is certain though – I won’t stop making games. I find myself addicted to the process 🙂 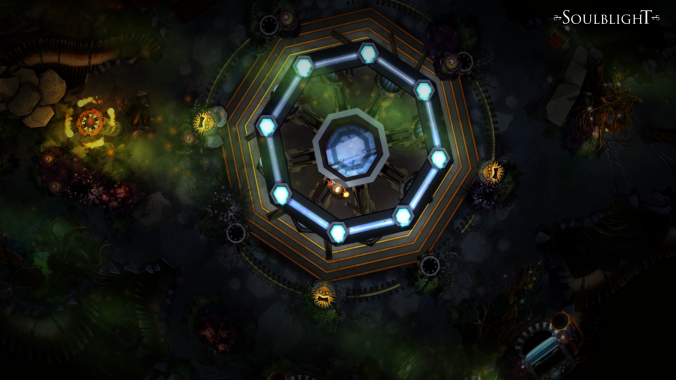 As you can guess ATARI800 is the king in my heart till this day 🙂 I was introduced to the world of consoles extremely late. The first console I owned was PS2. I bought it with my brother soon after the release. We blew all our savings on it :). We did it mainly so we could play the final fantasy series. 🙂 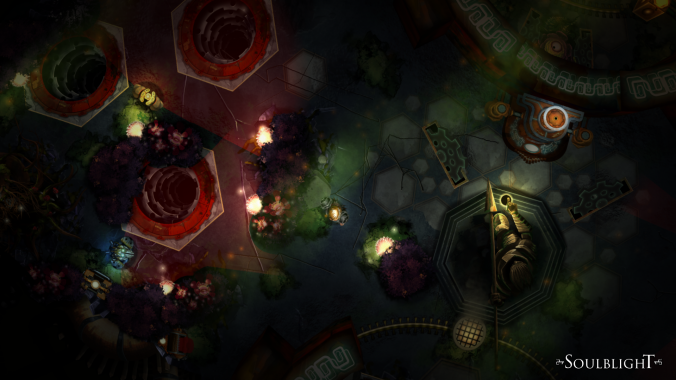 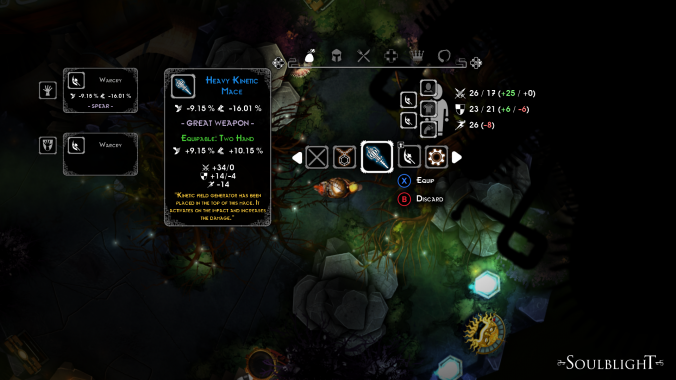 To be honest I don’t have much time to play games as I spend most of my days working on Soulblight. Recently when I find a spare moment I play Valkyria Chronicles. I don’t know why but for some reason I’m enjoying this one more than any other game for quite some time. 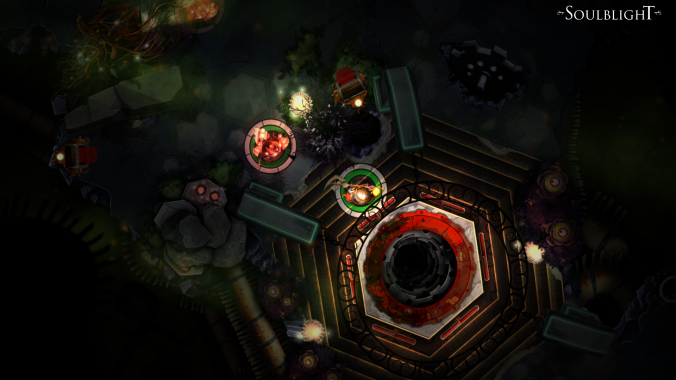 Have you ever heard about “Bulb boy” 🙂 It’s a small indie point and click adventure made by my friends. It is a beautiful game and it suffers from lack of coverage. 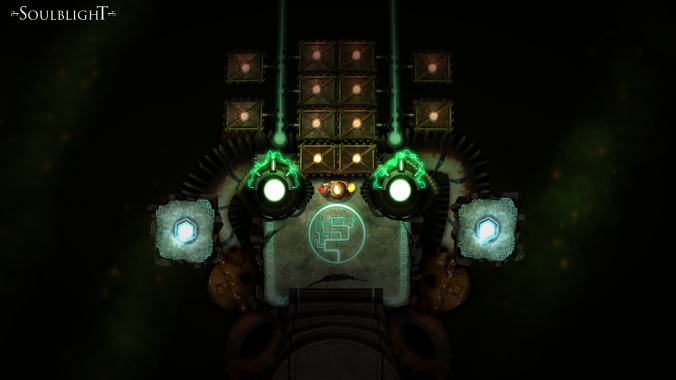