“Hi there! I’m Chris Bateman, a game designer and writer whose worked on over fifty published games with my consultancy International Hobo Ltd. Back in 1999 I had the privilege of working with the magnificent Terry Pratchett on my first game as lead writer and designer, Discworld Noir, who was very supportive of my writing and from whom I learned a great deal more than I deserved to! I picked up critical acclaim for my work on both Noir and Ghost Master, a unique haunting sim released in 2003 that picked up a cult following. I’ve really loved working on other people’s projects, whether its racing franchises like MotorStorm, strategy games like Tropico 6, or horror VR games like The Persistence. But for some time now, I’ve been feeling like I’d like to get back to working on my own projects, even if that means working on much smaller games. Silk is a game I’ve wanted to make for more than ten years, but it never felt like the right time. Now I feel like if I don’t make this now, I won’t get another chance. I hope you’ll help me bring this game to life and you can share my fascination with the world of the Ancient Silk Road in 200AD.” 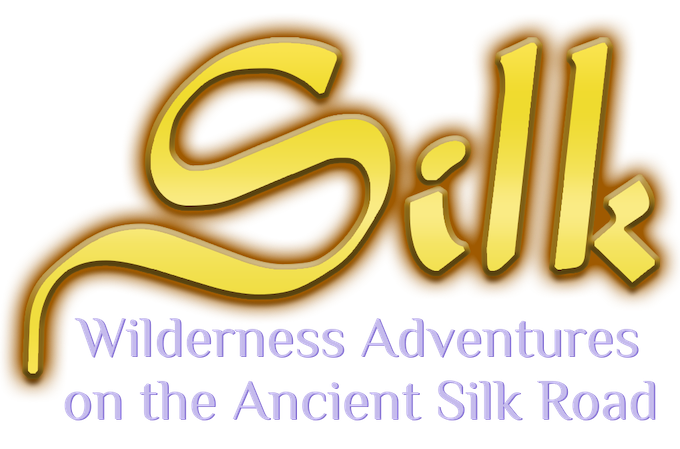 Silk is a Sandbox RPG Adventure Game and a tribute to the late Mike Singleton, especially his groundbreaking 1984 game The Lords of Midnight.

The engine used to produce the world of Silk has an identical design to the original ‘landscaping engine’ he designed, although it uses 2D assets rendered in Unity to create a more vibrant feeling wilderness with retro roots and a contemporary lo-fi vibe. All the exploration and warfare of the original will be here, along with trading and recruiting Advisors who make up an RPG party inspired by the Clan Ring of King of Dragon Pass.

I strongly remember going to a local amusement park on the Isle of Wight (where I grew up) with an arcade near the front gates. They had several cabinets, but the one that is burned into my memory is the 1979 coin op  Tail Gunner. Wow, that game was ahead of its time, with its smoothly animated vector graphic space ships rushing towards you in 3D! It surely must have influenced Atari’s  Star Wars arcade game a few years later. It certainly influenced me. It was the first time I started thinking about being a game designer, even before I knew that it was something I could make a career out of!

Tabletop role-playing games. They were just so easy and cheap to develop, and an absolute blast to play as a teenager. For a long while, I thought I might make a living making those… but tabletop money dried up after  Magic: The Gathering for anything but trading card games, and so I ended up going back to videogames. Not that I am unhappy with that outcome!

What development tools or coding did you use on your first videogames?

I seem to remember I used some kind of adventure creator kit on the Atari ST, but I don’t remember what it was. I know I also spent an absurd amount of time learning level design from the  Boulderdash Construction Kit. But I didn’t seriously start making videogames until I was hired by Perfect Entertainment to work on the  Discworld games in the mid-nineties.

I seriously didn’t know if there was any reasonable way to make a tribute to Mike Singelton’s  The Lords of Midnight for a contemporary audience… I mean, as much as anything, those 1980s games involved a lot of mapping and exploration that is alien to players today. Committing to making  Silk was difficult, because I run a successful game design and narrative consultancy and it’s a big cost to take on a project of our own – especially one that you aren’t sure will find its audience. That was the biggest hurdle: taking the plunge, accepting the risk involved. 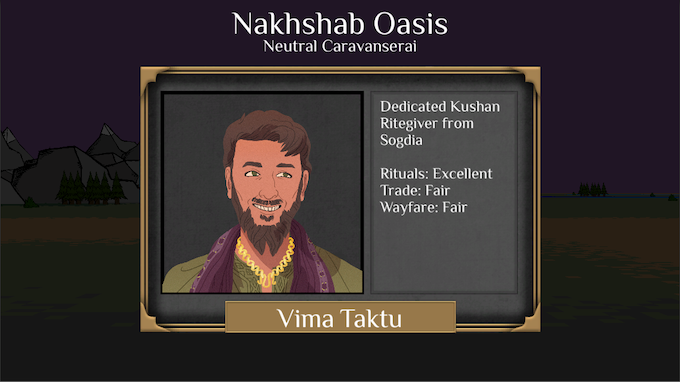 We’re already working on another game in parallel, a co-op horde game that I hope we can announce soon. But looking ahead, I’m wondering about making spiritual successors to the two games I’m most famous for,  Discworld Noir and Ghost Master. I would love to repay my fans by getting them another game in those styles, that would give me a great deal of satisfaction, and I owe a debt of honour to Terry Pratchett for everything I learned working with him as my script editor. I feel strongly about settling out your creative tab, if you can.

I have about fifty game credits now, everything from  Bratz to the Playstation VR game  The Persistence, although almost all of those titles are my team working with a developer who really has the right to call it ‘their game’. The only game before  Silk I made at my own expense was  Play with Fire for Manifesto Games… it travelled around with an exhibition of artistically motivated videogames so I chalked it up as a ‘PR exercise’! You should see the YouTube trailer for that game, though – you can’t look at it and not think  Minecraft, even though we were several years earlier. I also have been given tremendous influence on the Heretic Kingdoms franchise, which Games Farm make. Those Heretic Kingdoms RPGs feel very much like my own children, even though  Shadows: Awakening only had me working on the narrative and script. 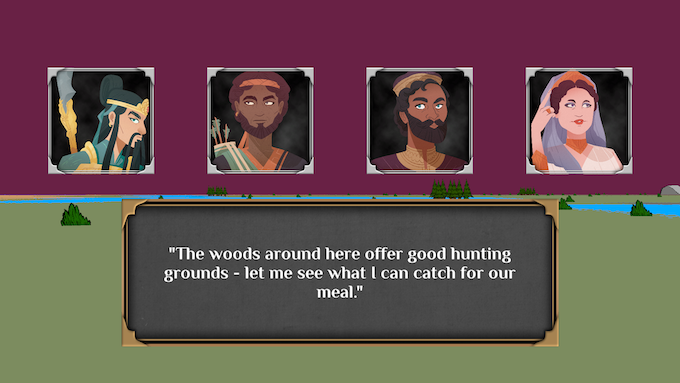 I had a Megadrive just so I could play Supersonic’s stonking Micro Machines Turbo Tournament with four players! I worked with them later on a game in that style, which was a joyous thing to do. But my absolute favourite console might be the GameCube. I know that’s not a popular choice, but I just had such a great time on that little box even though not a single one of my favourite games was on it. For a computer, well, I was a proud Commodore 64 owner, so I absolutely cannot admit that there’s a risk of my actually loving the ZX Spectrum as much (or even more on some days). No, I didn’t say that – once a C64 player, always a C64 player!

My favourite game of the last century is Andrew Braybook’s  Paradroid. I actually got to work with Andrew briefly in the last days of Graftgold, but I only really remember having a pint with him and the other Graftgold folks in a pub near where they worked. Pretty much every game made in 1984 and 1985 that I remember was awesome though –  Elite,  The Lords of Midnight,  Mercenary… British bedroom programmers were on fire in the mid-eighties!

I have a Switch that I play with my kids, and I play on PC with my friends once a week. I almost hate to admit it, but Breath of the Wild is probably my favourite of the recent console games… I am a sucker for 1980s explorers – Scuba Dive, Sabre Wulf , Impossible Mission, Gribbley’s Day Out, Cyclone, Wizard’s Lair,  Starquake, The Sacred Armour of Antiriad, Arac,  Midwinter…  the new Zelda totally pushed buttons in me that hadn’t been pushed in quite a while! Plus, I really respect the bold, risky design decisions the team took on that project. I never would have guessed any game would win me over to breakable weapons and limited stamina, two things I’ve always hated!

My all-time favourite terrrible game is called  Shifters, a little known 2002 entry into the  Might and Magic franchise. It’s the  Plan 9 from Outer Space of videogames, I kid you not! It was so bad, when I finished it, I had to play it again. The first playthrough was like pulling teeth. By the third play through, I was laughing myself silly at the design decisions. I wish I could find more games that were that hilariously awful without just being too rock hard to enjoy! 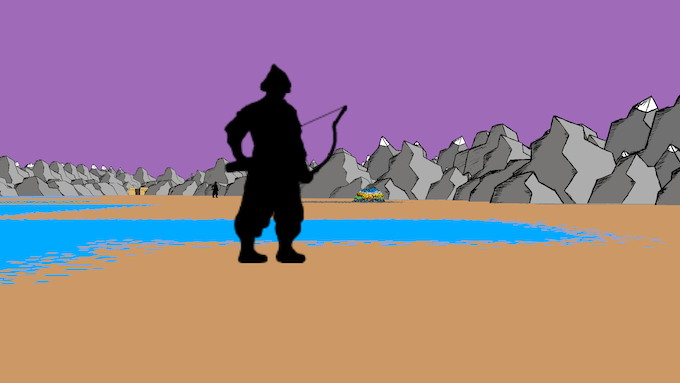 I would love to see a piece on  Arac, because it’s a game that nobody seems to remember but me – to the extent that at one point I thought I was going mad! In the US, I think it was called  Spiderbot. I don’t know a damn thing about Paul O’Malley that made it, but it was a genius explorer game. The fact you could start the game in a ‘short’ mode, where the difficult task of building the aracnadroid was already complete was a truly inventive piece of out-of-the-box thinking.
Also, I cannot read enough about  Dungeon Master… I mean, that game invented the grid inventory and laid the foundations for DOOM, so it’s practically the ancestral stem of the entire FPS genre! The only more influential game might be  Dungeons & Dragons itself – which of course influenced  Dungeon Master! I do love to see people join the dots on influences… it’s an important part of the history of our medium that doesn’t get enough attention.