ABOUT
“Selma and the wisp” is an astonishing platform game with a particularly eerie feel to it. Densely packed with logical puzzles and unexpected obstacles, the game incorporates innovative gameplay, low-poly models and an spectacular animations. Created by a group of passionate polish developers led by a visionary artist, “Selma and the wisp” stands proudly along such productions as “badland” or “limbo”. Still, it offers unique features, such as two characters co-dependent control system, addictive action and thrilling plot. Follow the wisp. Collect the lights. Don’t look back.

THE STORY
What little there is to know about the plot initially, only emphasizes the restlessness that soaks the game. What the player knows for sure, is that the protagonist – Selma is following the wisp into the weird land inside her wardrobe after something disturbing happens in her home. As You play along, you will collect bits and pieces of information that might ( or might not) help you fill the blank spaces in the story and answer the questions. Keep at it, as the ending will keep you on the edge of your seat. 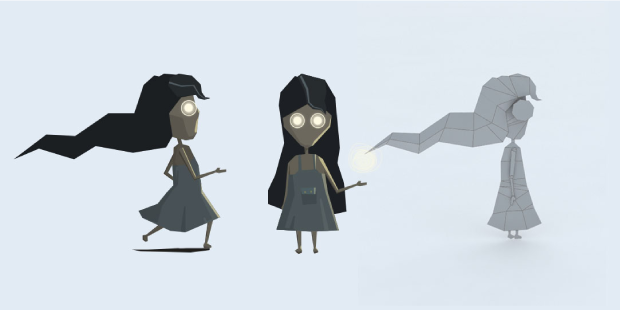 CHARACTERS
SELMA is a little girl in a heap of trouble. Desperate for help, she turns to an unlike ally and follows him since. Not much is known about her past or her family but one thing is certain – she is far from ordinary. WISP ( will-o’-the-wisp ; ignis fatuus) is an atmospheric ghost light seen by travellers at night, especially over bogs, swamps or marshes. It resembles a flickering lamp and is said to recede if approached. The phenomenon is known by a variety of names in much of European folklore. 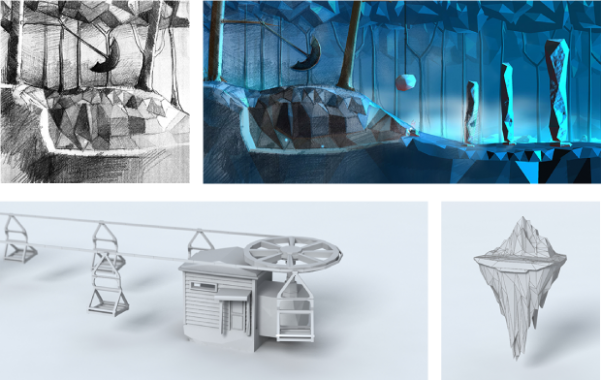 TEAM
Our team consists of IT specialists, unity developers and graphic designers, led by a visionary artist and painter. Each of us a craftsman of his field, each with a considerable experience in game development and overall enthusiasm for electronic entertainment. After meeting on the organised gaming event, we decided to join our forces to produce something that the whole group could enjoy and be proud of. It took few more weeks, before the final concept for the game has been established. Even more to settle for a name, but eventually the gears has been set in motion. And so, “Selma and the wisp” has come to life.


What is your first gaming experience?
Toucan Studio is a part of Toucan Systems company which specialize in interactive
applications. Our developers and designers have some experience in game development
but Selma and the Wisp was our first gaming project as Toucan Studio. Last year we
designated a team for game development. Now it’s four of us, two designers and two
programmers.

What got you into programming games?
I think each one of us always wanted to make games. We had some previous experience in
past employment so it wasn’t totally abstractive for us. Last year we’ve finished a huge
project for a museum in Warsaw with tremendous amount of applications. All the team was
very exhausted so we thought that maybe it’s a right time to do a game, something more
entertaining and involving for us. It took two weeks to convince our boss Radosław Zdunek
to start a game production. Now all of us are really into it. I think game development is a bit
like art. From a concept sketch of our hero to the final game we basically create art and we
like it. It’s like giving a bit of ourselves to the public. On the other hand it’s simply a great fun
for us and we really enjoy it. 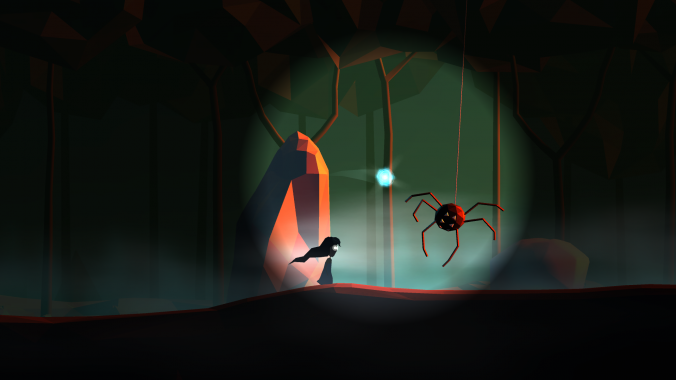 What development tools or coding did you use?
Selma and the Wisp was made in Unity 3D which is well known for all indie game studios.
Our programmers have a huge experience with this engine. The great advantage is that it
allows us to port a game for different platforms. Now we are working on releasing Selma and
the Wisp on Xbox and Playstation and later on we think to prepare also a mobile version of
Selma. All the 3D assets were made in Blender. Even Selma, despite she looks like 2D
sprite, is a 3D model but she’s flat. Textures were made in Photoshop. That combination of
software allows to make a real magic.

What hurdles did you have making your current game?
I think it was time. As a small indie studio we couldn’t effort to spend an infinite amount of
time on the game. We had to give up some concepts and decide to focus on the other stuff.
Otherwise we would have multiple not working game mechanics. The harderst thing to
develop was a Selma artificial intelligence. It’s a system that depends on a Wisp position and
scene elements. First we tried to make one level a week but it definitly wasn’t enough time.
Finally it took eight months to finish Selma and the Wisp 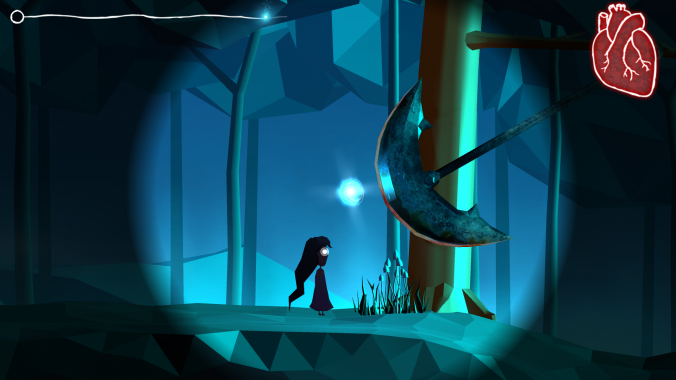 After the completion of the game what game will you make?
Now we are working on porting Selma to Xbox and Playstation but in the near future we’re
planning to make two small mobile games. First is a mix of Dyna Blaster and some RPG set
in indian reality, the second one is a turn based stealth game, that combines RPG elements
as a filed hacker in corporation wars, your primary objective is to infiltrate target office and
disable their servers.

What other games have you made you made?
This is our first game as Toucan Studio. First but definitly not the last one. 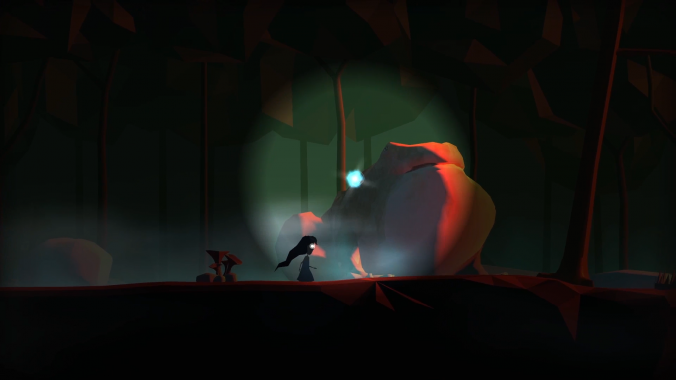 My favourite computer was my Amiga and console the Megadrive do you have a favourite?
It’s hard to say. I was always more a PC gamer so I think I can’t pick one.

What is your favourite retro game?
For me it is a Disney’s Aladdin made by Virgin Interactive. I was four or five years old, we
had a first PC in home with Norton Commander. I learned how to launch Aladdin and this
was my favourite game in the childhood. Later on when I get a Playstation one of the best
games was Crash Bandicoot. I also remmenber well a strange polish game Skaut
Kwatermaster, it was a really weird adventure game, really weird. 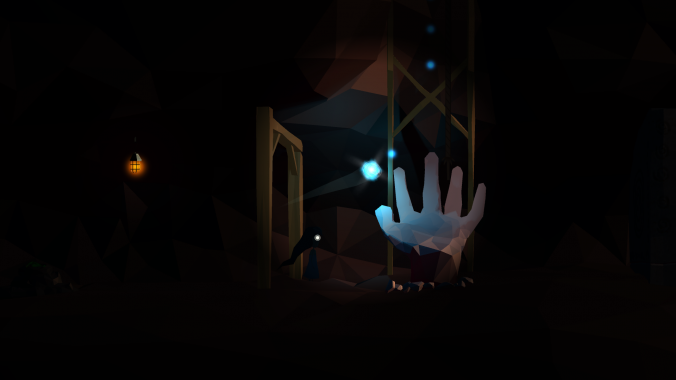 Do you still game on the current consoles if so whats your favourite game?
I personally play on PC. I don’t even have a TV at home. After work I enjoy to let my eyes
rest for a while, cook something or take a walk. The last game that I really enjoyed was Life
is Strange. I like adventure games. I’m definitly not a addicted gamer but isn’t that common
among game developers?

Whats the worst game you have ever played?
It’s a hard question because I don’t want to depreciate any game but I don’t like racing
games. All kind of Need for Speed, Forza or other like that, just aren’t my type. Maybe
because I’m not so passionate about a cars. I prefer adventure games. 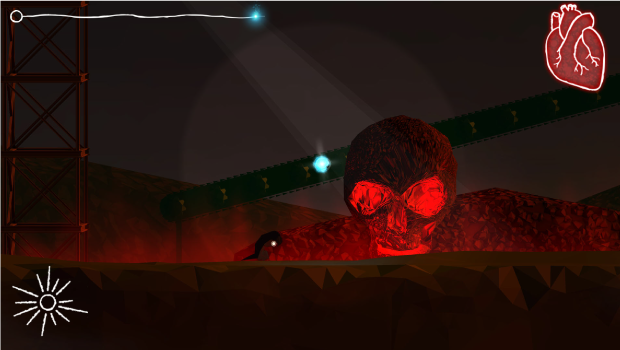 Finally what game or feature would you like to see on Retrogamesmaster in the future?
I feel that all indie games need attention. I’d like to see reviews and interviews with indie
studios. 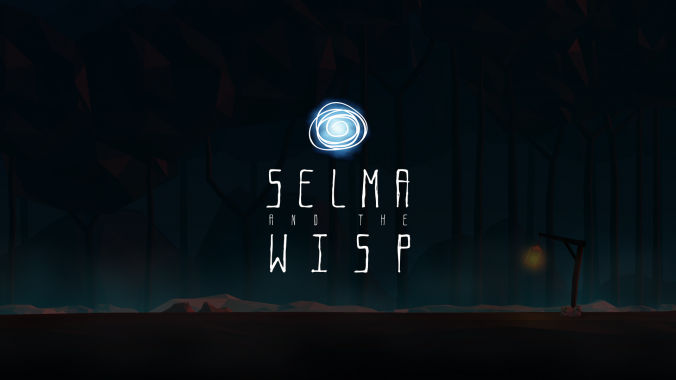