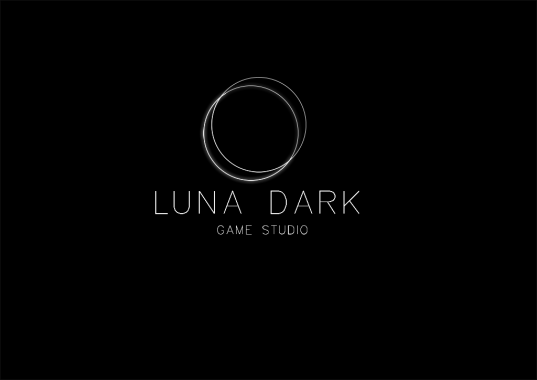 Luna Dark Games is aone man indie studio hailing from Trikala in Greece. Founded in early 2016 Luna Dark Games’ Joe Lio has 2+ years experience with Unity Engine having previously worked on S.Q.R The Square Game (available on Android). Joe is a fan of old Amstrad and Amiga games, and generally any old-school arcade game he can get his hands on.

Luna Dark Games is working on a number of highly addicting, challenging arcade classics for Android, iOS and PC.

Rolling Orange is an arcade classic! Rolling ball action with a leading actor.. an Orange!

Luna Dark Games are proud to present their first release; Rolling Orange. Rolling Orange is a rolling ball arcade game OUT NOW for Android. The Orange is rolling, you can’t stop it, all you can do is try and control where the Orange goes steering it safely to the end of level. Avoid obstacles and enemies, pass through rings and collect stars to get the highest score possible and unlock new levels. Roll your Orange through 3 different and challenging chapters in this easy to learn but hard to master arcade classic.

Can you tell us about your first gaming experience?

My first game experience was back in 80’s, on an Amstrad 6128 and games like Kane, Rick Dangerous, Salamander, Victory Road, Target, Rampage, Fruity Frank and a lot of others. 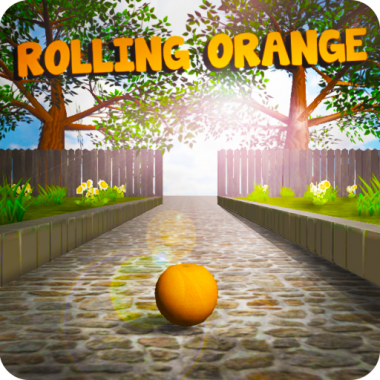 When did you decide to get into game development?

It was 2014 when I decided to get into game development. I had a little knowledge of programming before and decided to try and make games like the ones mentioned just now. After a lot of hard times and difficulties I was thrilled to finally release Rolling Orange for Android.

Can you tell us about the development tools and/or coding you used?

I am using the Unity 3D game engine and a bunch of other tools including Inkscape, 3D max, Audacity, Crazy Bumps etc. The scripting is done through C# and JavaScript. 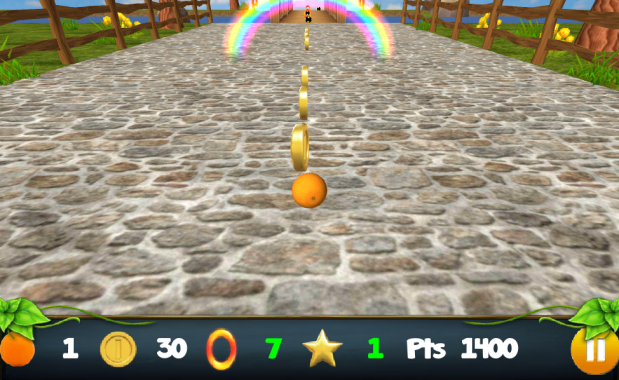 What hurdles did you encounter when developing Rolling Orange?

The real hurdle for me was the lack of any real budget, including the lack of a suitable PC to use. There were a number of other hurdles, as with any first development project including a ton of technical & coding issues. That said, Rolling Orange has been released, and I couldn’t be happier. 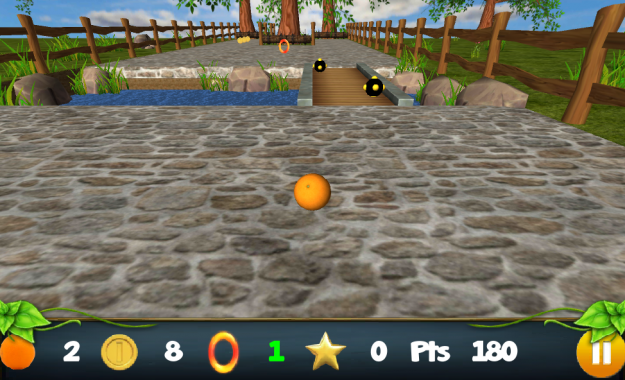 We understand you are working on a number of updates at present. What can we expect from these?

Yes I am! I am working hard to release a couple of new updates before the end of the year. This will include some general polishing of the game and graphics, some improvements to the UI and overall gameplay and new features. And not forgetting of course, some new chapters and levels. I am really excited to share these with everyone. 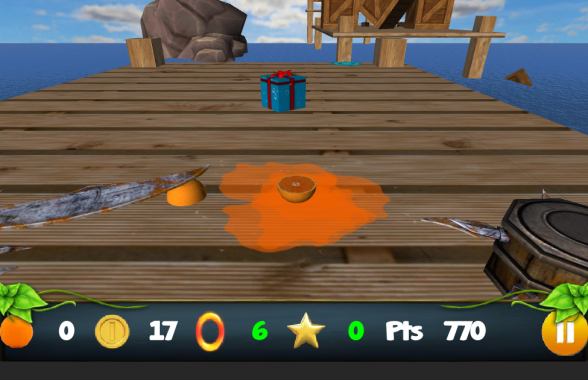 I took part in the development of an Android game named SQR. I am currently working on a minimalistic game for Android and also a racing game that’s going to be released in early 2017. I’m also looking to release a PC game in 2017. I’ll be able to share more details on that soon. 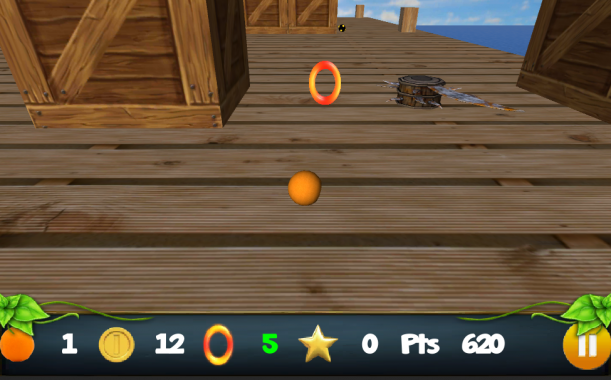 My favorite PC was also the Amiga and my favorite console would have to be the SNES but also followed very closely by the PS1. The PS1 launched an entire new era with games like Tomb Raider and Resident Evil. 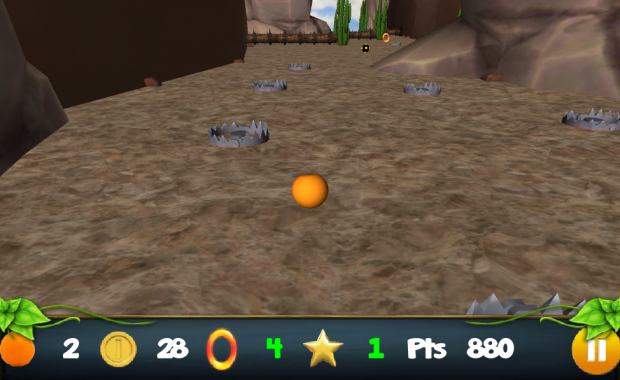 If I had to pick just the one, I guess that would be The secret of Monkey Island. The problem is I have so many including Golden Axe, Another World, Lotus Turbo Espirit, Super Cars, Shadow of the beast, Operation Stealth and many, many more. I could list them all but we would be here for quite a while. 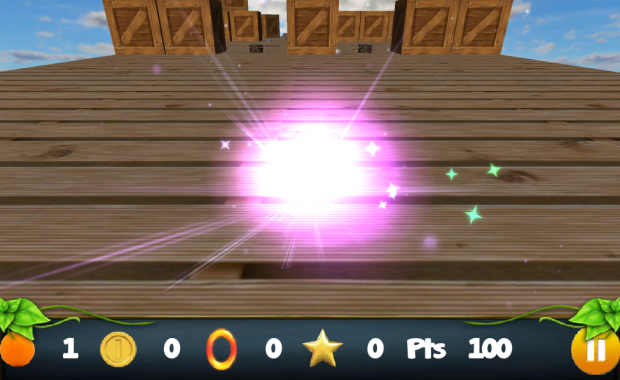 Do you find time to play current gen games?

I rarely play console games now-a-days. I find my time if filled with either working on Rolling Orange or playing retro styled PC games. I also play a lot of Android games. Of course, I still enjoy the odd few hours playing Target, Golden Axe and Super Cars. 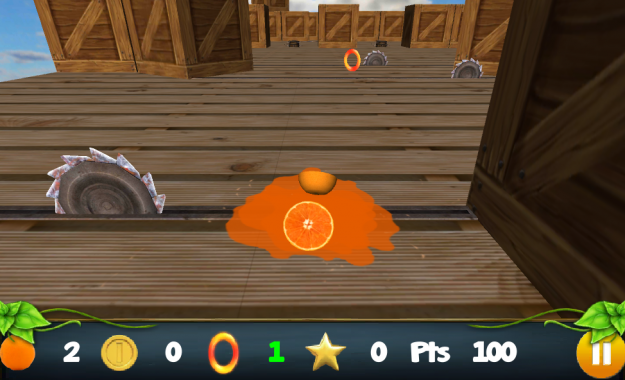 I honestly couldn’t pick just one. But let’s be honest, we’ve all downloaded a game from the App Store, opened it and then within a couple of seconds uninstalled it again. I find myself doing that quite often. 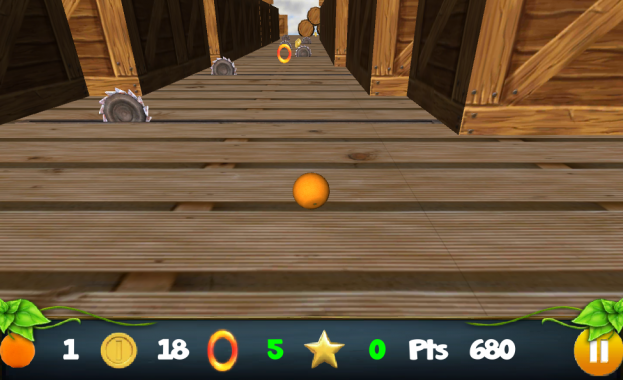 I would like to see more Indie retro or “old-school” games and Indie games generally.