Stumbling Cat is a Seattle based studio focused on producing high quality games that take a fresh look on established gameplay dynamics. Their goal is to create games that encourage players to create, explore, and challenge their wits.

Founding
Stumbling Cat was founded by Renee Gittins and Matthew Endsley in 2014 when they started collaborating on side projects. Previously, Matt founded Carbon Games in 2011, known for the creation of AirMech, an action RTS. He has over ten years of experience in the game industry and an extensive programming background. Renee’s background is in engineering and project management with a degree from Harvey Mudd College and experience as a lead on several extensive engineering and game projects. She acted as both a Producer and a Server Developer for Fixer Studios and developed software and servers for X2 Biosystems, before opting to work solely on Stumbling Cat. 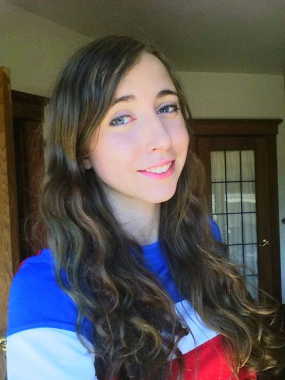 Stumbling Cat’s First Major Project
After developing smaller games and tools together, Renee decided to drive forward with a game idea that she had been developing for several years. The game, Potions: A Curious Tale, is designed to challenge the standard benefits of defeating enemies, requiring the player to weigh the benefits from defeating monsters against the cost of fighting them. In addition to the game, Renee has been keeping an informal video blog, Making Potions: A Tale of Game Development, about the game development process, aimed at showing prospective developers the ups and downs of game development. Once the initial systems and functionality for Potions were developed and implemented, Renee worked to build a strong team to bring the game to life. They are currently working together to create the mysterious and fantastic world of Potions.

Potions: A Curious Tale is an adventure crafting game where combat is not always the answer. You play as a young witch, Luna, who has recently discovered her ability to brew magical potions. She can use these potions to overcome obstacles and battle monsters. Quick thinking allows her to dodge the monsters that would be costly to engage and defeat only the ones that hold ingredients she needs.

Potions is Stumbling Cat’s first major game with gameplay that challenges the traditional benefits of combat in games much as the story of Potions challenges the traditional depictions of folklore characters and events. After creating a base prototype of the game, Renee worked to recruit a strong team to bring the game life. Her good friend, David Dunne, joined the team as the lead writer bringing his previous writing experience on League of Legends and WildStar. A talented artist from London, Jake Neal, was recruited for his stunning environment art. Wesley Eldridge, a local developer and artist, was enlisted to create animations and character art for the game. Most recently, Joshua Du Chene, a talented foli magician and composer joined the team. 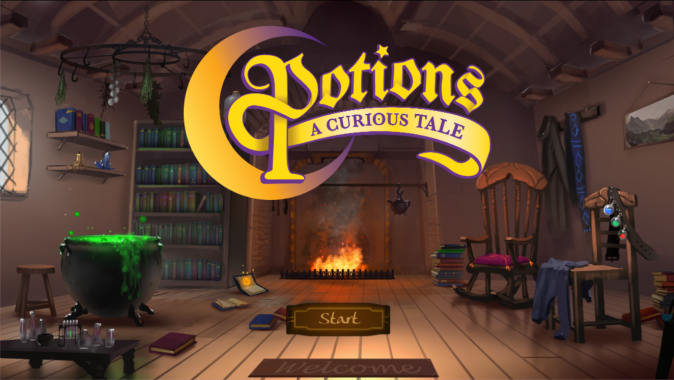 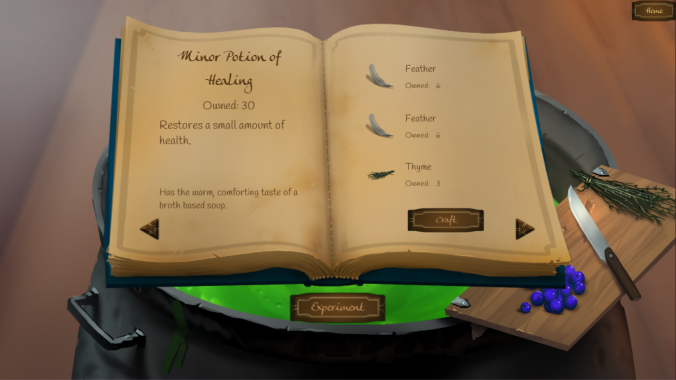 My father purchased Wolftenstein 3D for the DOS and I sat and watched him play when I was about 5 years old. Pretty quickly, I started playing myself! I grew up on PC first person shooters. I think the exact order of games I played growing up was: Wolftenstein 3D, Doom, Duke Nukem 3D, Pokemon Yellow.

I loved games my entire life and have always been drawn to them. I participated heavily in gaming communities, both online and off. From drawn art to cosplay to blogs and reviews, pretty much all of my hobbies were centered around gaming and contributing to gaming communities. Unfortunately, it wasn’t until I was in college that game development was a path I could take. Though I received my degree in Engineering, since that realization, I redirected my path towards becoming a game developer.

For the most part, I am a self-taught programmer, which does make some parts of game development a bit trickier. Luckily, the resources available online and the help of my many friends in the tech and game industries have helped me on my path as a game developer. 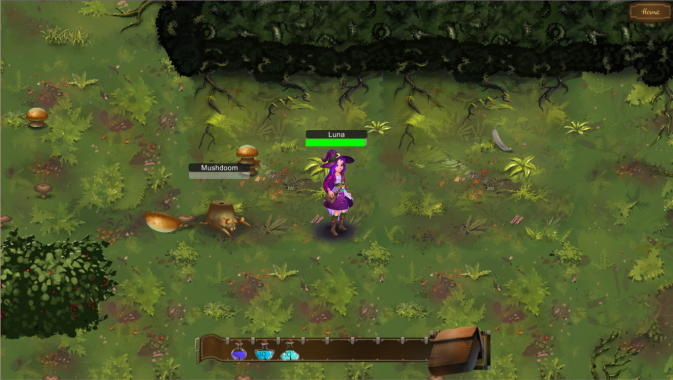 For Potions: A Curious Tale, we are currently using Unity as our engine (with scripting in C#), with Spine integration for smooth animation of our wonderful 2D art, and we use Git as our source control. I fear I couldn’t tell you what our audio engineer uses, though we’ve been looking into using FMOD to integrate sounds more easily.

There have been countless hurdles that both I and the team as a whole have encountered in our development of Potions: A Curious Tale. Every day you encounter new problems in game development, it is one of the reasons why I love it so much, there is always a new challenge to tackle. Whether it is a strange bug in the code, porting to a new console, or just finding the motivation to keep slogging forward, every day has its own challenges.

Of course, the studio not having a previously launched title to gather funds from also means that funding is a large hurdle as well. We are currently working to launch a Kickstarter on April 8th, which has brought challenges all of its own! 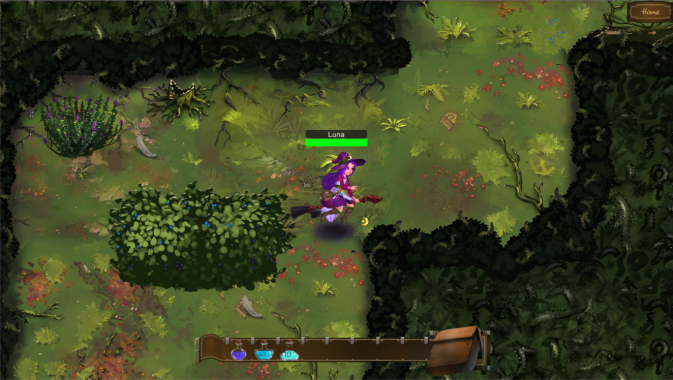 fter the completion of the game what game will you make?

That’s hard to say. There have been a lot of requests for a mobile/tablet game set in the world of Potions: A Curious Tale, so I may explore that. However, I have also found myself greatly drawn to VR development recently and have some ideas for VR games that I would like to explore.

While I spent a lot of time on older computers as a child, my favorite computer is definitely my current one, named Kronos. It’s the first full PC that I’ve owned myself and the first PC I’ve built myself, and it’s supported me through most of my development of Potions: A Curious Tale after my previous laptop fried a few months into development.

I spent a long time using hand-me down computers from my parents, then upgraded to gaming laptops when I went off to college. Kronos was built to be the titan on which I could build the legacy of my company and he is serving his purpose well.

My favorite console is probably the PS1. I’ve definitely spent more time playing games on the PS1 than any other console and I have many fond memories of it. I still have a shelf full of PS1 games that I still come back to now and then when I want to get away from my computer.

Probably Legend of Dragoon, if that counts as retro! Otherwise, Legend of Zelda, which boss fights are actually quite like Potions’!

Well, on PCs, my favorite current game is probably Overwatch. It’s really, really fun and I can’t wait for the release! My only modern gen console is the 3DS and I mainly play Pokemon and Monster Hunter on that!

I played a VR game in beta testing that yanked the camera around when you died. It was a truly nauseating experience!

Oh, I’d love to see Tumblestone! I think it has a lot of the appeal of retro games and is really, really fun to play, especially against other people.