– Lilly herself or one of her many personalities. The plot will tell us about her

many minds and how are they fighting each other.

During the game, the player controls two characters at the same time and one

of them repeats the actions after another. If the player turns left – both of the girls

will go left, if the player turns right – both of them go right, if one dies – the other

is buried with her. The difficulty is in finding the exit of the map, which is

separated into two different parts. Maybe one of the girls will see only flowers in

front of her, but that doesn’t mean that there isn’t a trap before her second

personality. You will find a variety of traps that bring diversity into the game

Here, madness is represented as it really is – Lilly is a foreigner in her own

body and her memory is broken into peaces by the other personalities. She can’t

remember many hours of her life, even days, months and years. Her live is a

broken puzzle and we are here to help this girl.

Reflection of Mine. The soundtrack is provided by Tears of Eve whose music

inspired Slava to create this dark world of madness.

Back in the early 90s videogames weren’t very popular here in Russia. I saw my first game console at the age of seven, when I was in the USA. It was a Megadrive. I remember that I didn’t take everything on the screen to be very magical. I used to draw a lot of different characters those days and dreamed that they were all alive. For no reason at all, I knew that one day I’ld see them moving and fighting each other, so I took everything for granting. 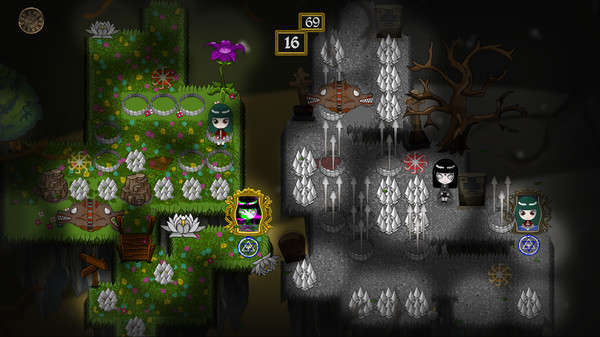 Actually, I started as a writer. I wrote short stories from the age of six. I developed my imagination so much that I caught myself on doing some funny things – when I was speaking about videogames, I would lie and add some new details to make my stories about them sound better. Everybody was listening with their eyes wide open, hanging on my every word. Later all my listeners were disappointed – they didn’t find anything I was talking about in the games. That’s how I understood that I needed to be a game developer – people love my ideas so why not use this skill?

I was never good at mathematics or programming. I used to write books, studied psychology and drew in my workbooks. But frankly speaking, these days you don’t need to have any special education to create games. I use Construct2 and I learned how to use it without having any special knowledge. Things are different in drawing – I spent a couple of years learning how to draw in Flash. I still use the program that I started with – good old Macromedia Flash 8. Maybe it’s an interesting fact – I draw only with my mouse that is almost broken. 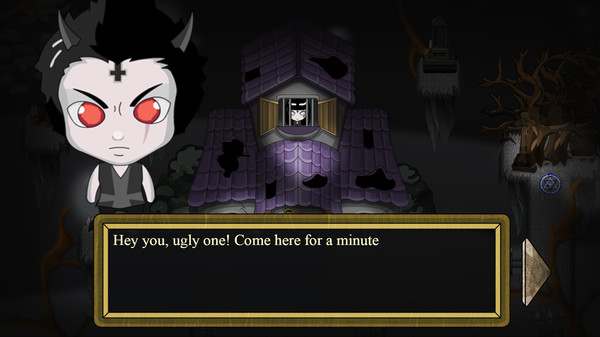 People can handle any problems using only two resources – time and effort. I was a really bad artist when I started to make my game all alone. But was this a problem? I just learned how to draw. The same with coding – if something didn’t work in the game, it means that I should spend some more time to fix it. Another question is that marketing nowadays is one of the big parts of development, and it’s very hard to understand how the market works and how I should sell and promote my game. I’m really bad at this at the moment.

I’ve been working on Reflection of Mine for a year and a half, and during this time I discovered that there is nothing better in your life than to work on something you love. I really enjoying my working process and I’ll definitely start another game project after this one. I’ve already got a prototype, by the way. 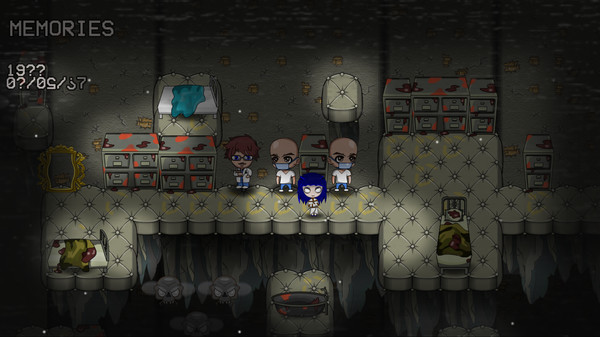 Inspired by retro-games I started to work as a pixel-artist. I created some small projects with open source to sell them here –  https://codecanyon.net/user/redblackspade. Reflection of Mine is the first big project, but these small ones taught me how to structure my code, working process, and how to push the matter through.

I’ve got my first PC only in 2004. I still don’t know why my parents didn’t want to buy it for me for so long. On the other hand I had a console, and I didn’t waste much time choosing it – back than in Russia all the kids in the yard had a Megadrive. So I played on it before the Dreamcast came out. Also, speaking about Russia, I want to admit that there were no real Megadrive consoles on the market. All the consoles were just fakes from China made with strange designs (for example, Megadrive made in the shape of Sonic or Shrek or even Mario (it’s crazy, right?). But I need to pay tribute to all these fakes – my fake Megadrive still works after twenty years of exploitation. 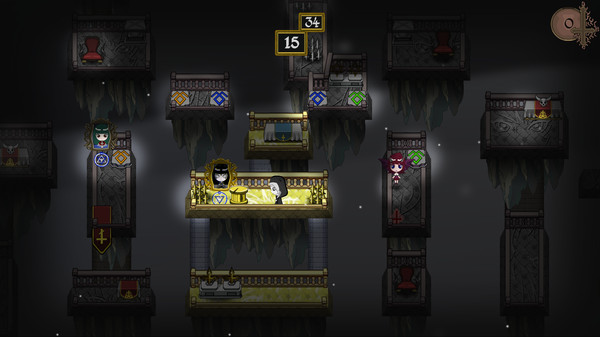 I love many games, so I tried to take the best from each of them for Reflection of Mine. Playing

“Streets of Rage 2”, I understood that good music is a very important part of the game. Through “Fantastic Dizzy”, I learned that mind working gives you much more joy than mindlessly smashing buttons. “World of Illusions” made me know that gameplay can be boring, but a good atmosphere can help any project to become a brilliant one. Also I need to mention the “Castlevania” series – these games helped me to understand that videogames are art.

Frankly speaking, I don’t have much time to play videogames. I had a “Dreamcast” and I was the only boy in my school with such a console. That helped me to understand how good it is to be “underground”. I mean playing unknown titles and telling stories about it. I still prefer unknown projects –Indie-games made for PC by one or two people are perfect for me. It’s hard to find such things on the current consoles. 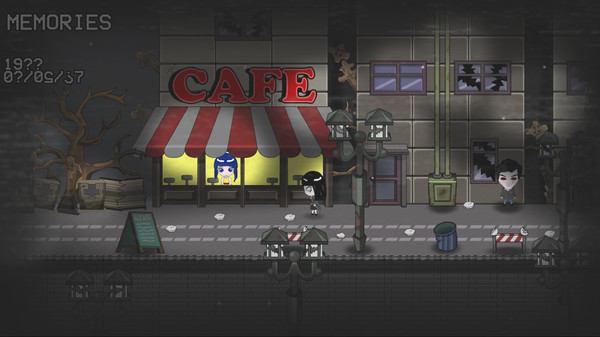 Definitely – the first version of Reflection of Mine – it was a terrible game haha. Speaking seriously, I hate almost all of the AAA-titles. Assassin’s Creed 3 – is my main personal disappointment. All you need to do is to run around with the help of arrows and that’s all! Speaking about bad retro games… You know, when I was a kid I loved every game I played because it was something new. Nowadays I understand how bad “Beavis and Butthead” on Megadrive was. I can’t understand why I played this game for so long! Someone needs to replace my memories.

I’m a big fan of Momodora series, and I find strange that you didn’t write about it yet – all the games are made in retro-style and they are damn good! Also, I hope to see my own future projects in here haha 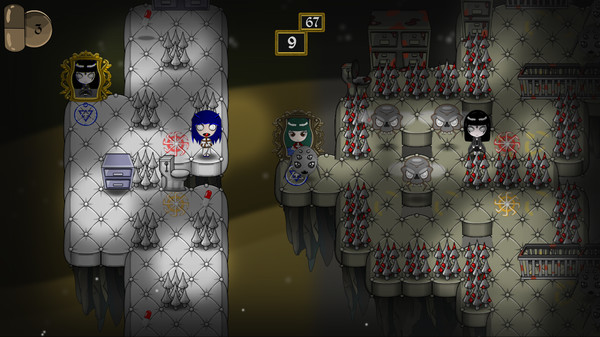