The YEAR IS 1982. Clive Sinclair is unveiling his new home computer, the ZX Spectrum, to an eagerly awaiting Britain. The computer is to revolutionize homes throughout the country as parents will be lapping up the machine to help their kids with homework and improve their education. Or so Mr Sinclair thinks.

In no time at all , the kids are using Sir Clive’s beloved invention to play games, wasting away their time on mindless entertainment INSTEAD of doing their homework. Clive is furious! He returns to the Sinclair lab to work on a dastardly scheme to get his revenge on the uneducated youth of Great Britain.

And now it’s up to you to foil Sir Clive Sinclair’s evil plan and set the kids free to play games on their new Sinclair computers. But quick – those nasty Commodore 64 owners are already beginning to laugh and point! 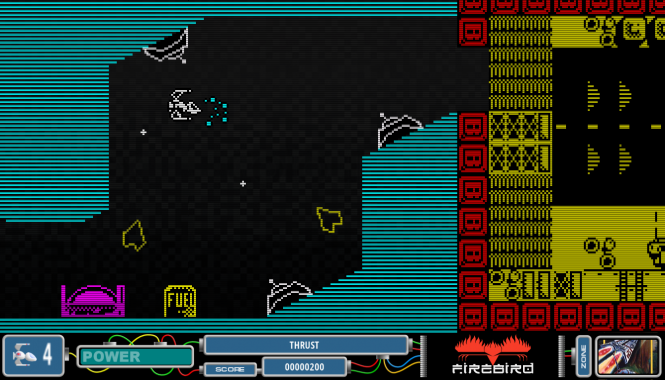 Project ZX is an old school shoot-em-up in the vein of classics such as R-Type, Nemesis and the Amiga favourite Project X.

But above all, Projext ZX was put together as a nostalgia trip for fans of the Sinclair Spectrum and features images and music from over 100 fantastic Spectrum games from the 80s.

All the included games can be viewed on a progress screen featuring details about the original software publisher and writers of the game together with screenshots and cover art. 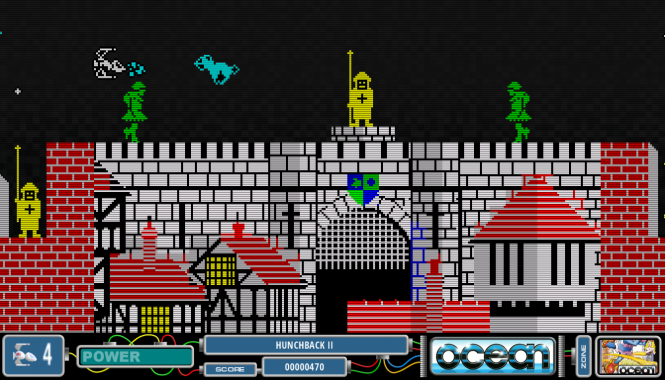 If any of your favourite games don’t feature in Project ZX, don’t panic – there are certainly enough games left for a sequel!

I remember the first arcade game I saw. It was Space Invaders and it was on the ferry on the way to a school trip to France. It would have been 1979. This thing was obviously new, but a guy from my class was playing it like he’d been playing it for years! as far as home computers go, I do recall a friend of mine having some kind of Pong machine – which looked like he’s made it himself! My very first console was an Atari 2600.

My mum came home one day and said they had a computer at work that I could have. It was a Dragon 32. I wouldn’t be able to have it for a few weeks, but I was given the manual to have a read of in the meantime. I read the manual from cover to cover and, within a few days of owning the actual machine I’d written a clone of the first level of Donkey Kong.

What development tools or coding did you use?
I’m afraid I’ve never been one of those clever people were able to program in machine code or anything like that. It was BASIC all the way for me. I wrote a few things on the Spectrum, one of which (a music making program) was published in a listings magazine back in the day. When the Amiga came about, AMOS and the AMOS Compiler were a godsend – the natural advancement from ZX BASIC! Once PCs came about I thought my days of writing games were over, until GameMaker came along. Knowledge of BASIC made it slightly less daunting at first, but with literally thousands of commands at your disposal I’m still learning GameMaker as I go along.

The biggest headache I had with Project ZX were the checkpoints in each level. They just wouldn’t work the way I wanted them to work! I’m sure on more than one occasion I would’ve been quite happy to pick up the PC and launch it through the nearest window! We got there in the end though.

John Davies, who helped with the playtesting on Project ZX has come up with an idea for a game that looks like it’s going to be the next thing for me. I think a couple of weeks break doing my other loves – drawing and video making is in order first though.

All my other games on PC have been remakes of Spectrum games. Hunchback, Automania, Pssst, Cookie, The Pyramid, Bear Bovver, Highway Encounter and Split Personalities. I also made versions of The Pyramid and Cookie for the Amiga and a Hunchback-like game called Wally World which came into being mainly due to the fact that I’d drawn a lot of pictures on the Amiga and wanted to show them off! The game itself was pretty terrible…

The Spectrum still holds a special place for me. I know it had it’s problems and it’s limitations, but there’s something really unique about those Spectrum graphics that look like no other. I was also a big fan of the Amiga at the time and still enjoy playing various Amiga games today. 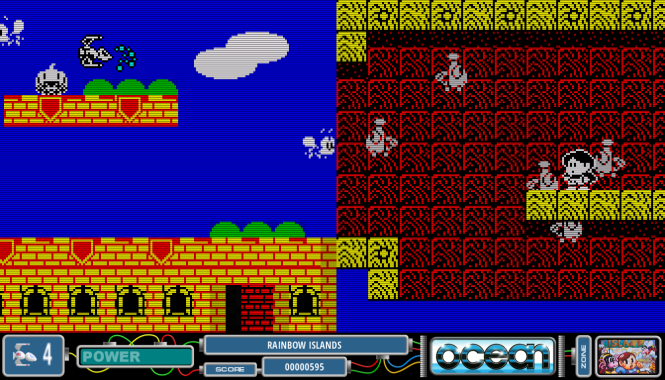 Wow that’s a difficult one. I have a few retro games that I keep returning to. One I keep returning to and is a little more obscure is the arcade game Circus Charlie. I’ve played it a million times, but still can’t quite get the hang of that trapeze! I can do the trampoline level with my eyes shut though! On the Spectrum I think my favourite was Head Over Heels, on the Amiga it was Rainbow Islands and Parasol Stars.

I really don’t like all the blood and gore games these days. I think the fact that the games look so realistic takes away most of the charm. A lot of games just seem to be movies that I’m playing a coincidental part in, and I’d personally rather just watch a movie without being involved! I have pretty much kept up with later consoles though but have always stuck with Nintendo as they tend to make the only games I now still enjoy –  I currently have a Wii-U. I’m not actually very good at games and only end up usually seeing a fraction of the whole game! Because of this and the price of games nowadays I’m unlikely to move onto a Nintendo Switch – I think £60 for a game I’m likely only to see the first quarter of is a bit steep! I did hugely enjoy Mario Galaxy on the Wii and actually finished that one (with a little help from my son admittedly!) 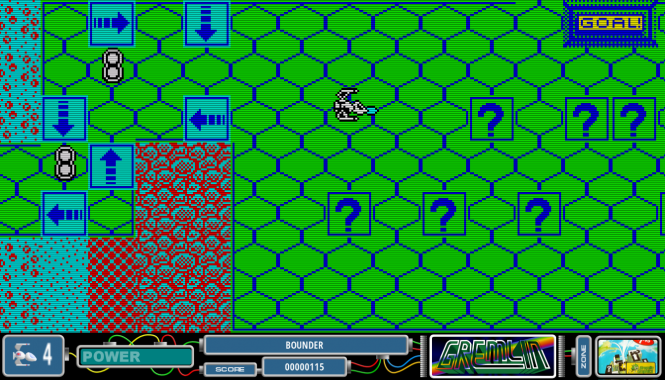 I’m sure there were a few stinkers back in the days of the Spectrum and Amiga, but as I’m aware of the effort that goes into all these games it wouldn’t be too nice of me to single any out.

Just keep telling me about all those retro-styled games that people are making. I love seeing what stuff people come up with. 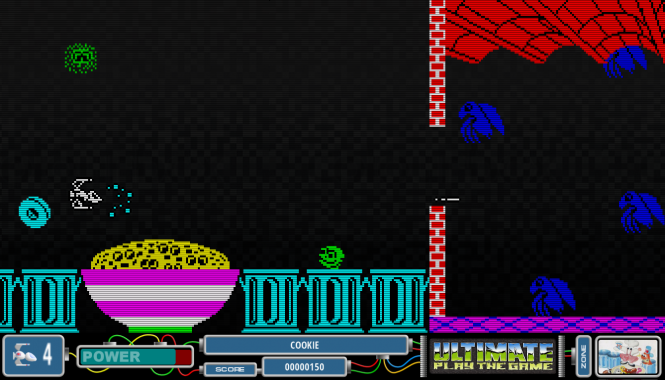