The group consists of myself, João Bertolino, and Bullas Attekita as programmers, Gustavo Camargo and Michelle Santos as artists, who add their experience to contribute creatively in games.

I will answer the questions based on my experience, I would be a long interview if all of us expose their background. 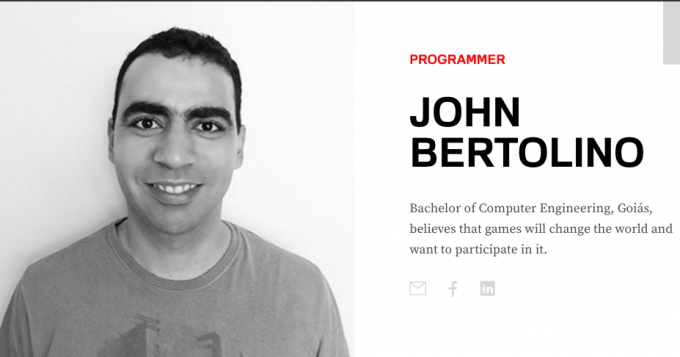 My first game experience is very sad one. I remember me as a little kid plugged my brother’s Atari in the wrong voltage and blowing up everything. But, seriously, my first real game experience was in a Megadrive console, but I don’t know what exactly game it was, probably Sonic. I played games before that, but I was too young and not a native english speaker to understand the games.

My father was a software developer and because of that I had access to computer and programming language books too early in my life. It was hard for me to self learn about programming before the broadband internet, but I learned the basics. At high school I had developed a space shooting game and a snake game. I always was curious about how computers and video games worked, that desire motivated me to study computer engineering. During college I had some professional game programming experience and worked with a lot of game engines.

Pizza Mania’s game engine  is Unity. All code is done using C# language. We use Photoshop for illustration and Garage Band for recording the music and sounds, but some sound effects came from free sound sources. 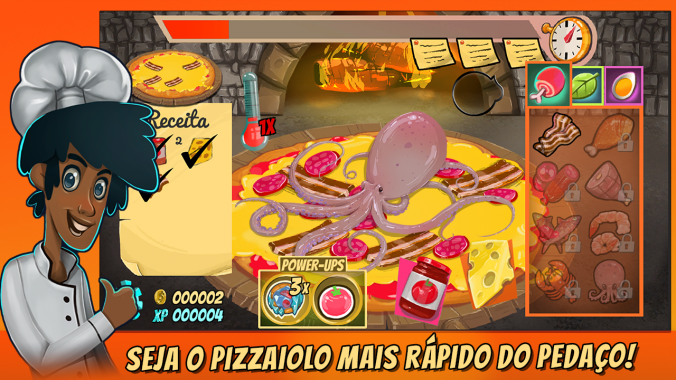 Pizza Mania: Cheese Moon Chase is the first game that Funbites started developing. We had just met in 2013 when we started developing the game. The purpose of this project was to familiarize the team. Bullas had a game also called Pizza Mania and it had a considerable success at mobile game stores when it was released. The ideia was to make a greater version of her game. Cooking games are not our favorite genre, so if we had a better project to work, we postpone Pizza Mania. During the process, we developed many other games. It took 3 years to finish the game. Now, it is in a pretty good shape for us. We learn a lot from it, but mostly that we have to focus our efforts to deliver the product and not lose time-to-market. 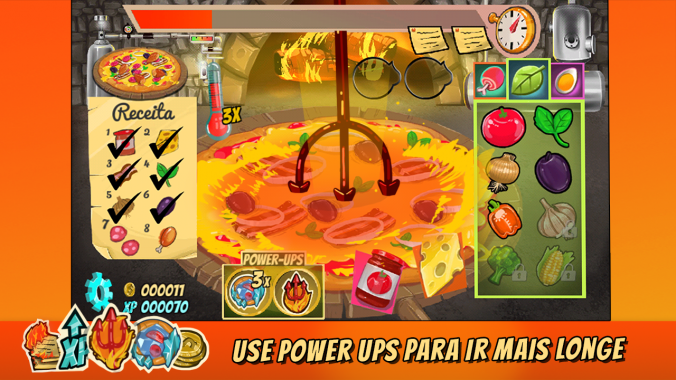 We will start a PC game about time travel. It’s in brainstorm phase, but we have resources from a culture fund of bank Itaú. It will probably take a year and half of development. 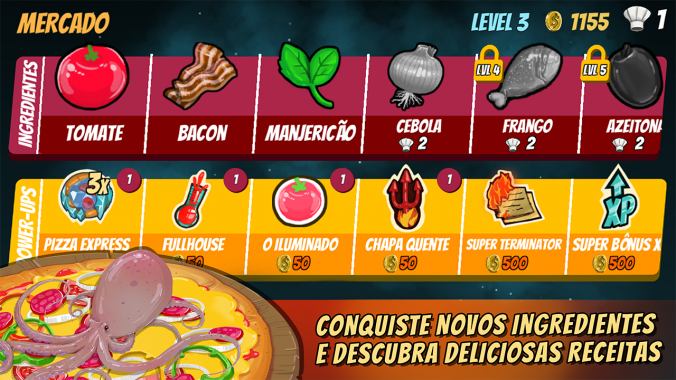 Funbites made a lot of games for a brazilian institution that deals with entrepreneurship. Those games are serious games to teach the player how to thrive in business. We have a game built for Global Game Jam, Allone, and another mobile game (called The Starving Dead) that we made for a local event of developers from Goiânia. This game is available at Google Play Store. 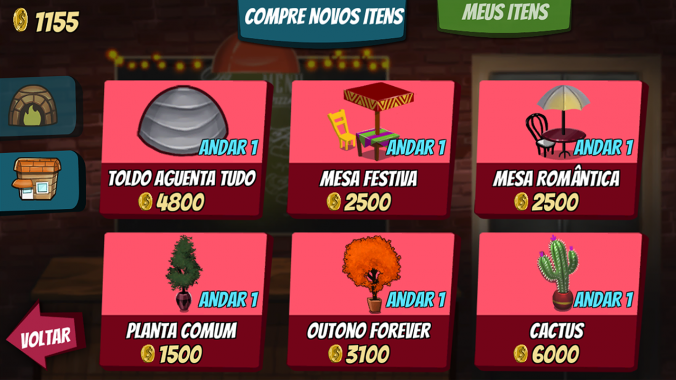 I am a fan of old Sega, I still have my megadrive somewhere in the house. My only experience with PC are x86 architecture. The first command lines that I learn was: “cd megarace <enter> megarace <enter>” and then there was magic. My personal favorite PC was a AMD K6. It has so low specs, but it was a fast computer for that time. I played many great games on it. 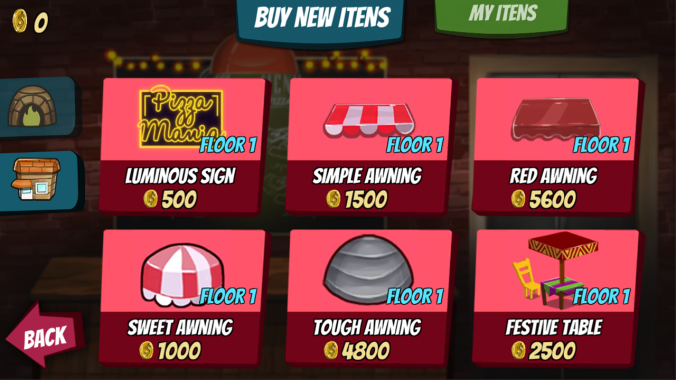 Hard question. The Horde, Zork and Ultima 8 were games that I have great memories. I a huge fan of Sonic games. But I think Blizzard has to win, Starcraft  was a game that I love to play and build maps. I think it is my favourite. One serious game that we did, Super Ecobamboo, was based on my experience with Starcraft and we won the first prize with this game. 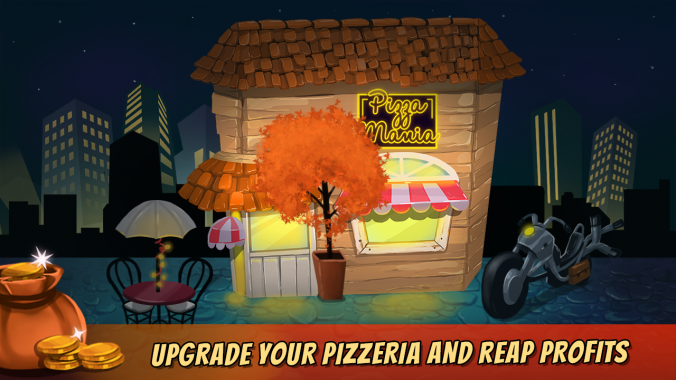 I have Xbox One. I love to play Inside! It’s better than a lot of AAA games. I also enjoy playing GTA 5, great game. 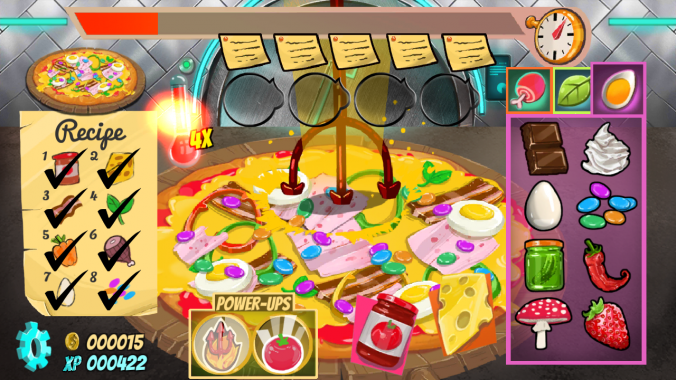 I tend to erase bad experiences. Probably some game that I developed when I was learning how to code.

As a game developer, what I like most about retro game sites is when they show old games that have a lot of potential that was unexplored and forgotten. Like MetalJesusRocks Hidden Gems videos. You could improve your site colors. Dark background are hard to read and the dropdown menu have too much items.

I would like to add some retro references that are present in Pizza Mania. There are 3 bikes that you can buy to your pizza delivery guy reference to Full Throttle, Akira and Tron. The music is inspired in Megadrive Streets of Rage. 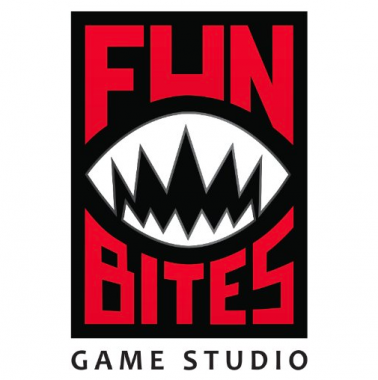