In cooperation with Mike Montgomery, one of the original founders of The Bitmap Brothers, and Sound of Games, we developed a remastered version of the legendary Amiga/Atari ST action platformer GODS. The game itself can be seen as a predecessor of modern 3rd person Action games, paving the way with adaptive level design, puzzles and a lot of action!

While the original gameplay and levels have been preserved very accurately, the new version features more state of the art HD looks based on a complete 3D based refurbishment, lighting effects and an extraordinary new soundtrack. Even if you prefer to revisit the game in all its original pixel glory you can have a go with this version, even play it with a much smoother frame rate than the 16Bit game!

So far the game has been developed for mobile devices and we now want to bring an enhanced version to Steam that will feature better graphics and effects along with controller support to get closer to the original experience.

Highlights:
– Very accurate preservation of the original levels and gameplay
– Includes 4 levels a 3 worlds crammed with action and puzzles
– Enhanced level and sprite graphics in 3D, using proper lighting and effects
– All new sound effects and soundtrack created by Sound of Games
– Includes the original pixel graphics and sound effects of the Amiga version
– Switch anytime between the remastered and the original version during the game

NOTE: The gameplay video and screenshots were captured from the mobile version. The PC version will get enhanced graphics with more details, effects and better resolution!

First of all Welcome to Retrogamesmaster I am very excited with a new GODS game update in production I loved this on the Amiga?

Thank you! I’m as much excited as you to bring this classic gem to modern platforms. The original game was made for Amiga, Atari ST and PC but also got some console releases on Sega Megadrive and Nintendo’s SNES. Before I started the production I played all the versions available and found them to be quite different in terms of pace and I ended up going for the Amiga version, which had a rather relaxing playing speed. The mobile version will increase the frame rate (the original had only 17FPS on a european machine) but keep the pace of the original.

What inspired you to make this game?

I had the chance to get the official license for the original game by the Bitmap Brothers and since I loved and played the game a lot on my Atari ST back in the 90s it was an easy choice for me. 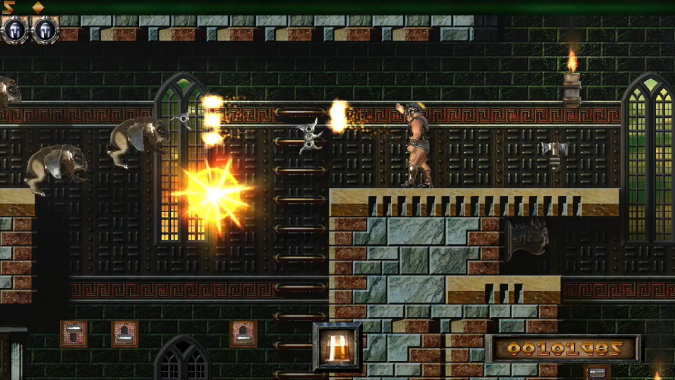 I’ve been working with the Unity3D engine for quite a while now, so this was the obvious choice. I wanted to include a classic mode with all the original graphics in the mobile version as well as a new remastered one, where all sprites are being replaced by real 3D models. Since Unity features a nice 2D toolkit for sprite handling on top of the 3D stuff, this worked out pretty well. Coding is done in C# and I use Blender and Substance Painter (very cool tool) for 3D assets and Adobe’s Illustrator and Photoshop for all things 2D.

What hurdles are you having making Gods?

So far there have not been real hurdles but rather some learning curves I had to master along the way. From today’s perspective the original game is not very complex or difficult to make, but transferring it to 3D led me into some uncharted territories like animation of complex characters, lighting setup and other stuff I haven’t worked with yet in the past. 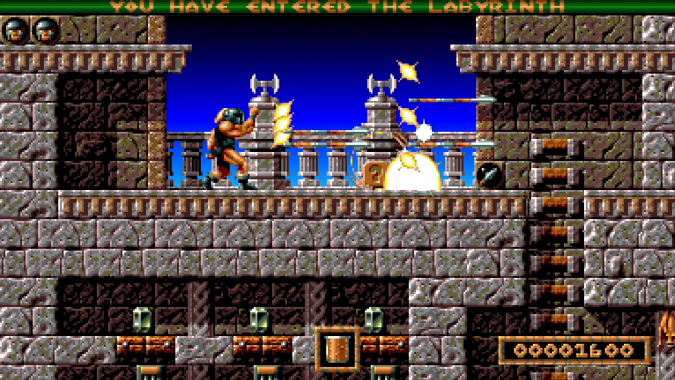 I’ve created a lot of games during my career, most of them on mobile platforms like Pocket PCs, Java enabled phones and of course on iOS and Android, but also on more exotic platforms like DVD or Blu­ray players and set top boxes. Apart from Gods Remastered I’m currently also involved in a game called “The Fishing Club 3D”, that’s been running on facebook for 2 years now.

I think it was either “World Games” or “Summer Games” on the Commodore 64. I played this quite a lot at my cousin’s house together with my sister.

When I finally got a Commodore 64 on my 13th birthday, it was clear to me from day one, that I wanted to learn how to program games. Video games always had a strong appeal to me so this was somehow the natural way to go. I started by learning BASIC to be followed by Assembler shortly after. Many years, platforms and programming languages later I just haven’t stopped doing it. 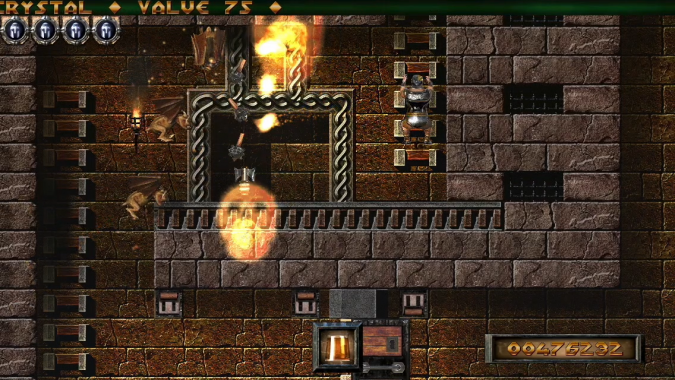 The computer that obviously influenced me the most and that I still use today was the
Commodore 64, but I think it was the Amiga 500 that I actually WANTED the most later on.
Unfortunately I only got an Atari ST instead which was ok but never quite as good as an
Amiga 🙂 I only get into console game when the PS2 game out, before that it was all about home computer or PC gaming.

Turrican I/II on C64/Amiga and Bubble Bobble on an Arcade machine. Both are just totally ace and still a lot of fun to play.

Of course! I used to have all the consoles starting in the PS2 era, but nowadays I only own a PS3 and a PS4. My favourite games are all from the Uncharted series and also the latest Rayman games since they are so full of creativity and great ideas.

Uh, that’s hard to decide.. I think there were a lot of crappy games around during the home computer era and I can’t remember one as being the worst.. In general, I don’t like games where there’s clearly only style but not much substance like honestly many Amiga games but also some recent PSN titles.

A feature about the successors of Bubble Bobble on Arcade that never saw a home release would be nice since I think they are not very popular but deserve better.

On a personal note:
Gods Remastered is 100% self funded, we don’t have a publisher or investor involved. As you can imagine, it’s crucial to spread the word to make this game a success! If you’re interested in how the development of Gods Remastered is coming along, please visit our dev diary on facebook (​https://www.facebook.com/GodsRemastered)​ or follow us on Twitter (@GodsRemastered) ­ Every Like, Share and RT will help us!