Nintendo 64 Anthology Now Digital
Dear All,
Geeks-Line Publishing always listens 100% to our supporters, but there’s one request we’ve heard loud and clear for a very long time: ‘Guys! Reprint the Nintendo 64 Anthology book!’ As you know, this was a strictly limited print-run, with the Collector Edition priced at $55.90. Today we are proud to announce a digital release of the Collector Edition, which also offers an interactive summary. Grab it now for just $16.99, from www.geeksline-publishing.com

The Digital Book
To celebrate this incredibly avant-gardist machine, Matt Manent has written the most comprehensive and remarkable book about this legendary console. Over 360 pages long, this book inventories and chronicles the entire game library (388 games sold in Japan, the US, Europe, and Australia), sifts through the canceled games, accessories, collector’s editions, and, of course, every Nintendo 64 version and bundle. By interviewing the people involved at the time – Martin Hollis (Rare – GoldenEye) and Eric Caen (Titus – Superman; acknowledged as one of the machine’s worst games)– Matt Manent has worked to make this book an encyclopedia honoring the Nintendo 64 we’ve all come to love.

“Welcome to Retro Gamesmaster thank you for sparing time from your busy schedule. Let’s get this interview underway” 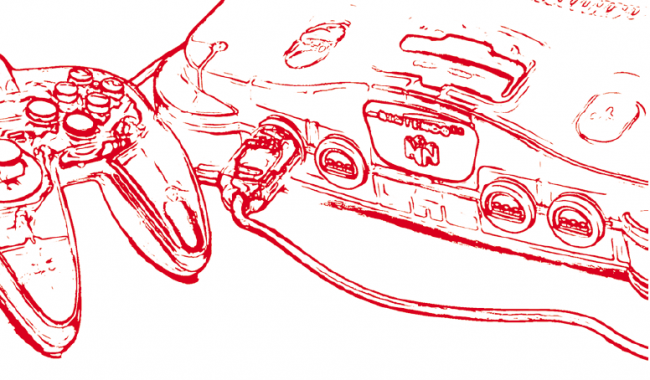 Actually, I fell into video games at the age of 12, in 1981. I started playing and programming with a programmable calculator in BASIC (Sharp PC-1211), then I owned an Oric-1, Amstrad CPC 464, Commodore 64, Atari ST and Amiga. My first console was a PC Engine (Turbo-Grafx) from NEC. Then, I started to work at the age of 18 in several French video games magazines. I made the first issues of Joystick, Joypad, Super Power (a Nintendo dedicated Magazine), Mega Force, and PlayStation, where I used to be the Managing Editor. Video games have always been a real passion, they filled a large part of my life. So, 20 years later, I wanted to pay homage to the video game world and the console that had excited me by publish the best book possible. I also wanted to share information and anecdotes about the history of the Nintendo 64 itself, as, back at the time, games developers, musicians, graphic artists were (because of marketing reasons) mute. So, time passing, tongues are being loosened and that’s a good news. 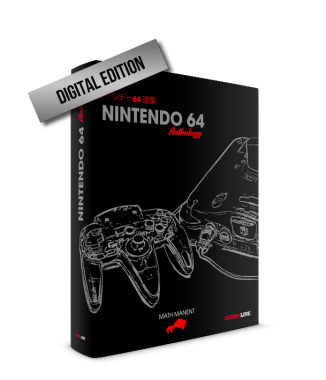 I am the publisher of the Nintendo 64 Anthology book, Math Manent is the writer. It took him over one year and a half to achieve it. 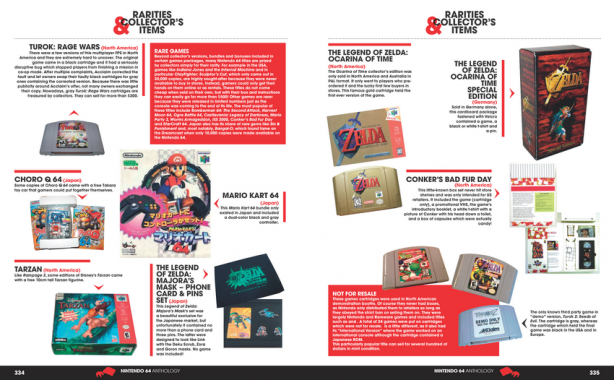 This is the first time such a book about the Nintendo 64 is published. So everything is new. From the history, to the interviews, from the complete library to the hardware section. Also, a section in the book is entirely dedicated to the collector, where the reader and collector can in a blink of an eye, discovers all the entire game library. These pages, specially designed for collectors, inventory all the games released on the Nintendo 64, in each territory (Japan, North America, Europe, and Australia). There are checkboxes by each game, so that you can keep a precise inventory of your collection and quickly see which games you own and those you don’t… Yet!
As this book has been published with the collaboration of collectors, it gathers a lot of unknown Nintendo 64 versions, as for example The ANA Nintendo 64 that has been provided by consolevariations.com 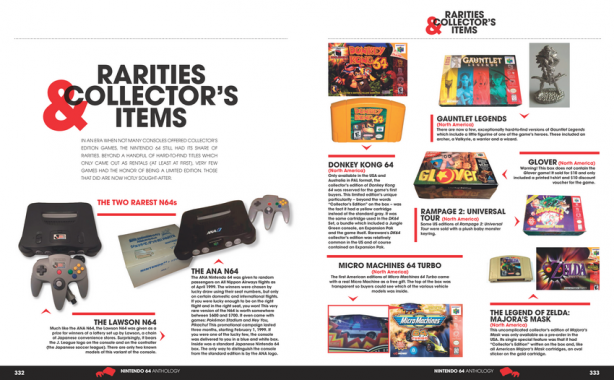 “Tell us more about the Kickstarter?”
In France, as a magazine publisher, I have kind of credibility, this is, of course, not the case neither in the UK nor in the US. Kickstarter is for me a new medium that can be the link between the English speaking readers, the writer, Math, and I. As Geeks-Line is still a small company, publishing a book about our passion is a new adventure for us full of traps, mazes, and obstacles. 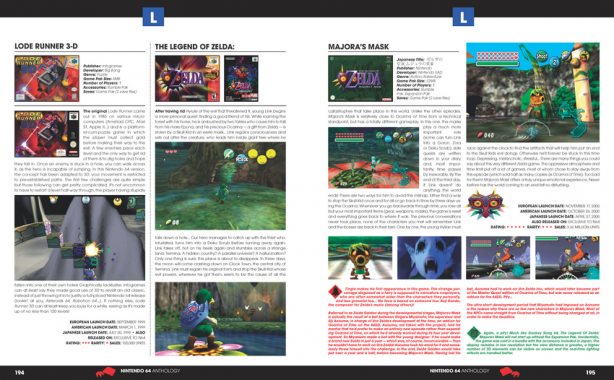 “When is your book due for release?”
The Nintendo 64 consoles is celebrating its 20th anniversary on September, 29th 2016 in the US. The release date of the book is coinciding with this anniversary. 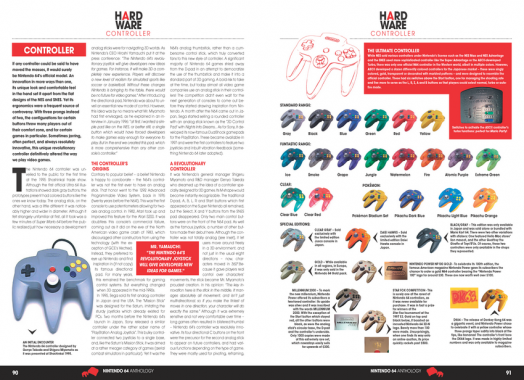 “How long have you been writing books?”
I started Geeks-Line two and a half years ago. We have published in french 7 books (Nintendo 64 Anthology, Sega Master (a Yu Suzuki Biography), and a serie of three incredible books (1200 pages in full color) about the first Playstation called Playstation Anthology Trilogy. As I said before, I have published and worked for a lots of video games magazines back in the 90’s.

“My favourite computer was my Amiga, and my favourite console the Megadrive. Do you have a favourite?”
I loved my Atari ST and my PC Engine. Even if the Amiga was better for games, the Atari ST is definitely the computer which excited me the most. I just bought a 1040 STF two weeks ago and a PC Engine 6 months ago. Played games such as Gunhed, Dragon Spirit, R-Type, It is just amazing. 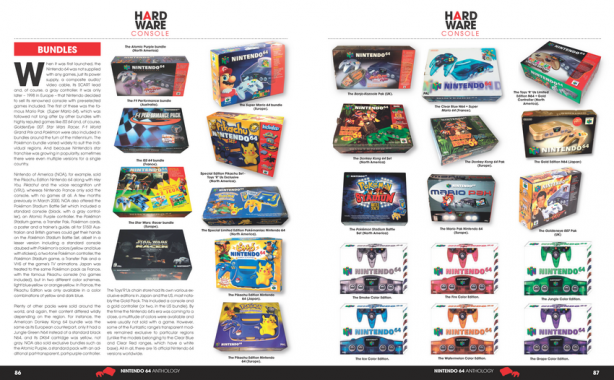 “What is your favourite retro game?”
I would say that Actraiser on the Super Nintendo is my favorite game. This atmosphere, the fact to play a kind of RPG part with a platform game sublimed by a fantastic music was terrific! On the Nintendo Mathieu and I would say Super Mario 64 because this games has democratized the 3D in real time and it was a revolution at that time. Mathieu Manent also loved Perfect Dark. It is one of the most beautiful game on the console, one the most difficult one also. Its multiplayer mode is one of the richer and complete.

“Do you still game on the current consoles and if so what is your favourite game?”
I am too old for that! The games today use too many buttons and I have some difficulties to press them in the right timing. Even if they are, on a technically point of you, almost perfect, I must admit that I like better the feeling of the game from the 90’s 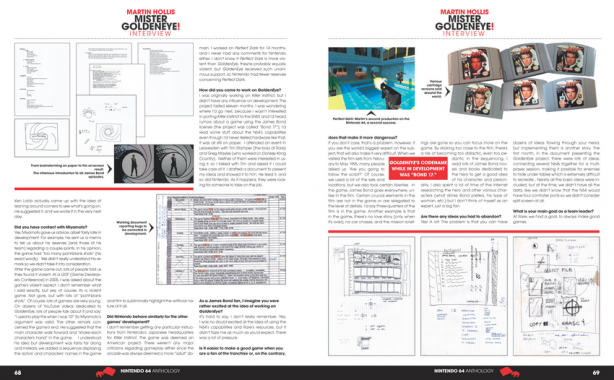 “Whats the worst game you have ever played?”
If it is a bad game I did not play with it! But I must admit that Mathieu and I played SuperMan 64 to make the book, and it is, indeed, awful! 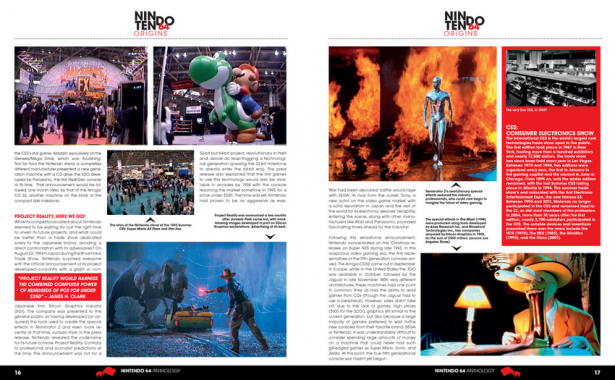 “Finally what game or feature would you like to see on Retrogamesmaster in the future?”
The site is really very complete, may be have more interviews of Japanese people could be of some interest. What about your site in French? 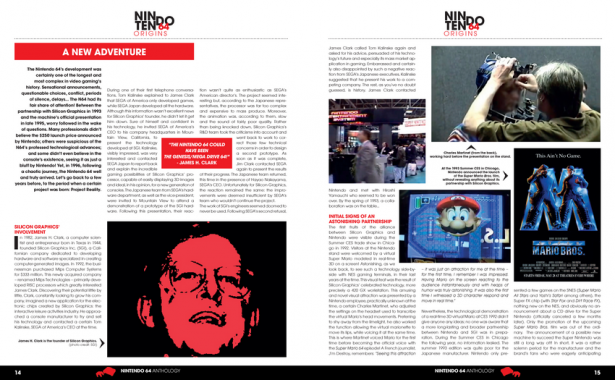