About this project Click here to support the Kickstarter

The Official Dreamcast Magazine, SEGA Visions, Mean Machines Sega … these are just a few of the classic SEGA magazines from days gone by. It seems so long ago that there was a dedicated SEGA magazine we could call our own, but the time has come for SEGA fans to get their very own magazine once again!

We’d like to introduce you to Mega Visions, which will be a fully digital, bi-monthly publication that will be designed specifically for easy reading on all your devices.

Mega Visions is brought to you primarily by the team at SEGA Nerds. We’ve been covering SEGA for more than 10 years, and the site remains one of the earliest SEGA news sites still around. But there are also a tremendous amount of industry experience that’s gone into creating Mega Visions!

We’ve partnered with Magazine Cloner, one of the industry’s leading digital magazine publishers, to enable us to publish the magazine on nearly every device and platform imaginable, including the iPad, iPhone, Android tablets, smartphones, Kindle Fire, Windows, PC and Mac. 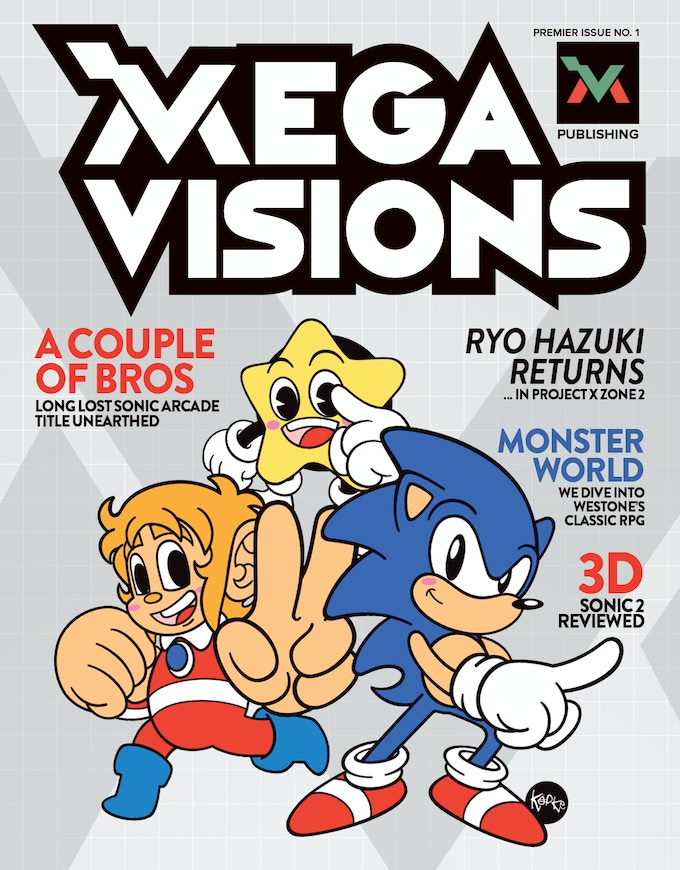 We’re still finalizing our sections and features we’ll have in Mega Visions. In fact, much of that will depend on the feedback we receive from you, but here are some of the great features you can expect to see:

We have some future surprises in store that we’ll announce in the coming weeks that you’ll be sure to love!

Pete: “Welcome to Retro Gamesmaster thank you for sparing time from your busy schedule.  Let’s get this interview underway” 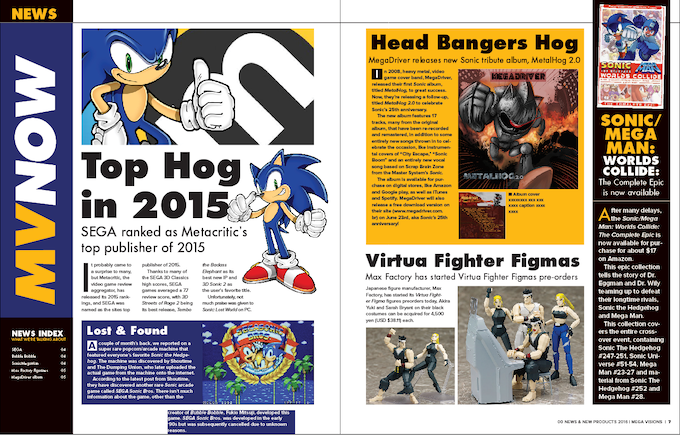 Chris: From my earliest memories, video games have always been a part of my life. I started when I was just a few years old, playing on my older brother’s Atari 2600 and Magnavox Odyssey. From there, I eventually got my own NES for Christmas when I was around 7 years old, and I was hooked.

Around that same time, I also discovered my brother’s collection of video game magazines. I remember reading through them and being amazed at the screenshots and artwork of the new video games that would soon be coming out. I thought the game journalists had the coolest job ever and assumed all they did was sat around playing video games and getting paid for it! But from that point on, I knew I wanted to write about video games when I got older. 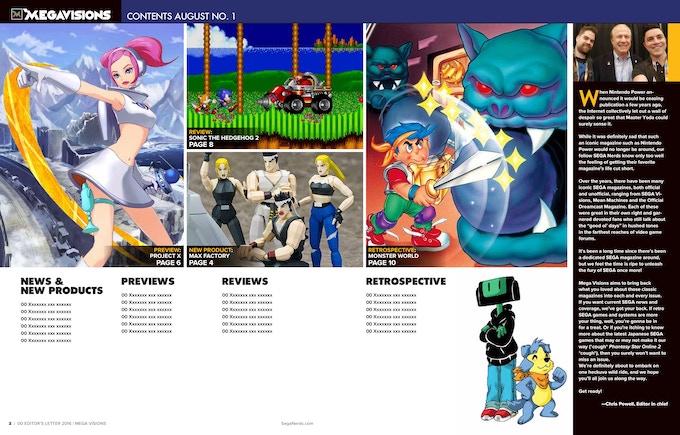 Pete: “How long has it taken to research for the new magazine?”

Chris: We’ve been working on Mega Visions for more than a year now, solidifying our focus and laying the groundwork for what you see in our Kickstarter campaign. If you ask anyone who has successfully launched a magazine before, I’m sure they’ll tell you it’s not easy and not something you can do on a whim.

From the very outset, though, we knew we wanted to offer our readers something more than just a regular PDF-based digital magazine. Those are usually really cumbersome to read on smaller devices, like your mobile phone, where you have to pinch and zoom just to read text.

With what we’re doing with Mega Visions, the magazine will be formatted specifically for all your devices, whether you’re reading on your tablet, PC or smartphone. It will also allow us to do some amazing things that no other SEGA magazine has done before, like include all sorts of multimedia and interactive features. We’ll have video, audio, slideshows and offer ways to interact with the content in the magazine in a fun and intuitive way that will make it incredibly easy to enjoy Mega Visions. 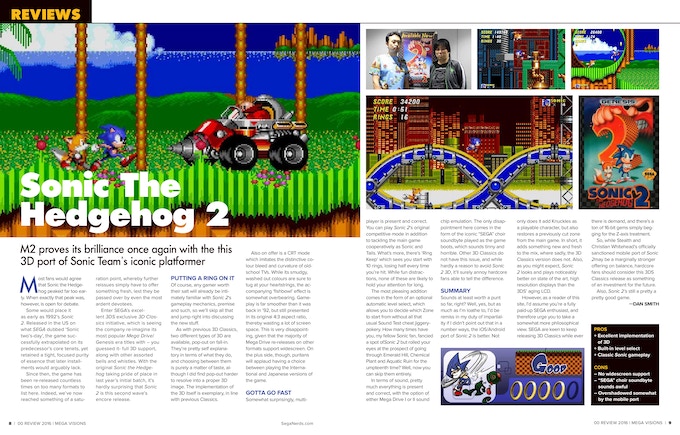 Chris: First off, our goal is to offer our readers the highest quality content possible and deliver stories and articles that can only be read within Mega Visions. For example, we just announced that former SEGA of America President Tom Kalinski and former SOA Marketing Director Al Nilsen have joined the Mega Visions team to write a joint column in each issue. This will be the first time Tom and Al will have the opportunity to share untold stories from their time at SEGA directly to their fans.

We’ve also worked with the former designers of the Official Dreamcast Magazine, Next Gen magazine and EGM to help us create the look and feel of Mega Visions. We feel that this will help give the magazine a familiar sense to longtime readers of those publications but to also give Mega Visions a style that can stand on its own.

Beyond that, we’re making Mega Visions for the hardcore SEGA, Atlus and retro gaming fans, and we don’t want to waste their time by reviewing games that have already been reviewed a thousand times. Instead, we’ll focus more on games that, for whatever reason, didn’t get the attention they deserve.

To that point, we  have a policy that for every game we review or write about, we have to offer something new to our readers – whether that requires us talking to the original development team or digging up new pieces of information about the game’s development or subsequent release.

More than anything, we want our readers to feel like they’re getting excellent value in subscribing to Mega Visions and they leave each issue both entertained and having learned something new. 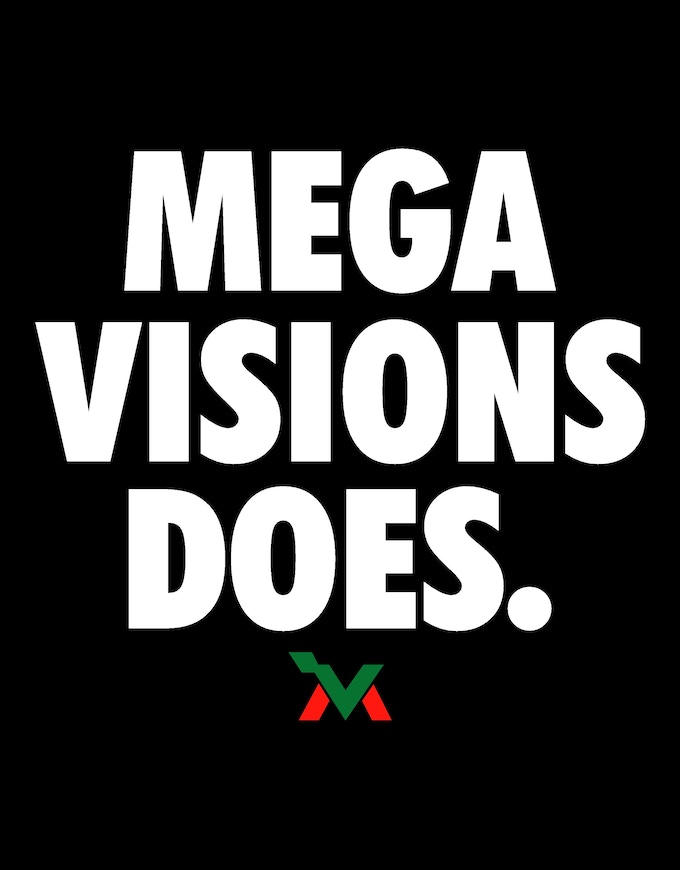 We’re trying to raise $13,000 to help fund the magazine’s first year of publication. This will enable us to publish six issues and pay for all the excellent designers, artists and journalists who help us create Mega Visions.

People can get an Early Bird Subscriber special at only $15 for all six issues, which has been, by far, our most popular tier so far. Some of our other tiers include physical rewards, like a Mega Visions branded poster or a sticker, and we’ll soon announce more options for other physical rewards that our backers have requested.

There are also tiers that allow our backers to choose a game that will be reviewed in the magazine and even one where they can review a game of their choice, and our editorial team will work hand in hand with them to get their review into Mega Visions.

The campaign is doing really well so far, but we haven’t yet met our goal, and we need everyone to help us get the word out in every way possible. We hope our backers will tell their friends about Mega Visions and share the campaign on social media to ensure as many people are aware of the project as possible. 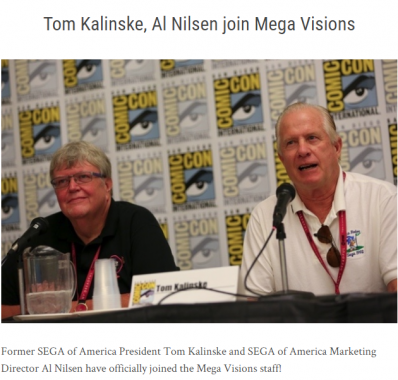 Chris: We’re targeting the first issue to release later this year in the September-October timeframe. 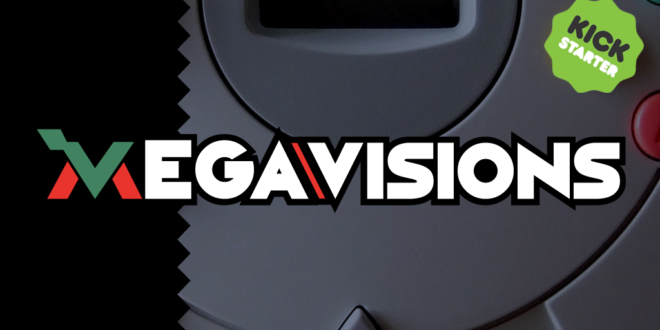 Pete: “How long have you been writing Magazines?”

Chris: I’ve been writing about SEGA for about 15 years now. I launched my first website, which was a Dreamcast fansite called Dreamcast Junkies, and we later renamed it to Dreamcast Realm. It was hosted at Tripod, and looking back, wasn’t the prettiest of sites, but we learned a lot in those early days and had so much fun writing about video games.

Once SEGA announced that they were discontinuing the Dreamcast and were going to be a third-party publisher, we decided to launch a new site where we could focus on SEGA in general. That site was SEGA Nerds, which we still continue to operate today and is one of the leading SEGA news sites on the Internet.

Outside of SEGA, I’ve also written for Joystiq, PS Fanboy and RETRO magazine in the past. But because I’m so busy with Mega Visions and SEGA Nerds, I don’t take any work on other publications these days.

Chris: My first gaming experience that I can remember was playing Haunted House on the Magnavox Odyssey. You’d put a sheet of plastic on your TV screen that had a picture of a spooky, purple house and would use the controller to move a small, white square around the screen. I guess that square was supposed to be a person or something, but I still remember how scary that house looked when I was only a few years old.

Chris: I was never a big PC gamer growing up, mainly because my father didn’t quite understand them, so we mainly stuck with consoles. My favorite console has to be the SEGA Dreamcast because it revolutionized gaming in so many ways.

Being able to play online games right out of the box with the Dreamcast modem was amazing. I have so many fond memories playing Phantasy Star Online with my friends and being able to communicate with Japanese and other foreign players thanks to the game’s built-in communication system. SEGA did such a great job breaking down cultural and communication barriers in that sense.

The Dreamcast’s VMU  also was amazing in that it allowed gamers to take save their games but to also take it with them to play simple mini-games that could allow them to gain experience points or have other effects in the full game once they inserted the VMU back into their Dreamcast.

The Dreamcast had so much potential that went untapped due to SEGA having had to abandon support. I think if it had a chance to continue throughout its full life-cycle that it would be regarded as one of the most successful consoles in history.

Chris: Streets of Rage is definitely my favorite retro game. From Yuzo Koshiro’s amazing soundtrack to the addicting gameplay, it’s one of those video games that once I pick up a controller and start playing it, I can’t put it down.

I also play it a lot with my kids, and they really enjoy it too. I love introducing them to important games from my childhood because they often have the same reactions to them that I did when I was their age.

Chris: We own a PlayStation 4, Xbox One and Wii U, and I try to play them when I get the time. My current favorite game from this generation is probably Witcher 3. I love the combat mechanics, the amazing storyline and interesting characters. For a game to hook me these days, I need a really strong emphasis on storytelling and character development, and Witcher 3 does that so well.

My youngest son also forces me to play a lot of Plants vs Zombies Garden Warfare, so I’ve been able to get pretty good at that lately, too!

Chris: Oh god, there are so many, haha! If I had to choose one, it’d probably be Hydlide on NES. That game was so damn frustrating, and we could never figure out how to play it properly no matter what we did. It also looked like crap when compared to other RPGs released back then, like Dragon Warrior and Final Fantasy.

Chris: There’s never enough Alex Kidd love to go around, so I’d love to see your site write something about SEGA’s mascot before Sonic the Hedgehog!