Welcome! This is the first book especially written about the Atari ST Demoscene and its origins. Unlike any other retro book it combines a continuous essayistic storyline with a lithographic art book presentation. This full-coloured hardback book contains over 200 pages of Demoscene history and is just the beginning. The first volume enfolds the timespan from 1986 to 1990 and focuses on the development and transformation of the early core of the scene.

From The Union to Thalion. From freaks to professionals. The balancing act of a few german computer kids, uniting the european demo scene, to become some of the most advanced 16-bit game designers of all times. This book is packed by unforgettable Demo- and Game productions presented in an all new manner. What’s behind the pixel-art, the programming techniques and chiptunes? Where did the makers get their inspiration from? This book gives an answer. 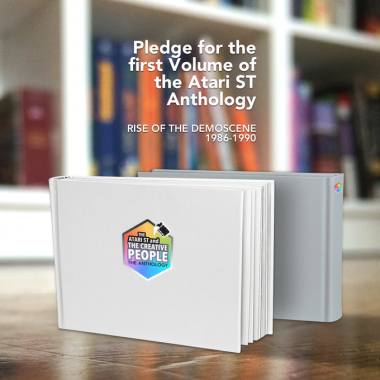 “Welcome to Retro Gamesmaster thank you for sparing time from your busy schedule. Let’s get this interview underway”

As a kid I was into video gaming right from the start and played with todays legendary consoles like the Magnavox Odyssey2 (European Version Philips Videopac G7000), the Atari VCS 2600, and finally the C64 and Atari ST. But especially the experience with the more creative home computers of the 80s and 90s left a lasting impact on me. Today I want to throw an eye to the creative spirit of those times, where the programmers and artists had to be really clever to trick the machines and to get something worthy out of it. German game developer Thalion had impressed me the most with bringing never dreamt of arcade-style games to the Atari ST, so much indeed, that I want to tell the story now. Over 20 years later.

About half a year.

First and foremost I try to capture the spirit of the home computer era. Retro fans can dock on different aspects, like the pixel-art, the tools we used, the art of chiptune, early module soundtracking and the production of arcade games on a 68000 processor. This first part of the anthology captures the art, the fight and the transformation of the Atari ST demoscene to german game company Thalion. From 1986 to 1990. Actually creative people from all over europe where assimilated by this company showing their artistic talents, which where quite unmatched on the ST and Amiga.

“Tell us more about the Kickstarter?”

The Kickstarter campaign has already started and ends after 30 days on June 6. It’s kind of exciting for me. The book will be written in german, but initially published only in english. The unique idea is to produce a hardcover book in the original Atari screen size, so you can comprehend the sceen-related programming tricks one-to-one. The book will be crafted and printed with lithographic highest possible offset printing quality with long-lasting thread stitching. You can open it completely, to see every bit of the many never-seen-before landscape formats, we use to illustrate and describe the classic pixel-art. I work with an experienced staff and also with insiders of the scene, as well as the protagonists of Thalion to be able to tell the true story. Every book will be packed with all the goodies, like originally designed A2-posters, a set of demoscene-postcards, sticker and even a fridge magnet is included. Even though I managed to hold down production costs: Worldwide shipping is free.

“When is your book due for release?”

We plan to be ready to ship the book worldwide in October 2016.

“How long have you been writing books?”

Actually this is my first book. I am rooted in german magazine business, usually publishing articles around audio-technology, headphones, digital streaming, home theatre and software. Amongst others I was technical editor for german audio magazine Stereoplay.

In terms of video gaming my first experience goes back to those cranky monochrome LCD handheld games with only one game and two moves. I mistily remember “Tennis” and a kind of jungle hunt game. Also very important were those arcade games standing on the camping site in our Italy holidays, I was around 7, and we were coming back often to play Donkey Kong and Space Invaders.

Easy to answer here: the Atari ST was the most influential computer system for me. In terms of video consoles I must admit never to feel connected to one. 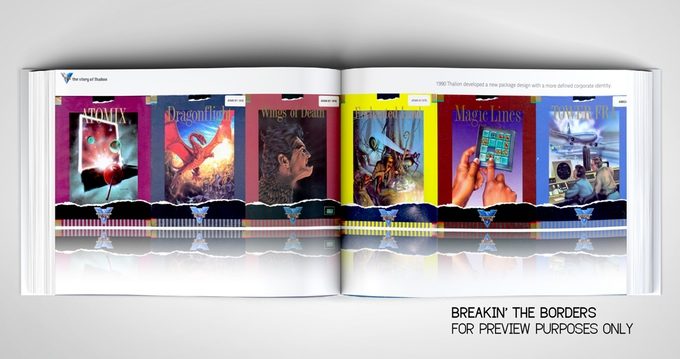 “What is your favourite retro game?”

I can not forget the humor and storytelling atmosphere of the Monkey Island series. Short after that, the Indiana Jones series. Yes, to be honest, the point and click adventures of Lucasarts were my favorite type of games.

No. My last console was the philips videopac around the beginning 80s. The last video game I played enthusiastically was the Stronghold series on the PC.

Too many. Can’t tell which one’s the worst, but in fact there were a lot of very bad arcade conversions on the ST.

How can you ask? More ST games. 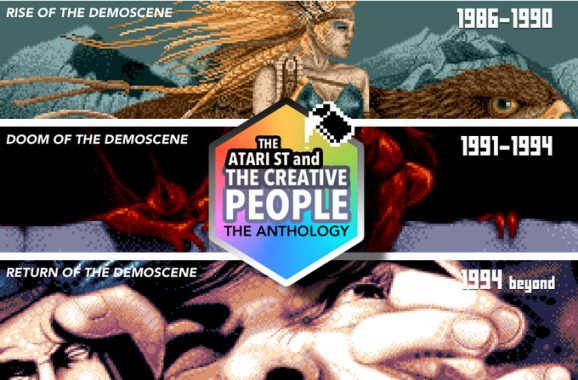