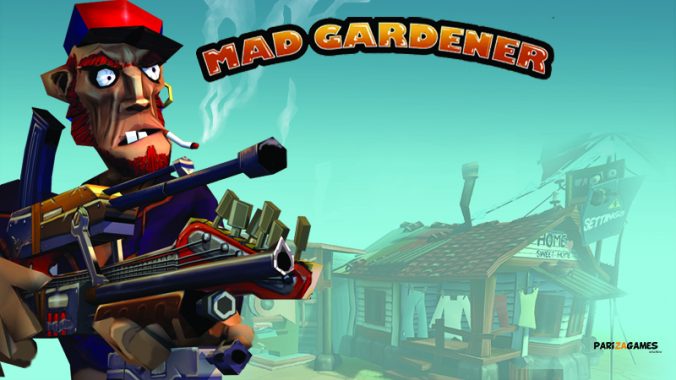 “Mad Gardener” is an episodic Hero/Tower defense mobile game. The player takes the role of an ex-rockstar that retired as gardener in his home village after a car accident. But the area around his farm was surrounded by high-risk locations like old military cemetery, cursed forest, toxic spill etc. Therefore the ex-rockstar turned his old guitar into a deadly weapon to defend from danger.
The ex-rockstar is supported by the epic rooster called Apollo. The rooster can lay mayhem in the battlefield by throwing explosives and everything he can pick from the ground. Apollo is also proficient karateka, he served in the French foreign legion and was part of police special forces.
The dirty little secret of the Mad Gardener is that he is growing GMO plants in his backyard. These deadly fruits and vegetables will not show mercy to intruders.
“Mad Gardener” is designed to be ergonomically played on mobile devices with one finger. The player simply has to tap on incoming monsters in order shoot them down. When the attacking enemies are too many you can drag explosives over them to call Apollo for help. Then the rooster will run to the target location and will throw the desired explosive there – note that timing is very important when throwing explosives.
Episode 1 features:
– 1 big bad boss
– 3 mini-bosses
– 3 deadly weapons
– 3 earth-shaking explosives
– 4 stylish environtments
– 8 berserker monsters
– 9 ugly monsters
– 40 massive-action stages

“Parizagames” is co-founded by Marin Krunzov and Lyubomir Rusev. They have strong background in the gaming industry. Marin is 3D artist and was part of “Dagger Games”, “Masthead Studios”, “Ubisoft Sofia” and “Snapshot Games”. Lyubomir is software developer and have worked for “Dagger Games”, “IKinema”, “Ubisoft Sofia” and “Chaosgroup”.
Marin and Lyubomir both quit their full time jobs and in April 2015 they started intense work on their project “Mad Gardener”. At they are the only developers working on the game but after several months were joined by other game enthusiasts – Irina Armenkova, George Mliachkov, Simeon Spirov and Lyubomir Goshev.
Interesting fact about “Parizagames” is that the team is working entirely remotely. A key company value is that everybody has the freedom to choose the workspace that best suits him.

The game “Mad Gardener” is free-to-play and it can be downloaded
without redeem code from the following links:

You can also find more info and news at our facebook page:
https://www.facebook.com/MadGardenerOfficial

Introduce yourself to our readers
Hello everybody, my name is Lyubomir Rusev and I’m co-founder and CTO of Parizagames – a small independent game studio based in Bulgaria. My business partner is Marin Krunzov – the art director and CEO of the company. Together we’re working on our hero/tower defense mobile game “Mad Gardener”. 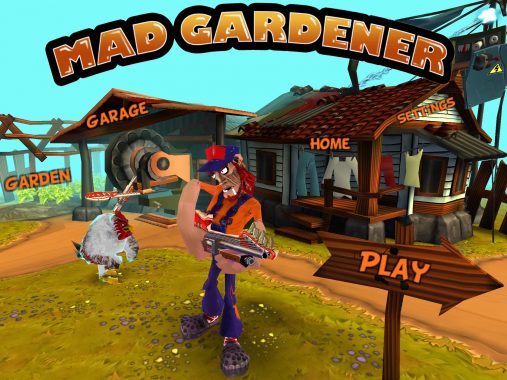 What is your first gaming experience?
You’re returning me way back in time. I remember that some of the first games I ever tried were old DOS games like Civilization, JBird, Prehistoric 2 and many others.

What got you into programming games?
I have studied informatics and computer science in university. There I combined my gaming and programming passions and developed a 3D Tetris game that I used for my bachelor degree thesis. This memory brings smile to my face. I used Direct3D for the graphics and I remember very well my joy when I figured out how to draw simple triangles on screen. 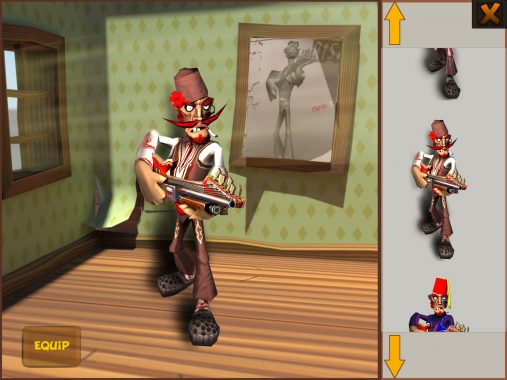 What development tools or coding did you use?
For “Mad Gardener” we have developed the game in C# using Unity 3D engine free version. The artwork was entirely developed with Maya and Photoshop. The project was managed in a Git repository. Actually this is pretty standard toolset.

What hurdles did you have making your current game?
One of our greatest challenges was to develop the game and self-funding the process. I and my business partner quit our full time jobs to work on the project with no incomes during the process. This is huge risk and we were double-motivated to work on the game having this financial insecurity.
Other huge difficulty for us is to create marketing for our game with no budget. This task is even harder because we have no experience in marketing whatsoever. Never the less we are doing our best to showcase our game.
As for the development part, our biggest struggle was to have proper game balance. We’re using the free-to-play model with in-app purchases but we wanted to avoid the pay-to-win scenario. Therefore we had to be very careful balancing our game. For example, a hardcore player will complete the game without spending money on it. On the other side, less experienced players may find in-app purchases useful for completing the game. 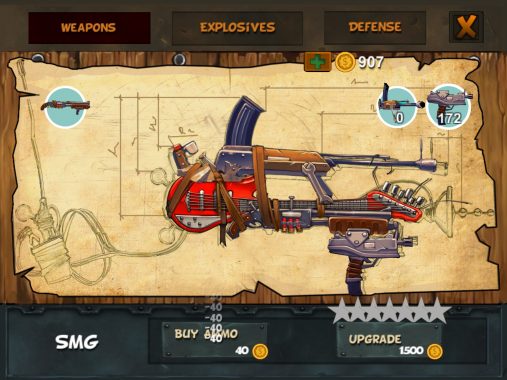 After the completion of the game what game will you make?
The game is episodic and we have completed episode 1 which has hero-defense oriented gameplay. We’re working on episode 2, where we’re going to introduce more tower-defense oriented mechanics. Besides “Mad Gardener” we have ideas for several other tower defense games which I hope we’ll be able to create in the near future. Also we want to make medieval strategies for PC.

What other games have you made?
I and my teammates have worked on games like Dimensity, Hazen, Earthrise, Guns and Robots, Assassin’s Creed Liberation for PS Vita, Creed Liberation HD, Assassin’s Creed Black Flag, Chaos Reborn and other games as freelancers. We are really lucky and had the privilege to be part of leading gaming companies.
My favourite computer was my Amiga and console the Megadrive do you have a favourite?
My favourite computer is my current PC because I have assembled it myself. Investing your time into something really builds emotional connection. 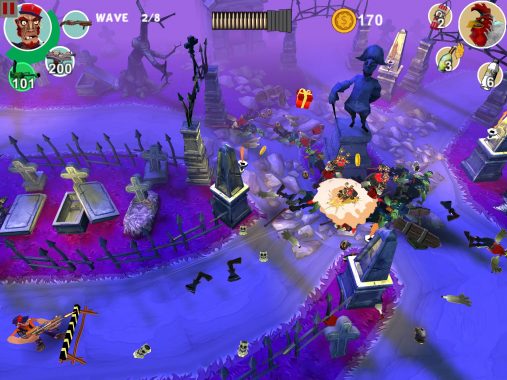 What is your favourite retro game?
Lyubomir: I really love all the old retro games that I played when I was a kid. Maybe my favourite one was Sid Meier’s Civilization. I remember how I wanted to make just one more move before going to bed… at sunrise.
Marin: My favourite games from back then are Karateka, Cadillacs and Dinosaurs, Dungeon siege.

Do you still game on the current consoles if so whats your favourite game?
Currently I’m playing a lot of mobile games and I really enjoyed Swamp Attack, Kingdom Rush and Hungry Shark. I have an X-Box 360 at home and really loved Gears of War and Brutal Legend. I’m playing less and less games on my PC, but recently I have played Diablo 3 and Starcraft 2. 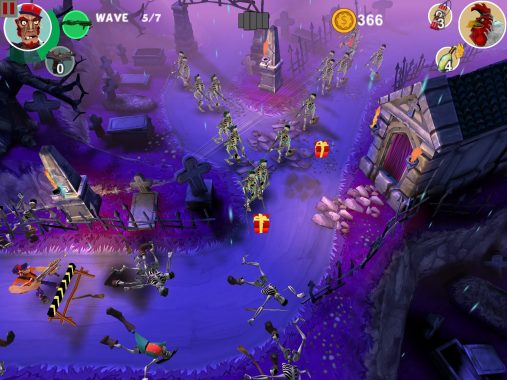 Whats the worst game you have ever played?
You may be surprised, but this is definitely a “work in progress” version of one of the games that I have worked on. I just don’t want to disclose the title to avoid the revenge from my teammates. The final version was really good, but the “work in progress” one needed a little polishing.

Finally what game or feature would you like to see on Retrogamesmaster in the future?
I really appreciate that you’re supporting indie developers and want to see more indie projects and interviews on your website. Indie life can be very tough and having media support really brings positive vibes back on the table. 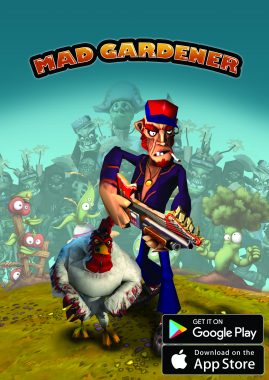