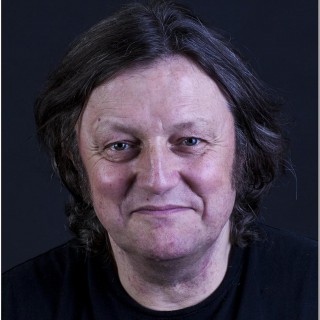 Many of the artworks that he produced during the Eighties and Nineties for Computer Games, Magazines, Books and Television have been digitised at high resolution for sale as high quality giclée prints.

Hello and Welcome to RGM its an honour to interview such an outstanding artist.

You are too kind 😉 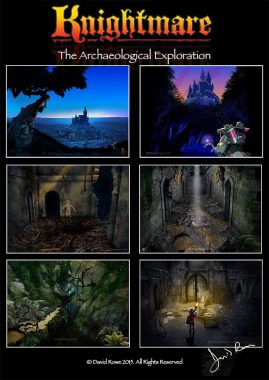 I was at school in the 1960s. The cultural and musical revolution of the time occupied a lot of my thoughts. I wanted to opt for art, but was pushed into Latin instead. This wasn’t a bad thing as it started the pressure build up of frustration that later exploded into the many outpourings of work that came when I left. I had no idea what I wanted to do when I was at school, but plenty of others were ready with their pigeonholes. I was doing Zoology, Botany and English A levels; a combination the caused some consternation amongst the teaching staff. I left after the the first year of 6th. form to make my way in the World.
My first job after I left school and home at the same time was to work for W H Smith in Southampton docks selling newspapers and magazines to crew and passengers on many of the big liners. 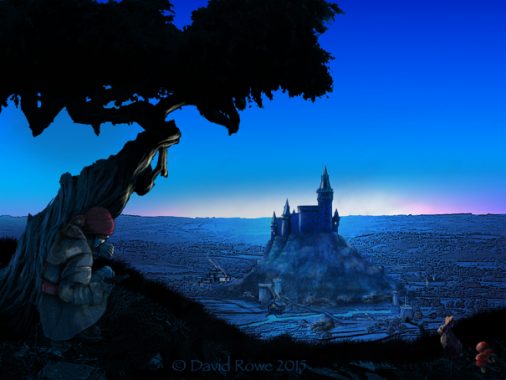 When and how did you to get into doing art work for games and gaming magazines?

I moved in with my girlfriend into a single room in Southampton’s red light district. We worked on large mural paintings which we scaled up from drawn designs. We had a fair number of commissions and I felt that I was beginning to take control of my life at last by doing what I felt instinctively that I should.
I applied for a foundation course at Southampton Art school and managed to gain a place. I think that they were intrigued that my portfolio didn’t contain the usual school projects. I went on to do a degree course at Brighton Art School. I got in which 1 in 14 applicants successful. Sue (we are now married) got in the following year when only 1 in 22 applicants made it.
After that we returned to the Southampton area and had a chance meeting with Nick Lambert who was one of the founders of Quicksilva. We got talking and I was commissioned to do “The Chessplayer” this was the first of many commissions from them. 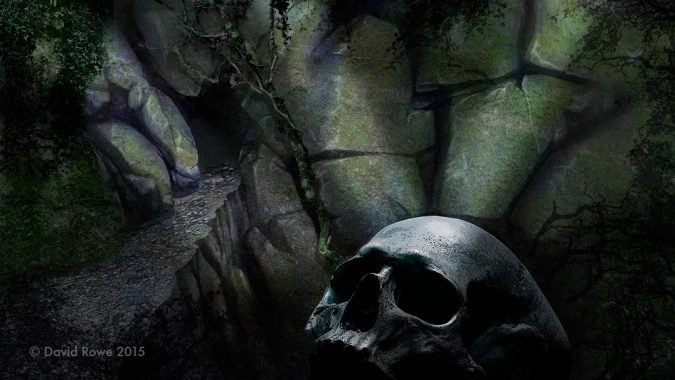 What was your first game cover and magazine cover?

The Chessplayer for Quicksilva. From memory my first mag cover was for Computer and Video Games. 3D edition. 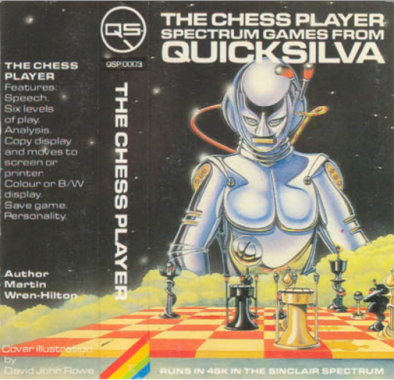 What is your favourite piece of gaming art you have worked on?

Populous was an important step for me as I was entrusted with what all concerned felt would be a huge success. I have just sold the original “Shadow of the Beast III” so I guess it is between that and Populous II. 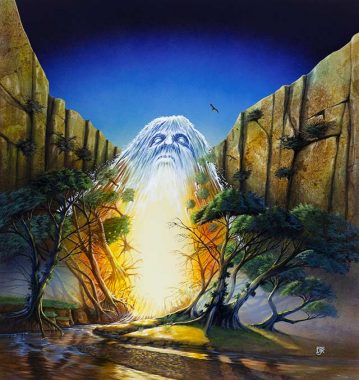 You designed some of the biggest game title’s art such as Populous, James Pond 2, John Madden and Silk Worm and I feel art is so important to promote a game and appeal to the consumer. What’s your opinion?

I agree. The artwork has to attract a casual browser in a shop to take it from the shelf, flip it over to see what the game is about. There was criticism the time that the game on-screen was nothing like the cover. I think that the cover had to set the scene for the player’s imagination. A cover with various arrangements of 8 pixels wouldn’t have worked. Would somebody who bought a science fiction book with a fantastic Chris Foss cover complain that when he opened it, it was full of nothing but words? Imagine a Sci-fi book with nothing but jumbled letters for a cover. 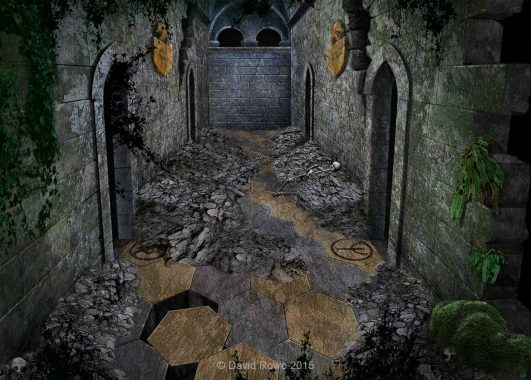 First of all, how did you get the job of doing the art for the show?

I was delivering the cover art for “Way of the exploding Fist II”. The art director said that they had had a call from Anglia TV enquiring after me. The call came from Tim Child who came up with the concept. I took a portfolio up to Norwich straight away and got the role of illustrating all those dungeon room backdrops for the first 3 series. 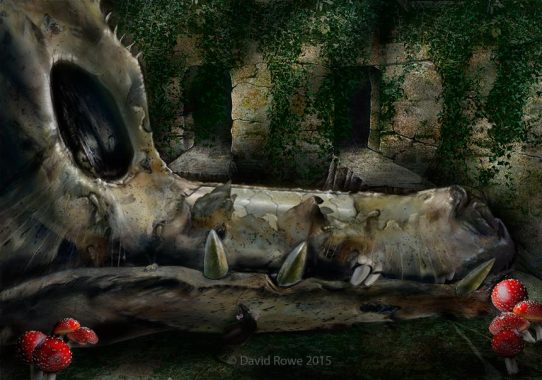 Did you ever imagine the show would be such a hit and went on for 10 years?

You can never tell, but the technology was so cutting edge and produced such amazing results from the dedicated team that I had a bit more than a hunch that it would. 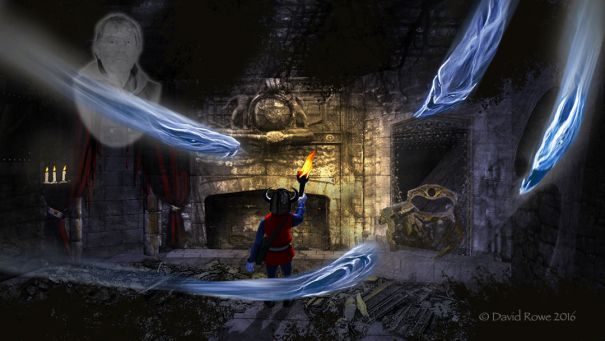 How long did it take you to design one backdrop for the show?

She me were a bit longer that others, but I disciplined myself to do 20 hour days for a while and aimed to get one a day completed. 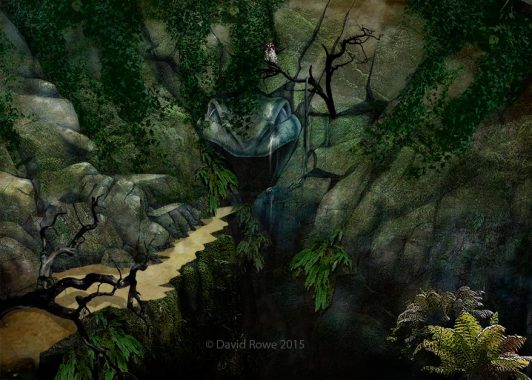 Did you ever have a chance to go around the dungeon for fun off camera?

The dungeon was just a large blue studio. My artwork had to exactly match the geometry of the floor for the illusion to work. The dungeoneer would be directed around the blue void which was replaced with one of my room drawings. The effect was called chromakey. As such the dungeon only existed in our minds. 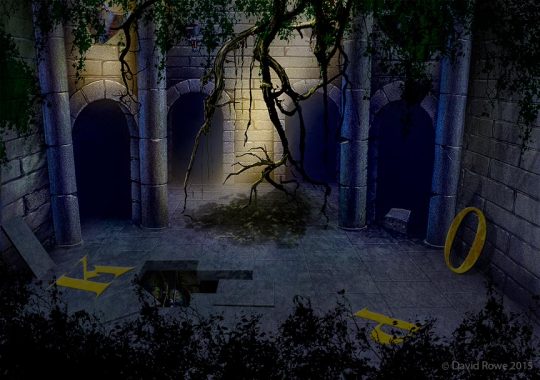 Are you in touch with any of the cast if so who? 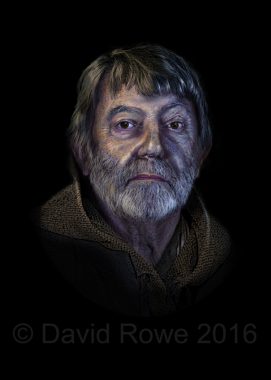 I understand you designed one of the backdrops for the one off YouTube episode what was it like to after all these years to design something again?

Heart warming. It was all done by scanning and Photoshop rather than airbrush. Some of the columns were produced as textured models for the close up shots.

Did you go down for the filming of the one off episode? 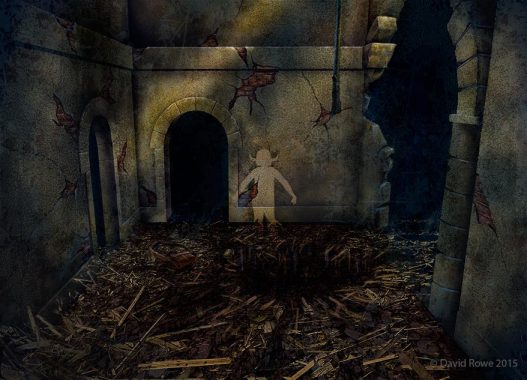 If so what was it like reuniting with some of the old faces?

It was fantastic to meet up with everybody again. 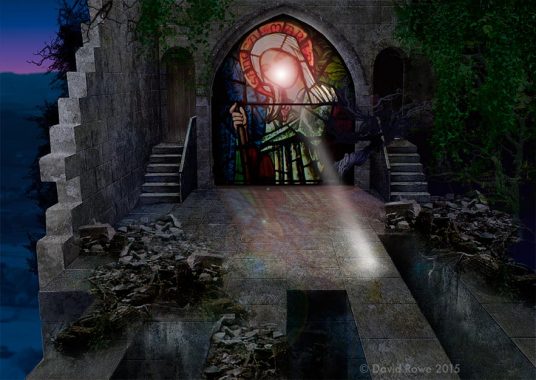 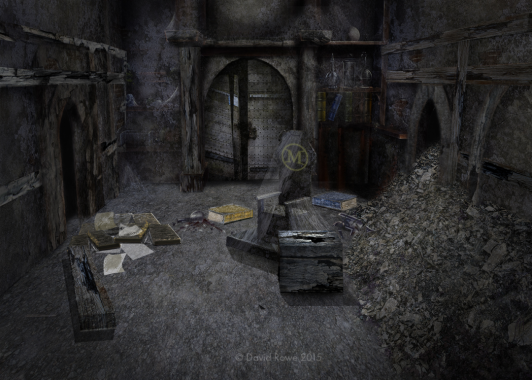 Did you ever play the original Knightmare video game? 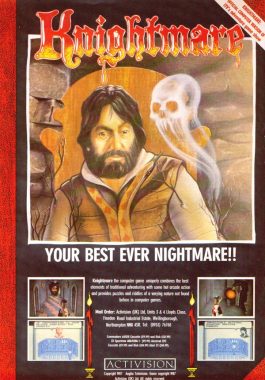 Tell us about your Wonderful the Art from Knightmare Book.

I not only had all the original artwork that was used in the first few series, but also all the briefs, scripts, grids, plans, drawings and rough sketches that went into developing them. They were in my plan chest doing nothing over several years and so I thought that the legion of Knightmare fans might appreciate having a look. I was supported in being able to put it together following a successful Iniegogo campaign.
I sell copies from my website 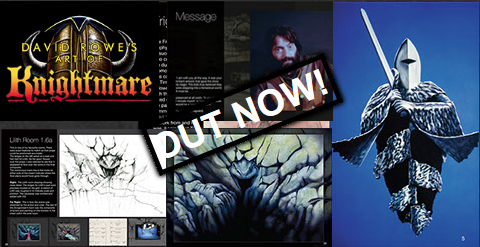 Bit of a secret at the moment. I don’t want to jinx it. 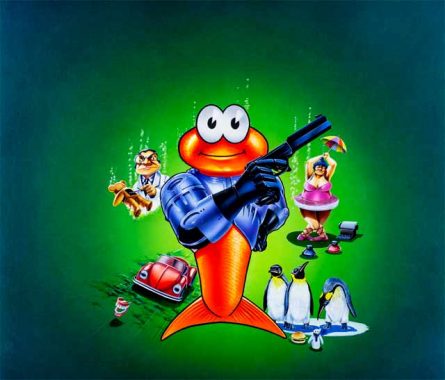 What advice, would you give to teens today, wanting to break into the design industry?

If you have your heart in it and it really what you want to do, strive for it and don’t let go. 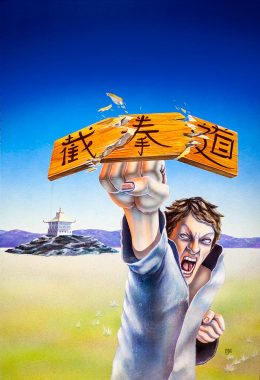 Just keep up with the good work! 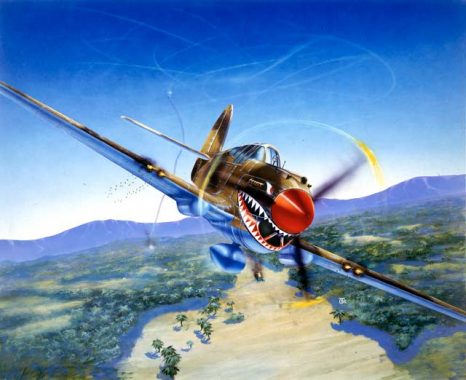 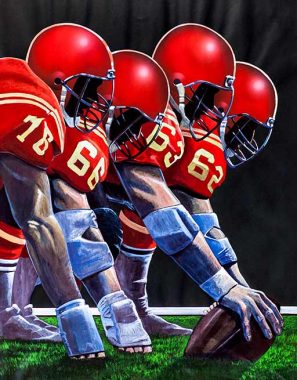 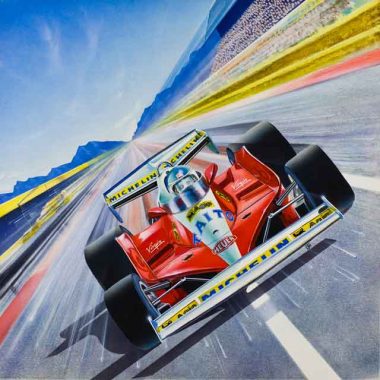 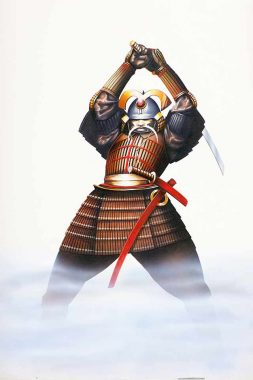 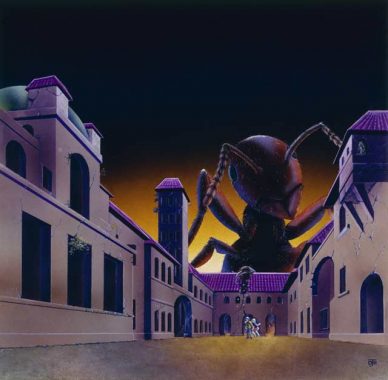 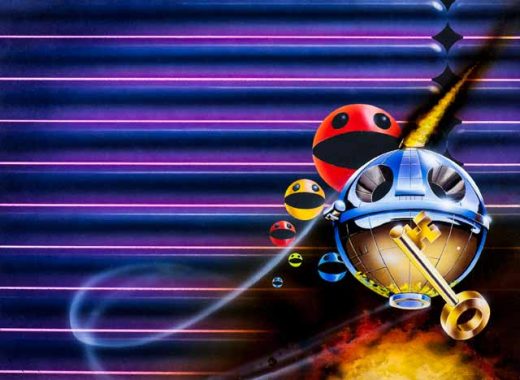 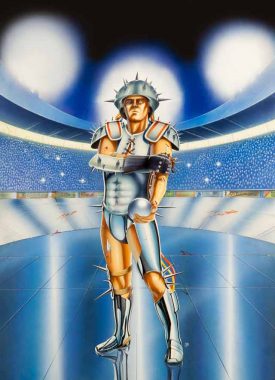