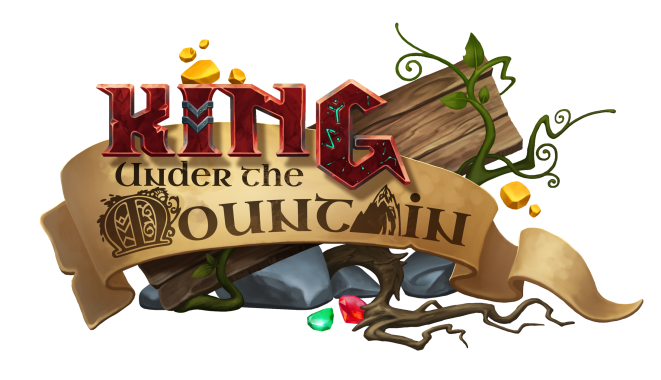 USD $20
EUR €17
GBP £15
Description
King under the Mountain is a simulation-based settlement-building strategy/management game set in a fantasy world.

History
Features
Build and manage a fantasy settlement in a procedurally-generated world
Complete mod support – everything you see in the game can be modified or replaced
Multiple races each with their own unique playstyle
Deep simulation of characters and their environment
Off-map adventures – Go dungeon crawling to other locations through a tactical combat mode
Asynchronous multiplayer – explore other players’ creations!

What is your first gaming experience?
Being given a Sinclair ZX81 when I was three years old. I can’t remember any of the actual games I played, just vague impressions, though I do remember the rubbery keyboard and squinting at a tiny CRT TV it was hooked up to! Then a few years of playing 80s PC games like Alley Cat before a friend of mine told me his cousin was getting this new-fangled thing, a “games console” called a “mega drive” with the original Sonic the Hedgehog. Seeing and playing that in 1991 was probably the transformative experience and games have been at the centre of my life ever since! What got you into programming games?
Somewhat surprisingly I didn’t really get into programming until studying it at college / A-level. I did spend a lot of my youth before that making up (designing?) board and paper-based games so I suppose programming games was the logical next step. At university I skipped classes for a week (so this would be sometime in 2005) to create a remake of the Amiga game Bug Bomber which I called Bit Riot using an early version of DirectX, that a helpful soul ported to SDL and maintained at  https://github.com/VenKamikaze/BitRiot. I learned a lot of very low-level game programming concepts and in retrospect it was amazing what I managed to get done in one week with no prior experience, but doing literally nothing else for the entire week probably helped! This was my first and last attempt at game programming until I started work onKing under the Mountain in 2015.

What development tools or coding did you use?
I’m a business software developer professionally, so the path of least resistance for me was writing the game in Java as that’s what I’m most proficient in, although it’s looked down on as an unusual choice in some cases (though technically it’s not much different to C# which Unity uses). Familiarity with tools and the wealth of libraries available in Java helped, so all I had to pick up was the framework that I’ve used – LibGDX, which is built on top of LWJGL, which is the library that was used to create Minecraft. The biggest hurdles are finding time around a day job and family life, and organising freelancers to create artwork/sprite assets for the game as I’m a typically awful programmer-art type of artist. The technical challenges in the actual coding of the game have all been conquered so far, it’s really just a case of finding enough time and getting artwork sorted out.

After the completion of the game what game will you make?
I try not to talk about this because it’s going to be several years until King under the Mountain is completed, and I try not to get distracted from the current project, but since you asked… I plan to make a grand strategy game set in the same fantasy setting where you play as a villain trying to take over the world. The first key feature is a randomly generated world along the same lines as the Dwarf Fortress world generator, with all the cultures, civilisations, nations and history that involves. Then you’ll play the game in a similar style to Crusader Kings II, but instead of being the head of a nation state you’ll be a secret organisation or cult pulling the strings behind the scenes. You’ll spread your influence, set nations against each other, and generally try to amass power while fending off do-gooder heroes trying to bring you down. It’s essentially along the same lines as That Which Sleeps which I think has enormous potential but unfortunately seems to have fallen into either being a scam or vapourware. As so many people were burned by the Kickstarter of That Which Sleeps I’d aim to have made significant progress on this project and have something real and playable before unveiling it to the world. Unfortunately all this is several years away, but watch this space! What other games have you made you made?
This is the first one! At least commercially. There’s the Bug Bomber remake that I cut my teeth on. King under the Mountain would probably be too ambitious as a first major project if it wasn’t for the years and years of professional experience I have as a software developer in the business world.

My favourite computer was my Amiga and console the Megadrive do you have a favourite?
Definitely the Megadrive holds a special place in my heart as I finally was allowed to own one around the age of 10 and up. I’d say my favourite title was Landstalker: The Treasures of King Nole, among the more obvious classics like theSonic and Streets of Rage series.

Maybe Transport Tycoon Deluxe? I spent many an hour enjoying laying out the perfect rail network and earning lots of money, and it still holds up today with the OpenTTD remake. Or something else from that era and equally cerebral, like X-com / UFO Defense. Depends how retro it has to be these days 🙂 The Settlers and Dungeon Keeper are huge influences on King under the Mountain and I suppose they’re retro in 2018.

Do you still game on the current consoles if so whats your favourite game?
Yes! I don’t think I can come up with a favourite in the current generation until it finishes. Dark Souls is easily my highlight of the Xbox 360 / PS3 era. The Witcher 3 is probably the best game I’ve played in years – the amount of love and effort that’s been poured into that game is mind-blowing – though I played it on PC rather than a current gen console. I have a very vivid memory from… 1997 (apparently) of being in a store and having to decide between spending all my money on either Blade Runner or Men In Black (the PC games). I don’t remember how it came down to those two. Blade Runner ended up being a critically acclaimed gem in a year that was overflowing with fantastic games (and as an interesting bit of trivia, it was one of the few games that used voxel rendering before the industry had settled on polygonal 3D graphics). I didn’t buy Blade Runner (at least not until years later), I bought Men in Black: The Game and it was even more awful than you would guess for a cheap 90s movie tie-in. CVG awarded it ONE OUT OF TEN.

Landstalker from the Megadrive! It’s probably one of those little gems that not a lot of people are aware of.
https://youtu.be/DgPhzHT0QlY