HANDYBOT WILL CATCH YOU AND STRONGLY HOLD YOU FOR MANY LONG HOURS!

In HandyBot you control a cute little robot, who has just one, but very handy arm. The goal of the game is to get to the hatch that leads to the next level. After many levels, on the very bottom of the space station – there is a hurt astronaut, waiting for Handy’s helping-hand. 😉 You have to get there! How to do it when your body is not complete enough to walk? Use your extendable robotic arm and also use the obstacles on your way – they are quite useful! The main and most important obstacles in the game are boxes, every box works differently, and there are many types of them. Plan your moves carefully to finish every level!

HandyBot is a puzzler, where the player has a free HAND to create his own solution. But! It won’t be that easy!

HandyBot will be released on Steam, and later also on iOS and Android.

Gamespol – Diana, Social Media Ninja: My first gaming experience was Rayman and Duke Nukem “Time to Kill” on PSX, I was playing it with my brother. Our parents didn’t allow us to play Duke Nukem, but we were playing it anyway.

Gamespol – Alex, Concept Artist: My first platform to play on was Commodore c64. Main theme from Cybernoid 2 and Nemesis the Warlock still plays in my mind from time to time. It would be great to see game like Archon today. Great times, good memories.

Gamespol – Michał, Game Artist: My first “console” was Pegasus (funny, Russian clone of NES). But my first, “serious” gaming was on PC and the first game I fell in love with was Morrowind.

Gamespol – Radek, “Cool” Lawyer: Boulder Dash and Ski on Commodore C-64. It is worth mentioning that for about 6 months these were the only games I had, and I played them about 3-4 hours every day. 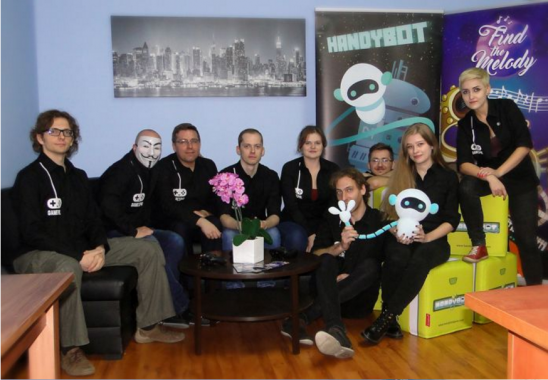 Gamespol – Daniel, Game Designer: Through the RPG Maker and Flash.

Gamespol – KamilW, Lead Programmer: A friend recommended I do that.

Gamespol – KamilD, Programmer: Same as KamilW (not related though 🙂 ) Friend I was living with during my studying was making this game for his final project. I got interested in it and here I am.

Gamespol – KamilD, Programmer: I’ve been using many coding tools, since I’m currently studying Web Development, but when it comes to Unity and C# (main scripting language) nothing beats Visual Studio. It is ‘the’ coding tool in my opinion. 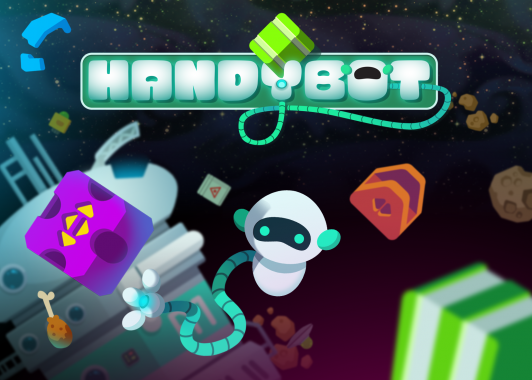 Gamespol – KamilW, Lead Programmer: Mainly time constraints, but there were some problems with different boxes interacting with each other in unexpected ways.

Gamespol – KamilD, Programmer: Deadlines are the main villains here. There’s nothing worse than coding under the pressure of time. When I have to code fast, I tend to code dirty (and no one likes dirty code 🙂 )

GAMESPOL: We are trying to release HandyBot before Poznań Game Arena (biggest game convention in Poland), so we are planning a “soft launch” of HandyBot in Poland this month, before 21st of October. The “hard launch” (worldwide) will be few weeks later.

What other games have you made?
GAMESPOL: We’ve made Find the Melody – music puzzle game available on iOS and Android. 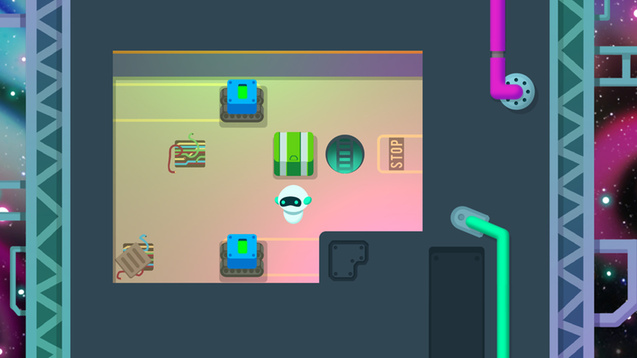 GAMESPOL: Hardcore action game or strategy game. We will see. 😉

Gamespol – Daniel, Game Designer: My favourite computer was PC and console is Megadrive too:) It has the best gamepad ever. For me, the marketing-centered design of PSX gamepad has never felt ergonomic nor playable and it’s a shame that it became market standard over the years. For me, only the newest Dualshock 4 version is comfortable enough to play 🙂

Gamespol – Diana, Social Media Ninja: Nintendo GameBoy (with camera and a little printer) is very sentimental to me. I think I had the best time of my life playing it. 😀 But generally I’m a PC gamer.

Gamespol – KamilD, Programmer: For me, the most nostalgic thing is my old PSX. I still remember those evenings with my friends when we were destroying our friendships playing Tekken 3. Resident Evil 3 on the other hand, was so scary for me at that time, that I sometimes just had to turn off my console.

Gamespol – Michał, Game Artist: I was always a hardcore PC gamer, but since I bought PS4 I found the beauty of the console gaming. So right now I prefer to playing on my couch, with a bag of chips on my side 😉 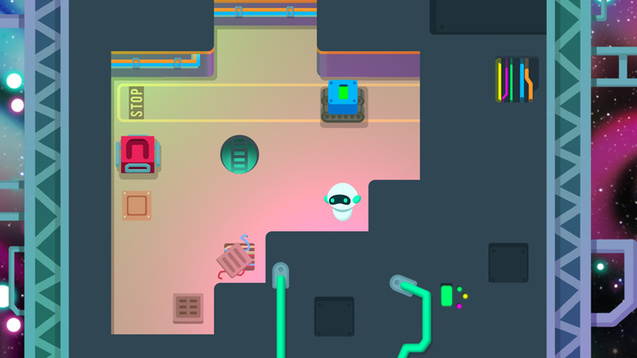 Gamespol – KamilW, Lead Programmer: Master of Magic, Master of Orion, Civilization, Colonization, Battle Isle, The Settlers, Total Annihilation, Age of Wonders, Tzar: The Burden of the Crown, Red Alert, Populous – it’s hard to pick favourites, or to even remember all of them.

Gamespol – KamilD, Programmer: It depends on what you call ‘retro’. Gothic series, Heroes of Might and Magic 3 and Diablo 2 are my thing.

Gamespol – Daniel, Game Designer: Last game I played and enjoyed on consoles are Dark Souls. It restored my faith in current gen gaming 🙂

Gamespol – KamilD, Programmer: Currently not, but I’m planning to aquire a PS4 console. There are many exclusives that i don’t want to miss (The Last of Us remastered, Bloodborne and many others)

Gamespol – Alex, Concept Artist: Definetly Dark Souls. I’m a huge fan of the series. When I have more time on my hands this is my first choice and for this game I’m always coming back to enjoy it over and over again. I love how they put together solid gameplay mechanics, great concepts and most of all, brilliant storytelling that keeps me busy with processing all the theories that I could come across. Pure love.

Gamespol – Michał, Game Artist: Bloodborne. I’m a huge Dark Souls series fan, as Alex, but Bloodborne for me is what I call THE GAME. Awesome setting and atmosphere, refreshed gaming profile of Souls, it’s all just great. I really hope that From will continue with the title in the future. 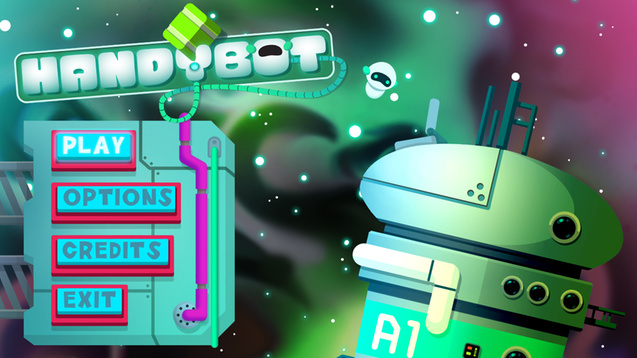 Gamespol – Gregory, CEO: I don’t have any “worst game” to be honest. Every game has something special in it 🙂

Gamespol – Diana, Social Media Ninja: Metin2, haha! I’m really into MMO RPG’s, but this one was awful. Very simple gameplay, boring quests, even more boring type of experience gaining, and awful graphics. But I’m still playing it sometimes…I think that’s because I used to play it when I was 15. It’s just a sentiment. 😀

Gamespol – Alex, Concept Artist: Lots of mobile games which is sad, because this is a good platform like any other but it’s flooded by really poor made games not worthy a single penny.

Gamespol – Michał, Game Artist: I try to be very careful when I pick games, so for me “the worst” are the ones which dissapointed me the most. Number one on the list is Destiny. I won’t go any deeper into the subject cause we already seen tons of material why Destiny is not what it could be…a shame still.

Gamespol – Radek, “Cool” Lawyer: I can tell that ending of Mass Efect 3 was my worst gaming experience ever. Game itself was great but at the end …I don’t understand how could they do this to me.

GAMESPOL: Maybe something we mentioned during the interview? 😛 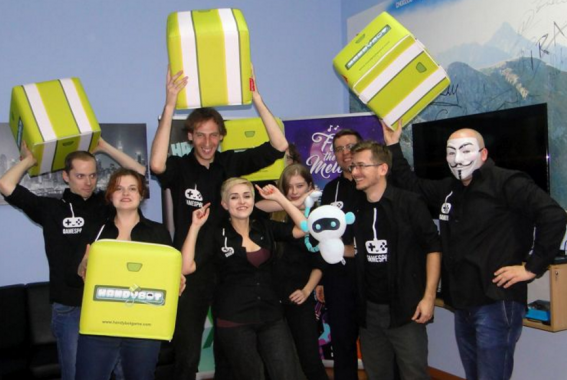