Founded in 20XX, Mega Cat Studios is a small developer with a lot of heart, and one goal: to keep the dream of gaming- the dream we remember from the days of youth- alive and well. Whether we’re building a high tech VR title or an NES games, cartridge and all, our name is a stamp of quality on everything we produce.


Face off against eleven monsters, from the Doppleganger who’ll steal your face (and your moves), to Frankenstein’s monster, who won’t stay down for anything- especially not the referee. The game’s putrid pugilists are prepared to punch your precious, peachy cheeks into the grave- lose the round, and you’ll lose your soul.

Each monster has multiple forms- during a fight, you’ll soon discover that there’s more to each brawler than meets the eye! You’ll need to have your counter attacks at the ready to knock back whatever comes at you. You may float like a butterfly, but according to the clown, everybody seems to do that. 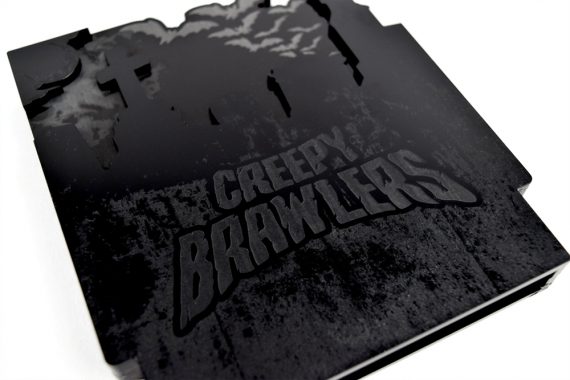 Where’s That Music Coming From? 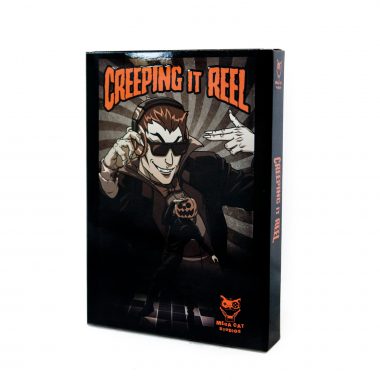 Where there are eight bit games, so too must be 8-bit music, and Creepy Brawlers is no exception- the game’s chiptune soundtrack includes music by Danimal Cannon and Mitch Foster- additionally, the soundtrack is available on a separate NES cartridge, Creeping It Reel, which includes the legendary Dancing Pumpkin Man (you have to see it to believe it) and a Trick-or-Treat pachinko minigame.