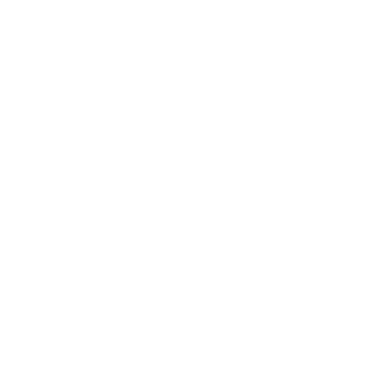 Studio Canvas is a Blue Mountains based one man studio run by Alberto Santiago, who has worked in the Film and TV industry creating animations and visual effects for 10 years. He is also a published artist and an app developer for DSLR.Bo

GoatPunks Party is a rip-roaring multiplayer game of goats, mountains, good ole head-butting action with lightning and fire to rain down on your friends below. Can you hoof it to the top and stay there?

GoatPunks Party is a multiplayer action game pitting your goat against other players in a battle to become king of the mountain. Fight through an onslaught of bombs, obstacles and each other to climb to the top of 9 gorgeously-themed mountains. Once up there, stay on top of the competition for 30 hectic seconds to claim victory.

GoatPunks Party supports up to 4 players in head-to-headbutt, split-screen, action. Grab your controllers or keyboard and get ready to roll. Shields, weapons, and power-ups are strewn about the mountain, and if you manage to get your goat to make it up the peak, all the other goats will have a common enemy: you!

Stages vary in complexity providing a range of challenge and the levels are hand illustrated in an anime-like style inspired by Studio Ghibli movies. You’ll race up exotic backdrops including ice, city, candy and lantern mountains. Although the objective is simple, each round is a new adventure where anything can happen!

GoatPunks Party is currently in beta, having been greenlit on Steam with a releasing date of September 2016.

First gaming experience was playing Double Dragon at the local bowling alley arcade machines where family friends would regularly meet to get some amateur bowling competition training happening. They had a range of machines from Street Fighter, Teenage mutant ninja turtles and even Raiden, but I stuck to Double Dragon mostly as it was just at the right length of gameplay that you could just finish the game while the adults got in a few sessions of bowling.

For over a decade I worked as a 3D artist for films, commercials and game cinematics, but decided to take a break from the animation industry and try my hand at programming. The first iPhone app I released was called DSLR.Bot. From here I was looking for something more expressive and challenging that embodied all of my skill sets. So I started making GoatPunks. It was suppose to be a simple game that was going to be finished in 6 months. I was learning how to program piece-by-piece focusing on small challenges like moving a 3D box from one point to another. Gradually as I improved my ideas grew and the game started to take on a life of its own. Now after 3 years It has become this monster of a project for a one man team. 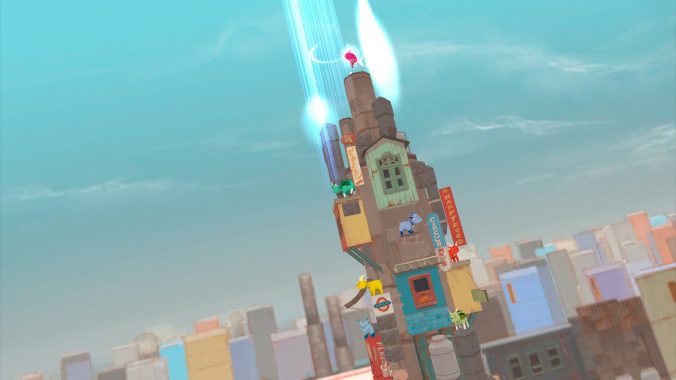 Unity was primarily used to build the core of the game and 3D Studio Max to create the assets. I program with javascript and C# with some PHP and SQL thrown in the mix. 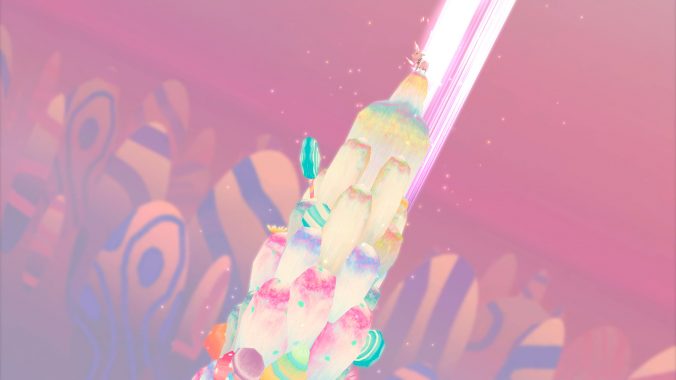 The main hurdle was realising that my game was not a mobile game but more of a console, multiplayer game. When I showcased the original mobile version of Goat punks at Tokyo Game Show the reception was mild relative to the amount of players coming through. I was ready to discard the game and move on. But rather than discard months work I decided to shift my intention for the game and that was to have it played in a similar fashion to the games I use to play back in school, i.e. Bomber man and SmashBros. I decided to re-structure the game into a local multiplayer couch co-op game and show it off at PAX Aus with minimal testing. The difference was clear, the excitement from players was off-the-roof. I had huge line-ups and plenty of press. I’m happy this game didn’t end up archived and filed off onto a back-up DVD never to be looked at again.

I have hints of ideas that I want to pursue but I never really dwell on it too much as I’m afraid I might get carried away and neglect to finish GoatPunks especially when its so close to being finished. I might make a Super Mario inspired game with first person shooter mechanics and Lego-like customisability that can be played in VR. That should be enough buzz words to get people thinking. 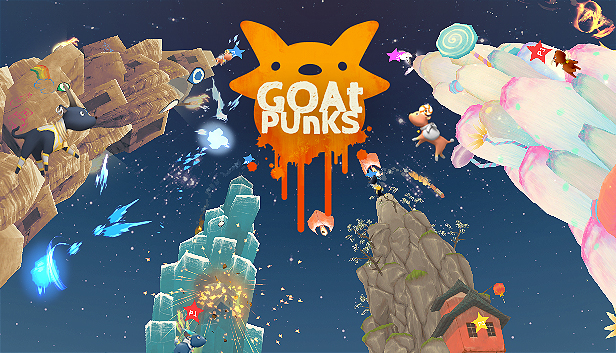 GoatPunks is my first game but I have made lots of 2 day prototypes along of the way. Last year I teamed up with a friend to create a pullback jumping platform game with squishy toy characters and a procedurally generated cityscape. We got quite far but GoatPunks started gaining momentum so we decided to leave it for a later date. 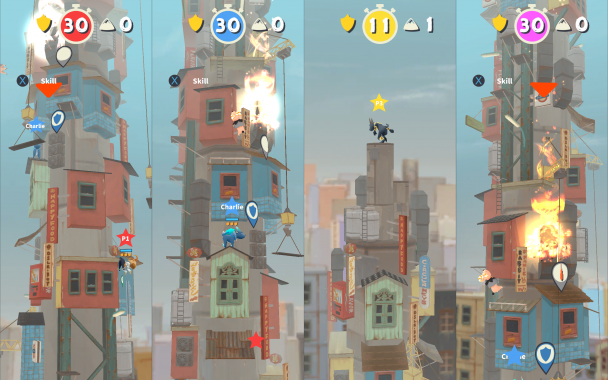 Sega Megadrive was my console of choice while I was growing up. I had games like Mortal Kombat which was the best but I was never allowed to play it when my parents where around, as mum was against violent games. We owned an Atari which got plenty of use with lots of two player game matches against my sister. I spent most of my time at my 386 computer, which I ended up breaking a few times. But I love playing games like Captain Comic and Bubble Ghost. 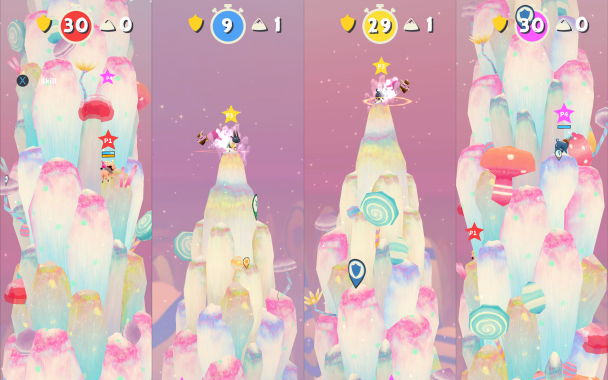 Favourite retro game on console that I owned would have to be X-Men on the Mega drive. I never owned Smash Bros and StarFox but I had the best memories with these games. If we’re talking PC games then you can’t go past the Indianna Jones series of games. 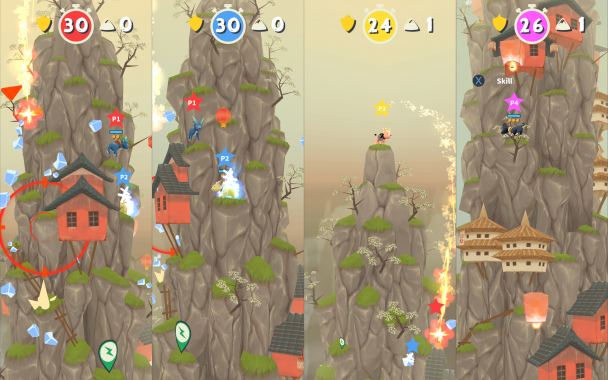 I game occasionally with the current-gen consoles. Limbo has got to be one of my favourite games as of late. It has the perfect combination of noir like cinematic imagery combined with clever contextual puzzles and then there’s that elegant simplistic concept that most game developer dream of finding. 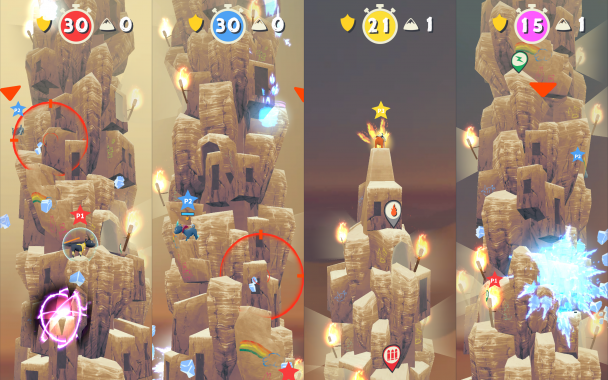 As a developer that’s a hard one to say. I can’t think of any game I would deem as the worst game especially after knowing the amount of effort involved to create something from scratch. But if I did It would probably be Tomcat Alley on Mega CD. 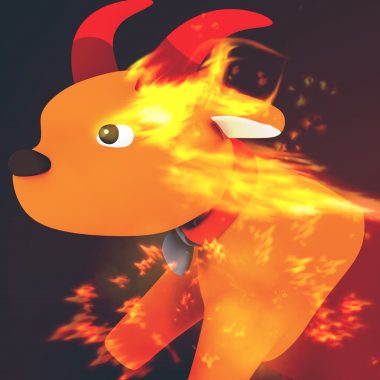 Finally what game or feature would you like to see on Retrogamesmaster in the future?
Theres a lot of really amazing free Pico-8 games out there that are being made by talented people who don’t necessarily want to clutter their games with business side of things. And I I’d love to see these artist get some recognition for the amazing work they are doing. An example of this would be the work by iLKke.  https://ilkke.itch.io/ 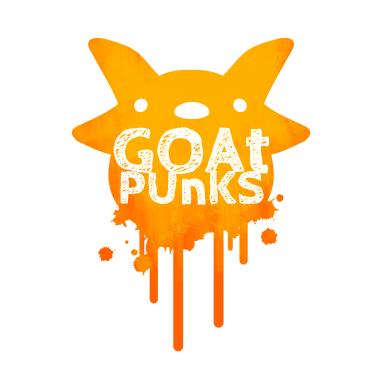