Fox & owl is a story. There is no scoreboard, no timer, no power-ups. You are Fox & Owl. Enjoy the game at your own pace, listen to the wind blow through the trees and the snowflakes float down around you. Become Fox, become Owl, be both as one, and find your own way home. Don’t stand around for too long though,there’s something rumbling in these woods, and it’s getting louder.

Fox & Owl will initially be available for PC, Mac, Android and Apple iOS. I will be uploading a gameplay video soon as an update.

When I was about 7, my uncle bought an Amstrad 6128 and showed me Manic Miner. That was it for me. The best Christmas ever happened shortly after when he upgraded to a PCW and I inherited his 6128. I still get excited thinking about that day. Amazing.

Ten years old, trying to copy code from Amstrad Action magazine because it was cheaper than buying new games. It never worked, I usually missed a semi colon or two and would spend the whole saturday tearing my hair out. 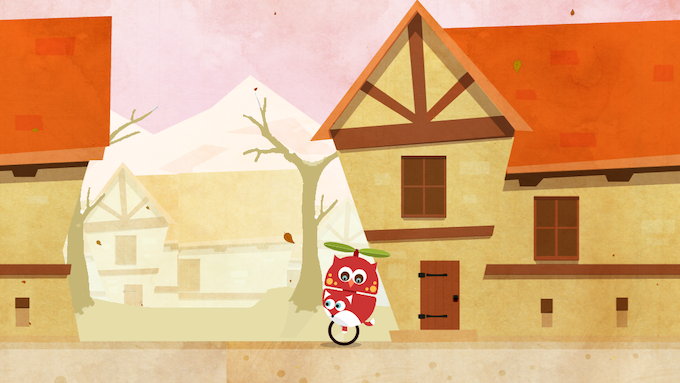 Basic was all I had until I went to university and then realised that I could miss out semi colons in many more languages!

Actually it’s nothing to do with coding, but raising awareness. Eventually Fox & Owl reached 200% funding of the modest Kickstarter goal and actually today just made the top 5 on Steam Greenlight, but that took a constant presence on twitter, youtube, and other sites. It’s a fine line that is so difficult for indie devs. Nobody will know about the game (and it won’t get made) if you don’t tell people about it yourself, but if you talk about your own game too much, you become annoying and put people off the game. It’s also frustrating when your game gets 30% funded on day one and eventually reaches 200% of its goal but still it’s not enough to be recognized or
mentioned by Kickstarter as “Noteworthy” which just makes it all that much harder to get it seen. 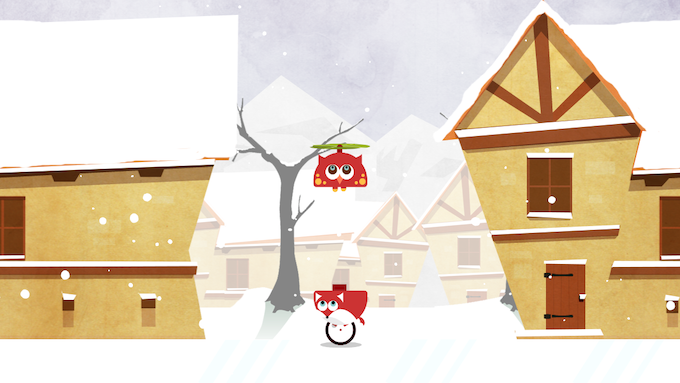 A retro remake of Manic Miner for the Oculus Rift would be my absolute dream game, but I need to concentrate on this one first! 😉

I’ve worked on a lot for or with others, including a great (top secret) game about flying pigs that I’m just finishing off and comes out later this year (watch this space). Fox & Owl will be my first game on PC and Mac as well as mobile. I really hope it gets greenlit by Steam so that it can reach all the people who have been voting for it there: http://steamcommunity.com/sharedfiles/filedetails/?id=764388341 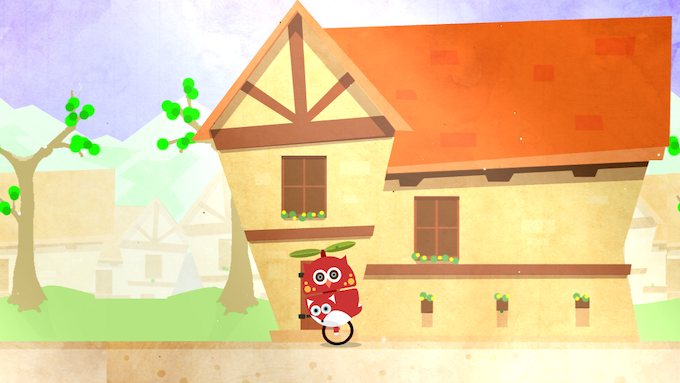 I’d have to say the Amstrad GX-4000 because somebody has to be on it’s team! I have fond memories of the CPC, and also the Master System and NES.

At the moment it’s Head Over Heels because I’ve been researching other co-op styles for Fox & Owl. I’d say Jet Set Willy is my all time favourite.

I have a PS3 and still play Atari’s Transformers for PS2 on it. I also enjoy a little Fight Night Round 4 or Champion from time to time.

Day at the Races part of “Disk 50” on the Amstrad CPC. Horses had names like Scabby Bum.

The making of Lemmings. 🙂