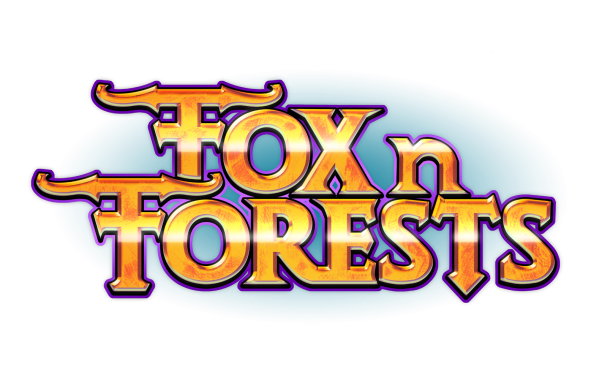 
Shoot, slash, switch and snatch to unveil the mystery of the 5th season in the most nostalgic 16-Bit action platformer ever to be made!

FOX n FORESTS is a 2D 16-Bit style action platformer with adventure and puzzle elements, empowering you to switch seasons on the fly!

Set within a mystic forest and its surroundings, FOX n FORESTS is a stunning fable offering pixel perfect Retrotainment and rewarding challenges!

The game is inspired by the glorious days of 16-Bit and all time classics like Super Ghouls ’n Ghosts, Wonder Boy in Monster World and ActRaiser 2 as well as the Castlevania and Zelda series.

You play as Rick the Fox and your weapon is a magic melee crossbow that can not only be used for ranged and close up combat, but empowers you to seamlessly switch between 2 seasons per level, completely changing the whole environment and resulting in amazing secrets, tricky skill tests and thriving exploration.

Easy to learn, difficult to master, impossible to not fall in love with!

We are an independent game developer, founded by Rupert Ochsner and Holger Kuchling, located in Munich, Germany.

Bonus Level Entertainment is a team of passionate industry experts, talented newcomers and experienced veterans who worked on hundreds of titles combined so far. We want to bring back the glorious days of 16-Bit and merge our love for retro gaming with the luxury of modern game design.

FOX n FORESTS is a co-development between Bonus Level Entertainment, staff at Independent Arts Software and talented Freelancers from all over the world!

For the last 6 months we have been working very hard on the prototype, the trailer and getting the Kickstarter campaign up and running. The planning and game design of FOX n FORESTS reaches back to Spring 2015. The idea itself is inspired by Ikaruga and was born over 10 years ago: it’s never too late to make a dream come true 🙂

Bomb Jack on the Commodore 64. Before we had a VC20 but I was too young to properly operate that tape deck. 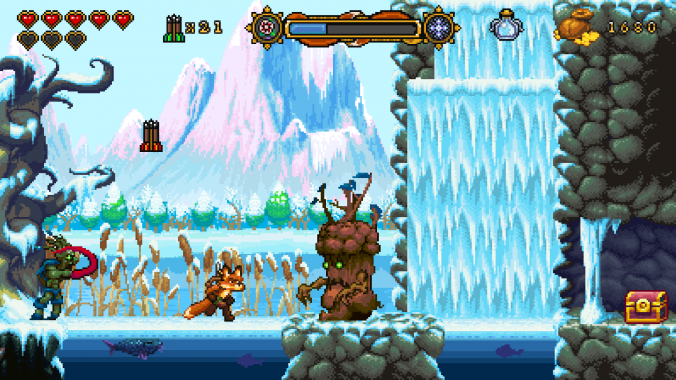 The passion for games that I have and the feeling that I want to give something back and work on stuff that hopefully makes people happy. 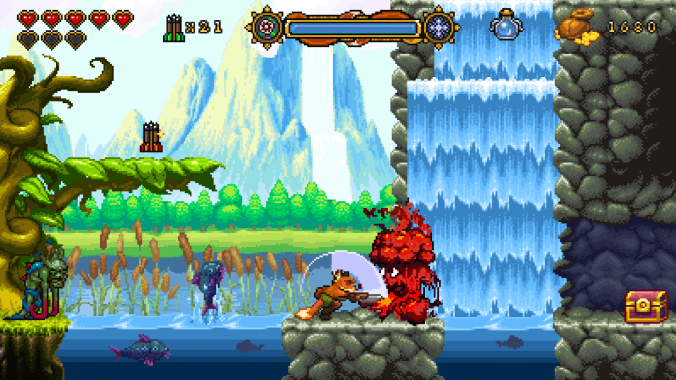 I started as Animator and Level Designer, then worked as Senior Brand Manager and Game Director, so strictly speaking I still do not know anything about code, but admire everyone who does. 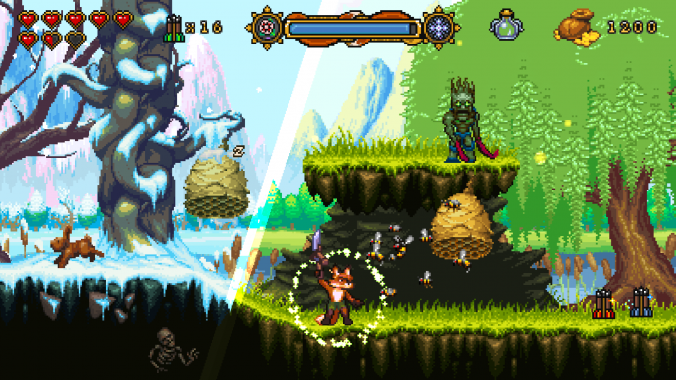 Giving up my career at Deep Silver, living without a solid income for months to have the time and creative freedom to come up with a solid game design and project plan as well as finding the right partner, which I thankfully did with Holger, my ex-boss at Independent Arts Software. He and the staff there are such amazing, talented people! Without them FOX n FORESTS would have never been possible. 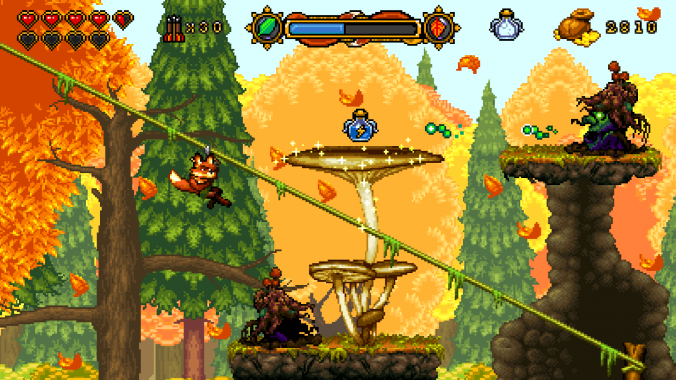 If I say something wrong here my team might kill me as everyone is full of cool ideas for 16-Bit games. So for now we focus on FOX n FORESTS. And if it is successful a further installment would definitely make sense. 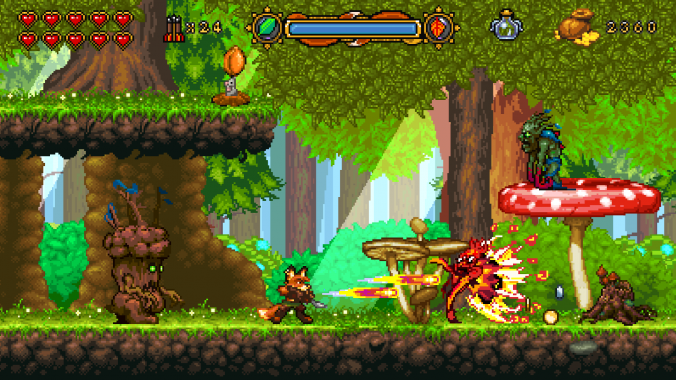 All together I have worked on over 30 titles, like Dead Island 2, Saints Row IV, Galileo, Musiic Party, Maya the Bee or even My Pet Hotel, where we secretly placed some Easter eggs in the form of funny pictures of ourselves. And I can tell you, the Publisher was not happy about that. Still, some made it into the final game. 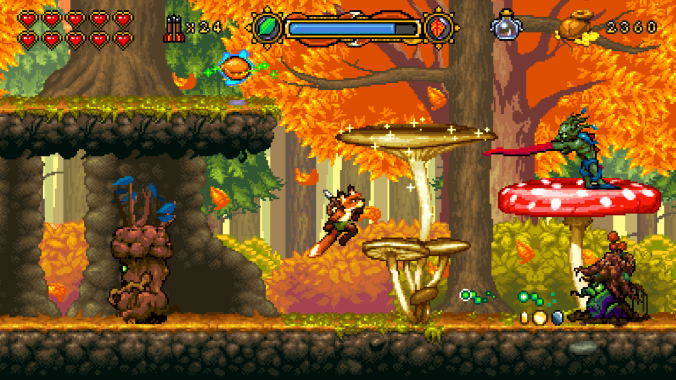 I was a total Super Nintendo nerd back then but now I have many retro consoles at home and love each and every single one for their great titles, like the Megadrive/Genesis for Wonder Boy in Monster World. 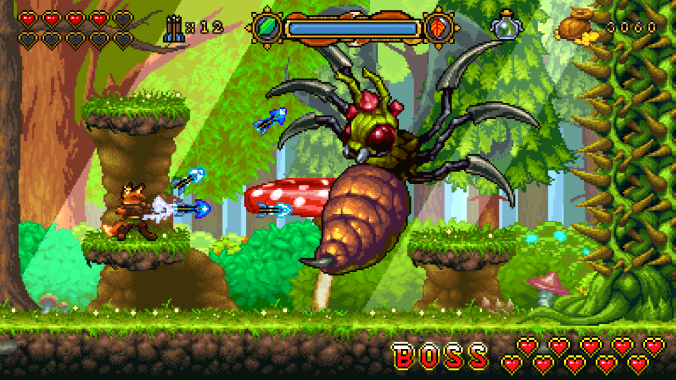 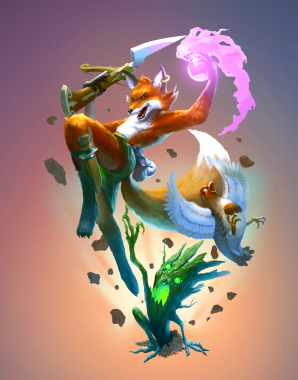 That is a dangerous question to ask a developer, so I am going to be diplomatic here and say: my first own game. It was a simple platformer called “Mr. Mouse” done in Flash but hey, it had a world map and credits!

It would be amazing to see a feature about 16-Bit side-scrolling shooters.

Have you got demo i can try and steam key so can feature at later date?

We will have a hands-off prototype running at Gamescom this August and are planning to have a hands-on demo ready next year. Closer to our launch in September 2017 we will also be sending around Steam keys to press.

Thank you so much for this feature and supporting FOX n FORESTS! Only if we are successful on Kickstarter we will be able to bring back the good old 16-Bit days.