Pete: “Hello and welcome to Retro Gamesmaster Jonathan; thank you for your time during the development of your game.”

All the graphics are original and have been made by myself. Not the greatest graphics in the world, and they are in High Definition.

Secondly the music included in the game is absolutly brilliant and original, made by Morten Barfod Søegaard, from Little Robot Sound Factory www.littlerobotsoundfactory.com

There will be around 60 levels to play and there are roughly 60 alien invaders. The AI (artificial intelligence) in the aliens adapts to your gameplay ensuring that this game remains challenging, and fun, and when you complete a level, you have a sense of achievement. There are numerous pickups, ranging from weapon upgrades, which you may need to help get you through a level, or pick ups that take you to secret levels.

Also there are bonus levels spread throughout the game, where you can gain extra lives or increase your score.

In this game we also have little humans running around the bottom of the screen, getting shot by the aliens. At the end of every level you receive 500 points for every human that survives. And this will come into it’s own when your trying to get a high score. The quicker you complete a level, the more humans (statistically) will survive.

Pete: “What inspired you to make this game?” 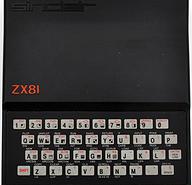 Jonni “Space Invaders of course…I was just thinking about what game I’d like to make next, and it dawned on me, I’d never actually made a game remotely like space invaders in all the time I’d been coding, and I’ve been coding for quite some time.. Think of the ZX81 and how long ago that machine came out.Space Invaders for me has a special place in my heart because it was the very first game I ever played way back in 1979. The game has elements of magic that modern games just don’t have.I love the old retro games as they are called now (they were new and ground breaking when I was a lad) and I prefer “retro games” to the new games such as all the FPS shooters that flood the market. I don’t want to play or make games that will take over my life, I love the casualness of the old classics.The actual game that I set out to make was originally just for personal use, it was a test, just for fun.

Pete: “What development tools or coding did you using during the development of the new game?”

Jonni: “This game has been made with Yoyo Games, Gamemaker Studio Pro.. fantastic software…”

Pete: “What hurdles did you have during development?”

Jonni: “The hurdles I’ve had are personal issues. I’d been having a lot of pain in my abdomen, and the doctor hospitalised me. It turns out I have had three hernia’s at the same time. 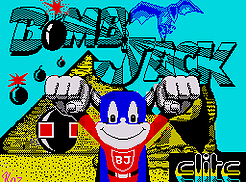 Pete: What other games have you made you made?”

Jonni: “I’ve made allsorts of games over the years but never anything that I proposed to sell. It has only been the last two years after watching a documentary “Indie Game the Movie” that I thought “I can do that”.The last couple of games I made, have been shelved. I made a Bomb Jack remake, and a platform game.”

Jonni: “Space Invaders was the very first game I ever played in an arcade. Then on my ZX81 it was “Crazy Kong”, a Donkey Kong clone.

Jonni: “I had plagued my father for a computer and told him it would help me with my homework. So he eventually caved in and bought me a ZX81 with NO GAMES. What did I need games for, this computer was to help me with my homework, so I had to learn how to use the built in programming language to start with. As for the homework it didn’t help in the slightest but I had lots of fun.” 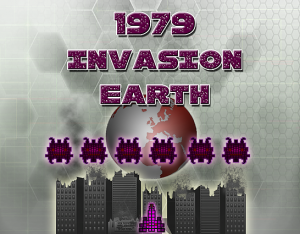 Jonni: My favourite computer was my Amiga also. I had the Amiga 500+ and upgraded to an Amiga 1200. Loved this computer. The games were the most like the games in the arcade halls at the time. As for consoles, I have only ever owned a Nintendo Entertainment system and a Sony Playstation 1 and 2.The Original Sony Playstation was probably the best out of all the console’s I’ve owned, the games were ground-breaking for me at the time.

Jonni: “I have a few.. Space Invaders, Pacman and Arkanoid ( a breakout clone ). Then I also loved Commando, Ghost n Goblins, and on the Amiga, well.. Turrican, Pinball Fantasies, Dreams and Illusions, Cannon Fodder and Lemmings.”

Pete: “Do you still game on the current consoles if so whats your favourite game?”

Jonni: “I don’t have a current game console, I love my PC too much. I’m enjoying playing Pacman DX Championship edition. I’ve a fantastic online ranking.” 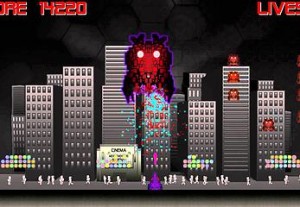 Jonni: “Top Gun on the Nintendo Entertainment system. As I recall it cost me £30, at the time it was a lot of money, and I was hoping it was going to be like Afterburner. I was hugely disappointed.”

Pete: “Finally what game or feature would you like to see on Retrogamesmaster in the future?”

Jonni: “Do a feature on Turrican…”