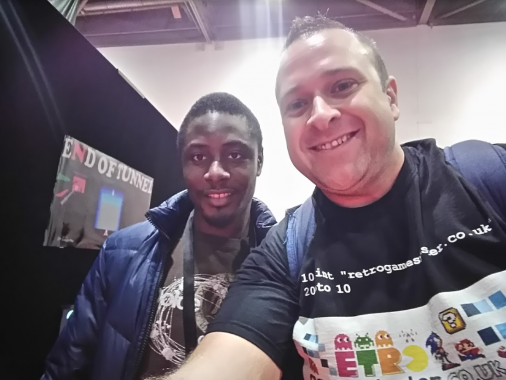 ROS Gaming is a two men independent game development studio. As a talented and motivated developers, our goal is to develop unique and challenging gameplay and experience to the world of gaming.

ROS Gaming is an independent studio founded in 2015 in London, United Kingdom. The studio initially started as a 1-man team, and has worked on titles such as; VORTEX, END OF TUNNEL, INCH PERFECT, BOX PANDA and SPACE EXPLORER before it became a 2-man team. ROS Gaming pledges to creating high level, unique gaming experience and gameplay. Our first title END OF TUNNEL was released in November 2015, and it’s available on Google Play Store…. We will make it available on Apple Store later. More update will be available in our Facebook page.

Thank you! It is a great pleasure to meet you.

This is what I called back in time question. Well, If I can remember clearly I will say my first gaming experience is Space Impact for Nokia 3310. As a kid, playing an old 2D side scroller retro gaming on a 3310 Nokia phone was something special and you get this unique experience, high level of aesthetics which you can hardly find in most games nowadays. The first game I played on PC is Counter Strike. God! I had so much fun with that game. 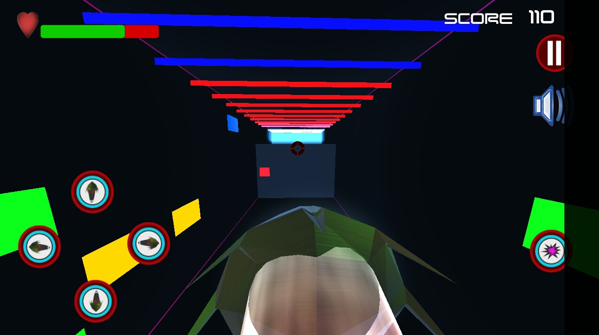 Since I was a little kid, I have always spent time outside the house playing video games. I used to spend hours and hours playing mobile games before consoles finally came out. When console was finally released, I was in Nigeria and I remember I used to go out and play a football game called “Winning Eleven” on PS2. My interest in developing and programming came when was I was young because I have always been curious to understand how the game characters walk, jump, shoot and perform all those acrobatic moves. So, when I got to University I decided to do Computer Games Development course in other to gain the skill and knowledge required for me to be a game developer. You know as a young boy thinking, All I knew was running around playing games without thinking about the hard work that goes into each piece of the game. I thought making them is an easy thing, but nahh!! I guessed I was wrong big time. It was a year into my degree that I started to understand what it takes in terms of the hard work that goes into game development.

Currently we are developing all our games in Unity 3D engine. The reason is that for us, it’s just an ideal game engine for developers out there. The interface is simple and easy to navigate, you get API reference which also helps greatly, and have the assets store that allows you to add plugins and additional tools to your project and so on. We might consider adding Unreal Engine to the list later! Most of our 3D models were created with 3ds Max and zBrush. Textures were made with Photoshop.

Well am sure everyone should know by now that developing a game is never an easy task. There lots of different challenges that will creeps in and several mountains to climb. For this project, I must say the main hurdle we have is basically managing the game system as whole. Making sure we have the game systems sync well with the gameplay and make sure that the environment affects the player the way we expect it to.

We have several games in development that will would consider working on. Such as VORTEXT, INCH PERFECT, SLIDING BOX, and SPACE EXPLOERER. Now, we have not decided yet on which one to develop next. If we have any update regarding our next project, you will hear about it and it will be posted on our social media for our fans.

Well, END OF TUNNEL is our first game to be released yet. We have not released any other games. However, we have other games in development and we are planning on developing and release one of them soon.

I do not have a console as am much very in love with my PC gaming experience. So, my best computer is my baby beast Acer Predator 15 laptop. If I am to get a console, my favourite console will be the SEGA. I just love that console for no reason.

Well, I will go for Space Impact on Nokia 3310 and Super Mario Bros.

I don’t own a console personally; I love my PC platform so I game on my PC. I mean not like I have any issue with a console, I just like the experience I get when I game on PC.

Errm…. I think the worst game I have ever played and I had to uninstall quickly is ARMA 3. I’m sorry if I hurt you =D. I mean the game has the potential to be one of the best game out there. I love the fact that it’s a massive open world game, but something is just not right about the game. For example, (you shooting at an enemy and your bullet keep landing like an inch next to the enemy).

To be frankly honest Peter I think you’ve done well. I honestly believe you’ve covered every important aspect. Sometimes I get lost just looking around. I am impressed with what you’ve done with Retrogamesmaster. Keep it up!