Follow Draco Trampus the reckless, shoot first ask questions later bounty hunter and Clyde Lumpkins his book shy, super sensible sidekick. As they take on one last bounty in a bid to raise enough funds to make it over to France to fulfil their dream of owning their own farm and becoming successful sweat farmers.

Unsurprisingly Draco’s unlucky streak kicks in ruining everything for the pair which takes the player on a surreal journey full of strange and wonderful characters through plenty of interesting locations. In a cruel turn of fate the bounty hunters become the hunted, as the duo race to clear their names and escape the clutches of The Valley.

Draco’s Misfortune takes its inspiration from old classics such as the Monkey Island, Discworld, Day of the Tentacle as well as many other retro classics. It is predominately a point and click adventure game but with a bit of a twist, the use of keyboard for movement and exploration and the use of the cursor/mouse to examine and interact with objects in the scene.

The gameplay contains multiple different factors for a point and click adventure game such as a sandbox approach to quests with multiple outcomes that can have lasting effects throughout the whole game, RPG style stats system that effects nearly all aspects of gameplay and a karma and fame system that provokes unique responses and quests from certain NPC’s and factions.

The standard exploration and puzzle solving gameplay is broken apart with mini-games such as a driving game to a FPS style shooting game. All these help to keep the gameplay feeling fresh and dynamic leaving the player wondering what they will be doing next, this helps to add a level of immersion to the playing experience not normally seen in this genre of game.

Play a surreal tale portraying “Evil” from both sides of the fence, allowing the player to experience the journey from the hero’s perspective as well as the villain’s while touching on some trippy shiz like identity, perspective and the nature of reality.

• Choose between two characters to play the story, each with their own plot and paths to choose, giving the game tons of replay value.

• Multiple ways to complete the game with different endings and outcomes.

• Varied gameplay from puzzle solving to shooting and driving games with
RPG elements.

• Open world exploration of ‘The Valley’ with tons of side quests.

• Dynamic story reacts to your choices and play style.

• Power up your player with their stats tailoring them to your play style allowing you take different paths.

• Experience points system (Weirdness Points) which can be used to upgrade your player or gain access to certain factions and areas.

• Currency system (Coinage) which can be used to purchase items and upgrades in shops throughout Draco’s Misfortune.

• Multiple retro style mini-games such as an ‘Outrun’ inspired driving game to keep the gameplay feeling fresh and unpredictable.

• 4 different shires each with its own representation of a form of madness.

• A sandbox approach to quests with multiple outcomes.

• A host of unique and surreal characters, environments and quests.

• Animation is all drawn frame by frame to give that old cartoony style feel to it.

• Participate in complex and meaningful dialogues and scenarios.

• Experience the never-ending madness of The Valley. 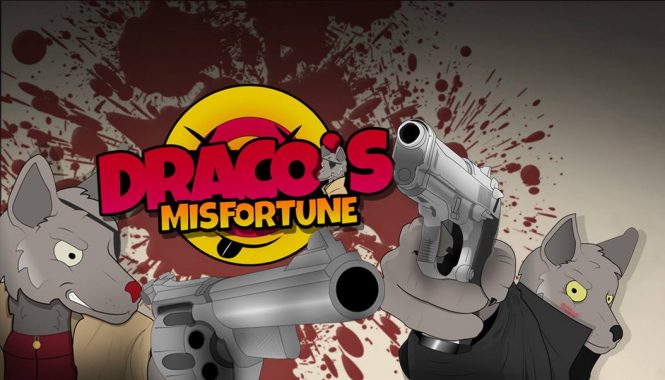 My names Rooney Mangumpory and I’m working solo on an indie game.

Watching my 2 older brothers playing Dizzy on the old Amstrad CPC but the first game I played properly start to finish was Sonic on the Sega Megadrive. I remember playing a lot of Mega-Lo-Mania on the Megadrive as well and feeling like I was a Don launching airstrikes on under developed cavemen, I was a messed up kid. 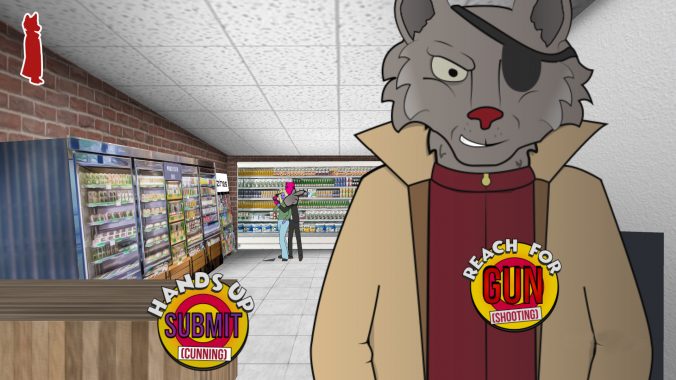 My older brother Ste over at Bare Knuckle Dev. Originally I was just helping out with some artwork for them but ended up doing a daft little side project with him and that sort of started the obsession off I just thought I’m going to make a huge sandbox style open world RPG.. Then I remembered my PC struggles to load Microsoft Word so now I’m making something within my means but people seem to be enjoying it and it’s making people laugh.. And some of them really really angry. It’s retro style adventure game but it’s fairly mature and some people just get sooo offended by that. There’s a beta demo available to anyone on steam and that’s where I get most of my feedback.

Unity with a bit of help from the plug in Adventure Creator by Chris Burton. 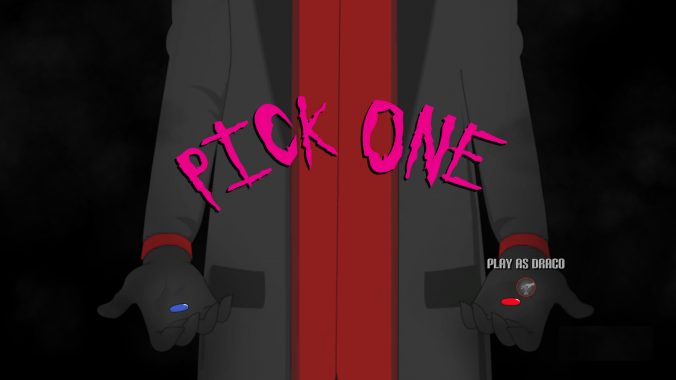 My biggest hurdle is just finding time to work on the game. See I’m making Draco’s Misfortune as a solo project in my spare time with a £0 budget, and as anyone whose working solo on a project will tell you it’s frustrating having all these ideas on paper and not having enough man power to get them straight in to production. I’ve considered running a Kickstarter to get some funds and get a team together but like my old teacher used to say the only way I’m going to make any money is selling my organs, blood and seamen. Anyone need a test tube of a below average swimmers?

Well if I could ever make any money from it I would upgrade everything and try for a 3D open world game. Failing that I’d probably make a surreal RPG FF7 style. But what ever it is it’ll be super weird, Like me, 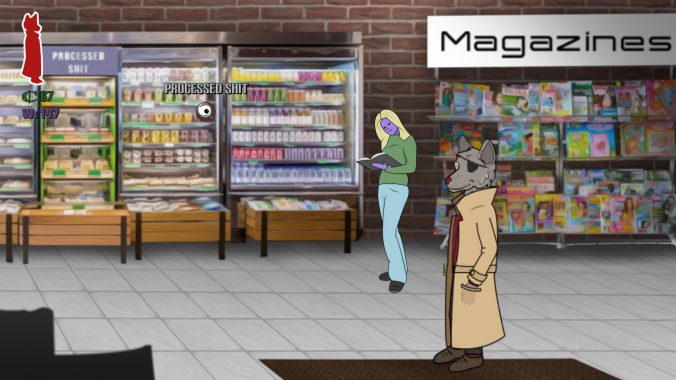 I’ve made I’ve made Maybot Run with Bare Knuckle Dev. Like I said earlier that was a little side project with my brother Ste Wilson, he wrote the code and I made the art. It’s a crazy little infinite runner on steam.

Hmm that’s a tough one.. Prob’s Playstation one just because I remember how amazed I was playing games like Tomb Raider and Resident Evil. The graphics and animations seemed so good back then after coming from playing the Megadrive. 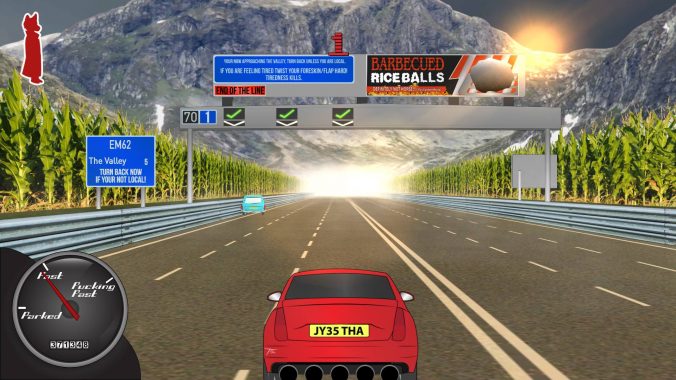 Lucas Arts Monkey Island.. Oh wait no the Discworld series. That’s another toughie it’s one of them two anyway. I love the humor and art styles in both games.

Yeah I LOVED the new Red Dead and God of War. I’d say the latest GTA is probs my favourite though sit’s like a work of art when you think about what the teams at Rockstar pull off in their open world games. But to be honest the game that always come back to is on PC. It’s Mount & Blade with a ton of mods on it, Love that game can’t wait for the new one if it ever gets made god dammit. 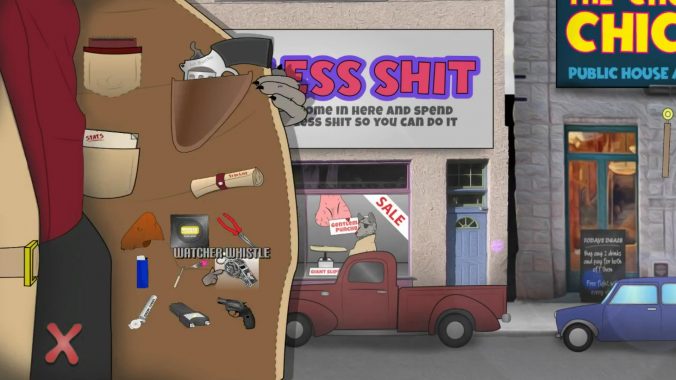 Tunnel B1 on Playstation One. I never had any idea what was going on in that game and I still don’t.

Video play through for reviews or previews of games. 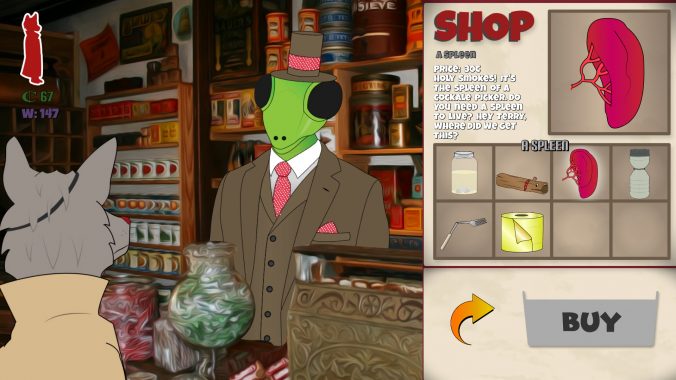