Play as Camill the tongue swinging chameleon. Glide branch to branch, tree to tree, eating bugs and dodging hungry beasts. Will you wake the All-Seeeing Aye? Roll the Dice of Destiny to determine your fate! Compete with friends and let the animal spirits guide you on your quest.

Kier:
My first gaming experience was on an old 80’s Acorn computer – pretty basic games, the game was like a Pac-Man of some sort with bad graphics – enough said.

Jack:
I’m not sure what my first gaming experience was but the one I remember the most is watching my family play 7th Guest with me hiding under the computer cowering from the creepy ghosts and music in that game. Also, figuring out that you needed to put away your sword to complete Prince of Persia was pretty magical too.

I did a taster course programming in the language C at uni and it immediately felt like I had been given a huge sandbox to play in. The possibilities are endless for what you can do with code and that was a big hook for me.

I’ve always been a big lover of all things gaming, from mysterious exploration games like Zelda to uber competitive ego boosters like Rocket League, but I didn’t know that just a few people could make great games until I watched Indie Game: The Movie. With this new knowledge, along with my newfound passion for coding, it made sense to make games.

To develop Chameleon Swing we used GameMaker. It is a great tool for getting a core game together in little time. The prototype for Chameleon Swing was the final project I did for an online course. I was trying to make a rope swinging mechanic as fun as the ninja rope seen in Team 17’s Worms series. It worked out so well that I decided to make a fully fledged game out of it.

Kier:
You should have used Unity!

Jack:
*Gives Kier the evil eye*
But it’s not even made for 2D games! 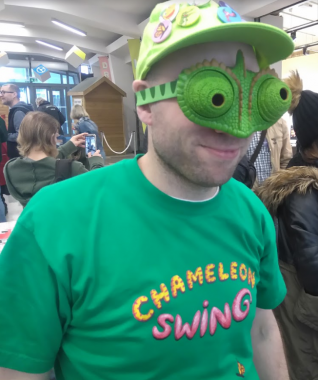 Jack:
Once Kier was onboard doing the art for the game, we quickly found out that his hand drawn art style looked pretty terrible once scanned into the computer. We’ve had to learn a lot of photo editing skills along the way to keep the charm of the original drawings. You could go back to some of the first images we did and you’d notice straight away just how badly they compare to the new drawings!

On the programming side of things, the trees in the game are randomly generated so that you never know when to shoot your tongue until the last second. This gives the game a lot of replay value and challenge, but it was bloody hard to get right! There’s almost like a mini AI in the background monitoring the chameleon’s speed and generating the trees accordingly. In fact, even now we’re still working on the trees! We’re starting to put in different tree types to give the game even more variation.

Kier:
The biggest hurdle for me is not just the game but the marketing, blogging, and keeping everyone up to date with the progress, from nothing to something through creativity and an idea.

Jack:
Chameleon Swing 2 of course! What we’ve noticed from GEEK 2017 is that the children have really taken to the characters in the game, and we’d love to expand the lore and story to give them more content. Other than Nintendo, we don’t think there are many quality games being made for kids. We’d love to get more children excited for games.

Jack:
This is actually our first game, fingers crossed we get to make many more!

Jack:
I was too young to have one of those Branded PCs, unless a Windows 95 computer counts? 🙂

It’s hard to say what the best console was for me, but it was the N64 that turned me from a casual gamer into a hardcore one. Games like Zelda, Goldeneye, and Banjo-Kazooie got me hooked on gaming for life. 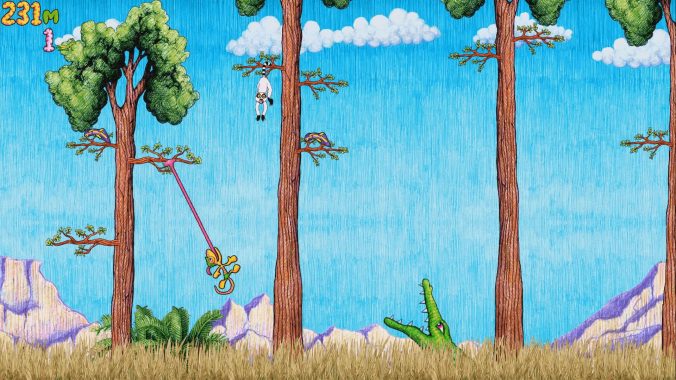 Kier:
Amiga was an amazing gaming computer and my favourite game on that was, unquestionably, Sid Meier’s Pirates! (I have to admit I’m more of a strategy thinking artist guy, not keen on shoot ’em ups) – Oh! And Sid Meier’s Civilisation 2 on the PC (an old turn based game but loved it – just enjoyed the simple gameplay conquest and empire building)

The oldest game I still enjoy playing is the original Donkey Kong. I went through a phase of trying to beat the global high score for that game and ended up failing miserably! Prince of Persia and Gods were great too!

Jack:
I pretty much play exclusively multiplayer games with my friends these days. Most of the time that’s pairing up online with a mate on the PC for a round of Rocket League, or trying to get through the latest Dark Souls together. I have a Wii U under my TV that barely ever gets played (I hope Nintendo ups their game with the Switch), although whenever friends are over we’ll get in a game of Mario Kart. You can never go wrong with Mario Kart!

Kier:
I don’t do much gaming – only play chess over the board (again strategy and thinking) and 5 minute blitz chess online. I have to admit I haven’t been playing that much recently: too much drawing, sketchbook ideas, unfinished 3D sculpts and a particular game called Chameleon Swing to finish.

Jack:
That’s an interesting one, I normally try to eradicate terrible games from my memory. The one that comes to mind is the PC port of 007 Legends (an already terribad game). I think Sony were sponsoring the bond film at the time and so the game came free with my Sony phone. I started it up and… oh my, the graphics were worse than those from the original Goldeneye on N64, the keyboard and mouse didn’t even work, and changing the video options did nothing. It was just a complete mess. It’s a typical god-awful licensed game, except they replaced the programmers with imbeciles! I’m getting worked up just thinking about it.

Finally what game or feature would you like to see on Retrogamesmaster in the future?
Kier:
How about getting some of the earliest Sinclair ZX Spectrum rubbishy 80’s games like Dallas, Yes Minister or some adventure game, and make articles that inspire current indies to improve on these retro games in some way. Now that would be cool!

I’m not sure if you’ve written articles like this already, but I’d loved to see some top 10 lists. Like top 10 british retro games, or top 10 games on Amiga, so that someone like me, a 90s kid, could go back and play some gems from the past. 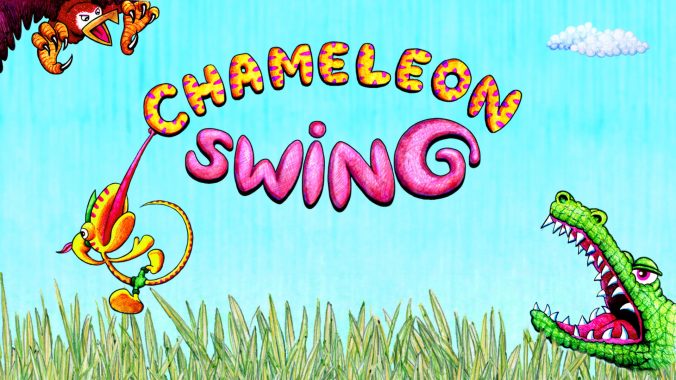