Decemberborn Interactive is an independent game developer, based in Helsingborg in souther Sweden. We love games – both to play and to develop them.

Our goal is to create fun and immersive experiences through indie games. We have a passionate team based mainly in Sweden and the Netherlands, but we also employ freelancers from around the globe to help bring our project to life. 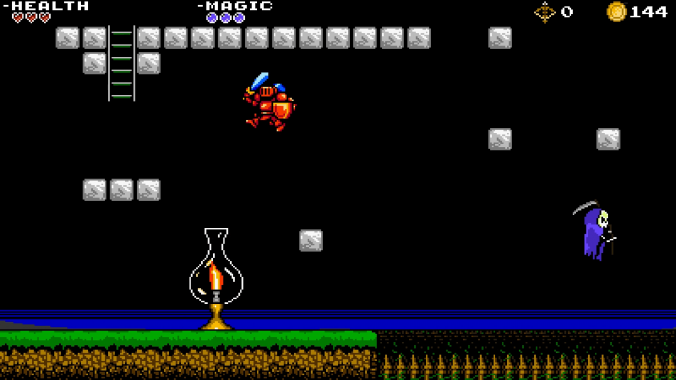 Eric, having worked as a software developer for many years, started developing the game Cathedral and its engine and tools in 2014 as a pure project of passion – the goal was simply to build something fun completely from scratch.

After a while, he realized that he wanted someone else on board to compose music and sound effects. After searching for collaborators for a while, he met Aron, a composer from The Netherlands. Aron initially worked as a freelancer, making music in Famitracker for Cathedral.

It turned out that Eric and Aron had a lot in common and worked very well together. They started talking about the idea of forming a company together. Development started in december 2014, and hence then name “Decemberborn” was picked

In 2015, Acke Salem joined forces with Aron and Eric. Acke is an entrepreneur that Eric both knew and has worked with for a number of years prior to Decemberborn.

After some discussions and idea exchanges on how to grow Decemberborn as a company, Acke joined Decemberborn as CEO and head of marketing. His inclusion led to a lot of new opportunities and officially forming Decemberborn Interactive as a limited company (Swedish: Aktiebolag, AB). 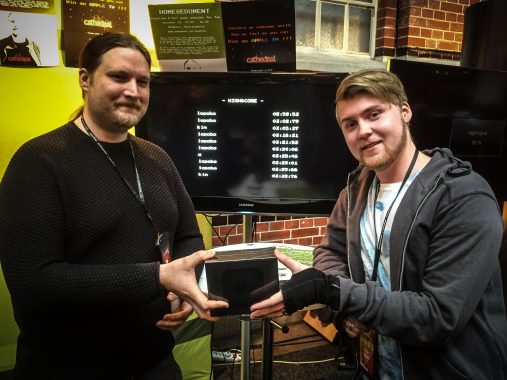 Cathedral is a game which takes you back to the roots of NES gaming. Its main focus is on exploring an unknown world, trying to figure out where and who you are.

Discover a world full of towns, dungeons and hidden areas. Conquer the dungeons and find items that will help you unearth more of this strange world. Avoid both traps as well as the dangerous creatures that inhabit this peculiar place while claiming back your skills and memories, one dungeon at a time.

Development on Cathedral started in late 2014. Early development was focused on building a 2D game engine that ran on multiple platforms.

The larger part of the first 6 months in development was spent prototyping both the game engine and various tools needed for development. Cathedral has since gone from prototype to playable game and is currently in development.

> First of all Welcome to Retrogamesmaster.
Thank you. 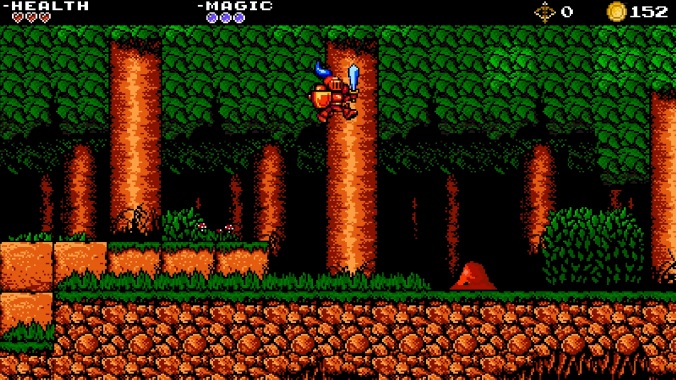 > What got you into programming games?
Slightly same answer as before. The nice thing about the Atari (and this goes for a lot of other computers too) was that you got thrown straight into BASIC when starting it up. As a 9-year old, I didn’t do that much more at first than type programs in from a manual that I got with the computer to see what happened. After slightly getting the hang of it, I started creating some simple text-based adventure games. 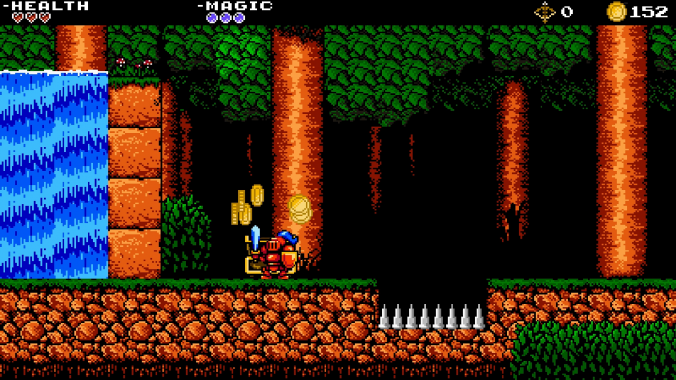 > What development tools or coding did you use?
Well, apart from BASIC on the Atari 600XL, I later went on and got myself an Atari ST (and later on an STe) and started working with STOS to start with. STOS was a dialect of BASIC intended for game development.

Depending on what you tried to do, STOS could be a bit slow, so down the road I got more into 68k assembler. I had a lot of fun working with that, and if things were slow, it was generally my fault for doing something stupid. This eventually led me onto the path of C, which I continued with into the PC era after selling my Atari.

Today, I write a lot of code in C/C++ for lower-level things and usually end up grabbing either C#, Java or even a scripting language such as Python for the higher-level stuff that I need done. For Cathedral, we have a few different codebases since we decided to write our own engine and tools. The engine itself is written in a mix of C and C++, and scripted with Lua. There’s a bunch of Python scripts running as prebuild steps to generate all resources, plus most of our tools are written in C#/WPF, except a few things such as our texture packer which is written in C++.

> What hurdles did you have making your current game?
Two answers, depending on whether we’re talking technical or non-technical hurdles:

On the technical side of things, there’s always a bunch of curious issues. One of them is that we have a single codebase in C/C++ compiling and running on both Windows, Linux and OSX. We’re using CMake to generate the necessary build files on each system. This also means that we have different compilers (MSVC on Windows, GCC on Linux and Clang on OSX), and sometimes you happen to break things in one compiler while still having it work on another one. This kind of breakage initially took us some time to discover since you tend to develop on one single platform most of the time. To counteract this, we had to set up a Jenkins build server (and a couple of slave machines) that builds the game automatically everytime we push something to our repository, and sends out an email when the build is broken on one platform. Apart from this, we’re also running a bunch of tests after each successful build to have as much of a guarantee as possible that things are working the way we expect them to. Even with these measurements, as code grows, bugs can still slip through. So testing and QA is always an ongoing process.

On the non-technical side of things, one of the main obstacles was that I was working on this myself to start with. I’m not an artist, and I realized I would need help from both a musician as well as a pixel artist (and hopefully a concept artist) at some point. This meant that I had to learn just enough pixel art to be able to produce something that represented the idea I was trying to create in order to find people who were interested and willing to work with. The art was thankfully good enough to get Aron Kramer to join as a musician and pixel artist Victor Leão (who is also working on Möira) to join in on the game development. We also managed to snag a guy named Acke Salem to act as our CEO and marketing guy. As a result of all this, early screenshots of the game that I posted on TIGSource look VERY different from the screenshots after getting an actual pixel artist. 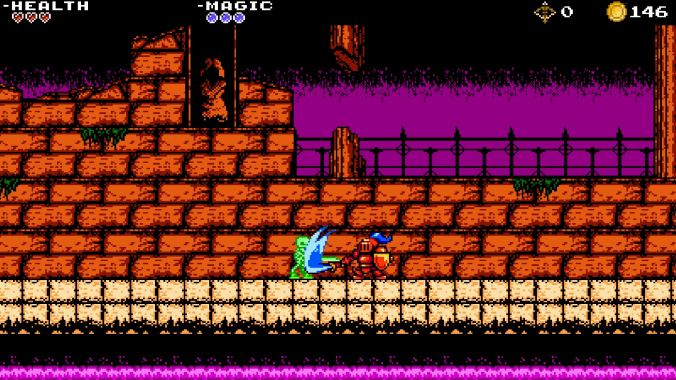 > After the completion of the game what game will you make?
We don’t know yet. It’s not so much a lack of ideas as it is having too many of them. We have a few various ideas for an RPG, which MIGHT be our next project. Too early to tell 🙂 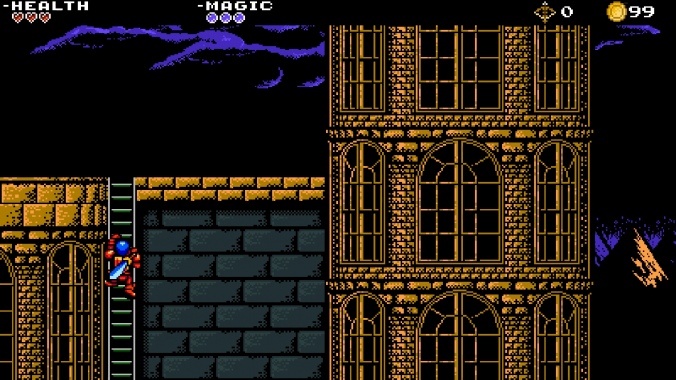 > What other games have you made?
Decemberborn as a company haven’t released any games before. We started it mainly due to Cathedral. Cathedral has been a game I’ve been thinking about and prototyping small parts of for years, without really diving into it until a couple of years ago, when development really kicked off.

Personally, I have created a bunch of minor games, but none of them were ever released commercially/publicly. After university, I pretty started teaching math and physics and later went straight into “regular” software development (if there’s such a thing). Most of my games were, as an effect, released to a few friends for fun only. 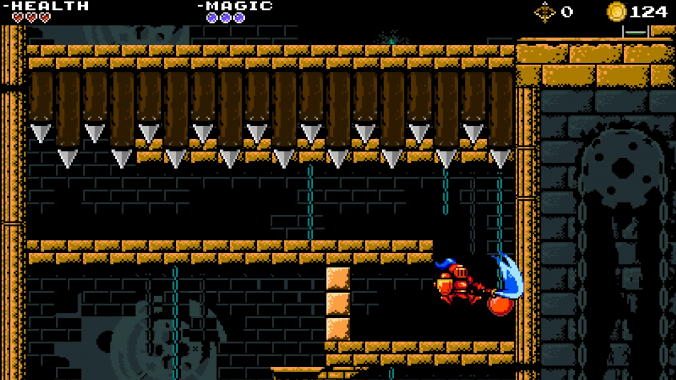 > My favourite computer was my Amiga and console the Megadrive do you have a favourite?
Favourite computer was probably the Atari STe. I played a lot of games that I really liked, such as Bloodwych, Elite (and Frontier), Carrier command etc. I have a lot of fond memories from the time when I owned my Atari.
Favourite console might be a tie between the NES and the SNES. The NES definitely holds a higher nostalgic value for me, because that’s what I grew up with, but the SNES had a really awesome library as well. 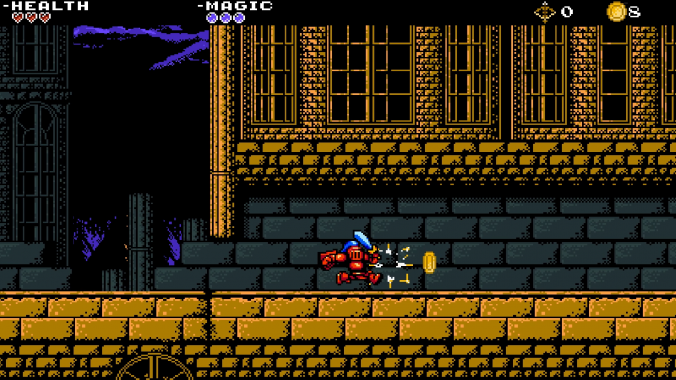 > What is your favourite retro game?
Wow, that’s a hard pick. I don’t think I have one absolute favourite actually. It kind of depends on both the mood and the system. But for the NES, probably the two Zelda games (I actually really enjoyed the second one). Another one of my NES favourites is Little Samson, which never quite got the exposure it deserved.

On the SNES, it would be Zelda – A link to the past if I’m in an adventure game mood, but the Megaman X-series (especially the first one) was mind blowing at the time, and I still pick it up and play it every now and then.

On PC, does Diablo II count as a retro game yet? My wife and I still give that a playthrough every year and still have a lot of fun with it. 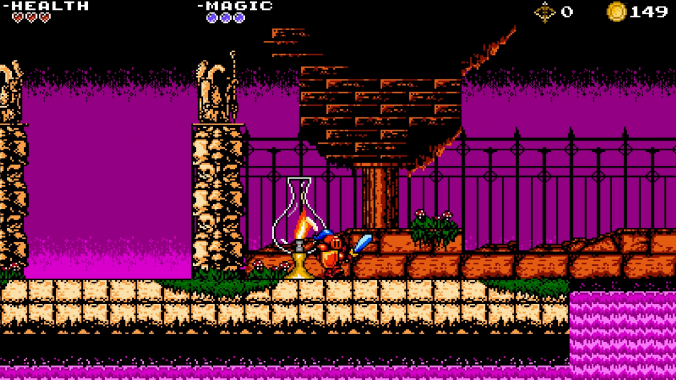 > Do you still game on the current consoles if so whats your favourite game?
I do. I own an XBox One, and before that I went through a couple of XBox 360s. I have to admit though, that Steam has been taking over my living room more and more since I got a Steam controller + Steam Link.

I tend to look for titles that are either a single player game with a really good story or game mechanics, or games that are really fun to play co-op with friends. Personally, I love when games have local (or couch) co-op. My top pick would probably be Borderlands 1 and 2 for that experience. I’ve also had tons of fun playing Magicka 1 and 2. For the single player games, I’m currently working my way through Doom (which I’m having a great time with), and among my all-time favorite games I’d say the Mass effect series (especially the second game), tied with Dragon Age: Origins. I’m also really looking forward to Dishonored II. 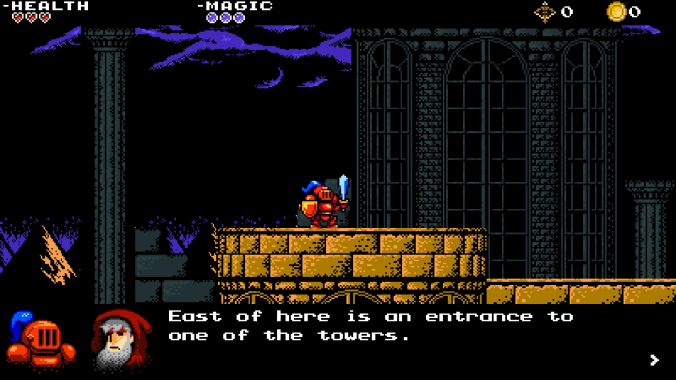 > Whats the worst game you have ever played?
This one was actually harder than the previous question to answer. It seems I tend to kind of phase out the bad games and not remember them all that much. Mostly because it’s very unusual for me to sink more than a couple of hours into a game before giving up if it’s not good at that point. Really, I’m drawing a blank here.
When I try to think of “bad” games, I can remember a few games that disappointed me a bit, such as Dragon Age II, but that still wasn’t a bad game. It just didn’t live up to my own personal expectations. I guess most games I can think of have aspects of good and bad. I have definitely played really bad games too, my brain just seems to be determined to not care about them enough to remember.

> Finally what game or feature would you like to see on Retrogamesmaster in the future?
If you haven’t covered it already, Little Samson for the NES that I mentioned earlier would be a great pick! If you are interested in another modern retro-styled game, check out Möira (and in the interest of full disclosure, as I mentioned before, their pixel artist works on Cathedral too). 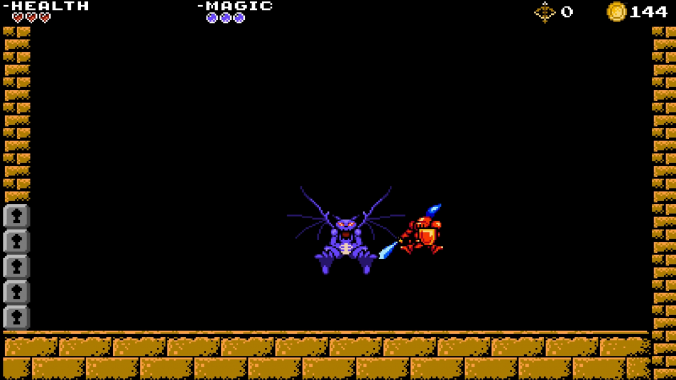