Puzzle “Build If You Can!” takes the player to the amazing fantasy world survived after the awful catastrophe. The giant wave practically washed away the Ancient Town and left the locals` houses destroyed. Now the player is obliged to become a new god and collect all pieces of old knowledge and building technology, lost after the cataclysm. This is the only way to help poor cuties in reconstruction of their native land and solve all mysteries.

Combining fancy blocks, the player will try to build the mysterious towers and reach the maximum height to succeed in this mission. But because of the form or fragility of some figures as well as effect of the real physics, it will not be so easy! And if the player proves that human mind can harness the power of nature, he will be able to make an unforgettable travelling round this unexpected world, meet new funny friends and save them all, of course!

• Defy real physics! Show everyone that you can take control of gravity!
• Consider the material of the figures to build really stable towers!
• Find the right combination of fancy figures to build higher!
• Get past challenges and earn more rewards!
• Travel round the picturesque locations and meet charming inhabitants!
• Open the portals and discover them to get more rewards!
• Use different boosters: Freeze, Figure Return and others!
• See how you compare with other players on Facebook!

What is your first gaming experience?
What`s about my first game experience..Well it was connected with the game Golden Axe. I was really impressed by this game at that time. As a 7-old boy i thought it was real magic! I could control characters from the cartoon. Amazing experience for the child you know! 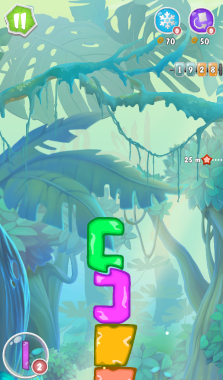 As every gamedeveloper I had been dreaming to make games since my childhood. I seeked to work in this sphere and i tried not to loose the opportunity. So, my сolleagues and I want to create games from people for people. It`s our main aim.

Our company uses Unity 5.4.0f3 and Source Three for parallel assembling. We found them to be the best tools to begin with.

What hurdles did you have making your current game?
To my mind, we faced the same hurdle as many developers faced. Now we have got the unique core-mechanics which we like, but we need something more to make the game more captivating for gamers and save the audience. I suppose it to be the hardest thing in developing. At this moment we are at that stage when we must add some new features and analyze the results. We will devote future weeks of development to brain-storming and implementing new features. Anyway we prepared many additions and improvements for our puzzle Build If You Can before world-wide release. 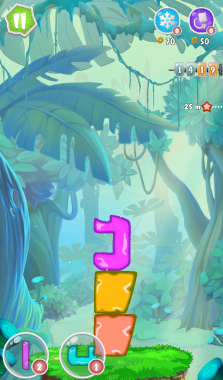 Our team has many plans for the future. One of them is to make an app…let`s name it Daily Quest. Every day this app will offer users to solve logical puzzles and general knowledge questions and so on. it will be so called training for brains. Anyway, we will experiment with genres and search for our own way in such a difficult field as gamedev.

I can not call it a game because it was just a program teaching traffic rules. It contained theory and practice where you should drive around the city. Here is the ancient link: 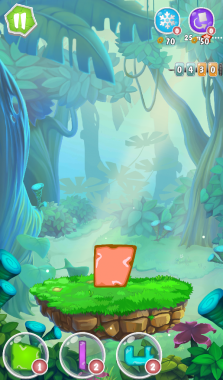 My favourite computer was my Amiga and console the Megadrive do you have a favourite?
My first computer was  Intel Pentium II, RAM 16 MB, Hard Drive 256 MB. Probably it was my favorite one. As for consoles I prefered Dendy Junior 2.

What is your favourite retro game?
It`s not just a one game. I single out Fallout, Warcraft 2 and Heroes might and magic 2. They influenced me so much.

No, i don`t play on these consoles, but i still remember my favorite game Battletoads and Double Dragon. 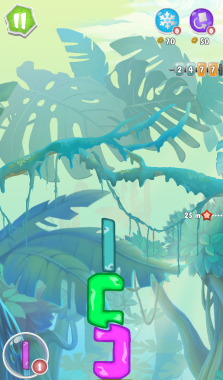 I am trying to avoid such games. Honestly, I can`t remember the game which i can call the worst one. But i can name the scariest one for me. Splatterhouse 3 caused so many nightmares about me haunted by monsters. =)

Finally what game or feature would you like to see on Retrogamesmaster in the future?
As for features it will be great to see something like a simple emulator of any console which will allow the visitors of the site to play right there.

Links Build If You Can (You can download right from the stores):
Android: https://play.google.com/store/apps/details?id=com.nntechnocracy.biyc