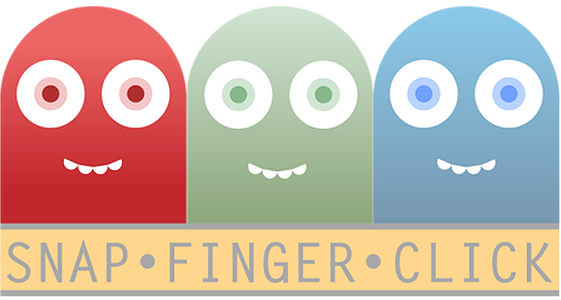 Snap Finger Click was founded by Ed Gladwin and Martijn van der Meulen in November 2015. They originally met many years ago whilst working together at Sony PlayStation, and they both have long careers in gaming and technology, including stints at Yahoo! and Electronic Arts. Ed and Martijn were keen to put their years of experience to good use and try their hands at making something of their own, which led to the start of Snap Finger Click.

We’re a team of 6 people and have a passion for creating great multiplayer games. In our years of experience we shipped dozens of titles on a huge variety of platforms, and we’ll continue doing so as Snap Finger Click. Some of the games we worked on previously in our careers are Buzz!, PlayStation Home, Harry Potter and the Order of the Phoenix, The Simpsons Game, Blue Toad Murder Files, Kinect Nat Geo TV, EA SPORTS’ FIFA 07, and PixelJunk Shooter.

In January 2016 we released ACT IT OUT! A Game of Charades on PlayStation 4. This was our ‘Minimum Awesome Product’ and it was very well received by press and gamers alike. After its release we’ve updated the game based on feedback from our players and it has consistently been a popular title, with gaming website IGN calling it “a great party game”. In October 2016 we released a version of ACT IT OUT for Wii U, and we have several new projects lined up.

Everyone’s favourite word guessing party game is now available on your TV from the comfort of your living room, thanks to your PlayStation 4. Act out a secret phrase and challenge up to seven friends and family to guess what it is in fast-paced competitive and co-operative modes.

Dive into 1,500 hand-picked sayings in categories such as Films, Video Games, Music, TV, Books, Theatre and Proverbs. And if you fancy some extra entertainment, fire up the additional modes where you have to sing, draw or describe your hidden phrase. Could your gran guess “Jurassic Park” from your animated miming?

The first game I remember playing was a Konami racing game called Road Fighter. It was released in 1985, for a system called MSX. I don’t think the MSX was popular in the UK, but it had a significant following in the Netherlands, which is where I grew up.

From playing the MSX, I became interested in how games are built and started creating games in MSX-Basic. At first, I built a simple text adventure, but then I realised I didn’t know how to store the progress of a player so I had to learn that. Then I wanted to make a game with graphics, so I learned how to create sprites. Gradually I was able to program more sophisticated software.

When I reached college, I studied product design which became incredibly valuable experience for creating successful games. In my current role in the games industry, I work as a Development Director, overseeing all areas of the game including the art, programming, audio and game design.

I don’t program games myself anymore, but I would love to properly get back into it one day. 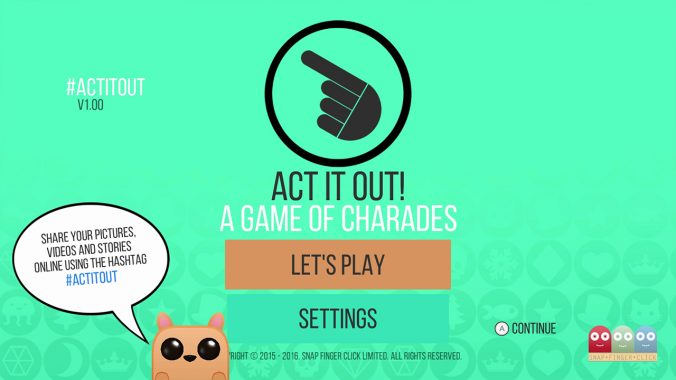 To build the games I currently work on, we use the Unity game engine. It’s especially great for creating games on multiple platforms.

The biggest challenge was trying not to make the game too big. I started my own company – Snap Finger Click – just 18 months ago, and our first game is called ACT IT OUT, which is a supercharged version of the charades parlour game. It was tempting to try and put everything we wanted in at the beginning, but instead we released the game on PlayStation 4 after only three months of development. We decided to add new features after its release and have given it nine months of free updates based on what our players asked for. I strongly believe in gathering feedback from players, and to improve games based on that feedback. The updates were a great way to keep people talking about the game, but it did make the launch tough for us; we had to choose the most important features and focussed on polishing those. 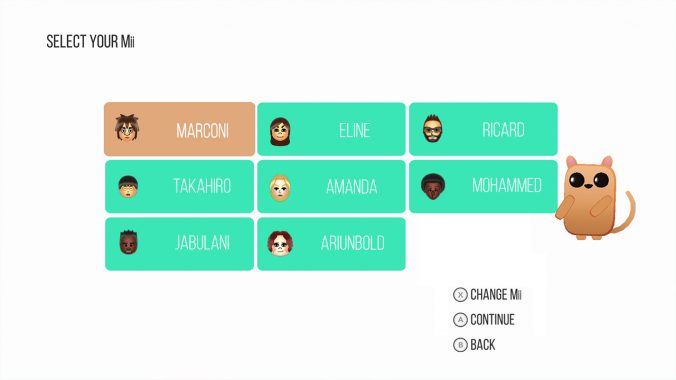 I want Snap Finger Click to become a leading developer for local multiplayer games. Since the release of ACT IT OUT, we’ve been fortunate enough to hire some of the key people behind the Buzz! quiz franchise, another great local multiplayer game. We have lots of concepts in development at the moment. While I can’t say anything too specific at this stage, our attitude is very much about creating games that people can play together. These are the types of games we grew up playing, and we want to make more of them for the next generation.

Prior to Snap Finger Click, I spent many years at EA working on several games including The Simpsons Game, FIFA, and the Harry Potter franchise. I then moved to Sony where I was one of the key people on PlayStation Home. After that, I worked at Relentless Software – a company specialising in local multiplayer games – working on a family title called Kinect Nat Geo TV. 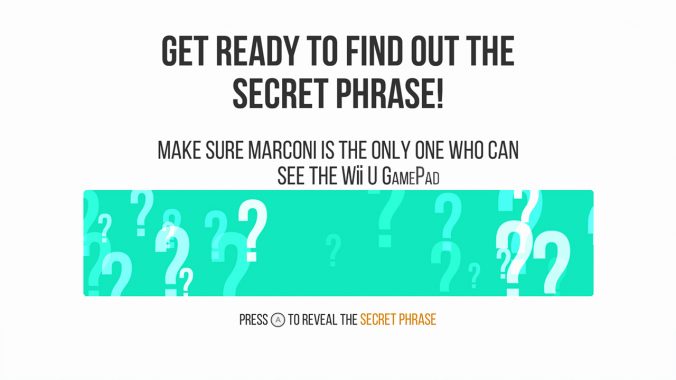 It’s hard to choose just one, but my favourite console of all time is probably still the Sega Dreamcast. The system felt incredibly polished and the games were exceptional.

Sonic & Knuckles was the slightly unusual sequel to Sonic 3 for the Sega Megadrive. The cartridge would let you connect Sonic 3 to it, in order to create the much larger Sonic game called Sonic 3 & Knuckles. As a huge Sonic fan, I was so excited to play in such an expansive world. Everything from the levels to the music to the mechanics felt perfect to me. I’ve probably completed this game hundreds of times now, in every way imaginable, and I’d happily buy it again if a re-release would show up on the PlayStation Store. 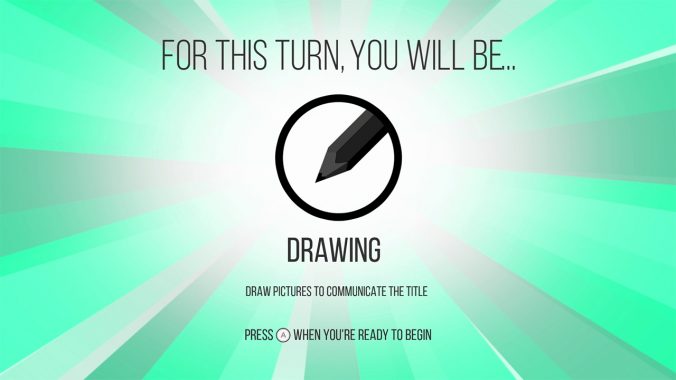 I just recently earned the Platinum Trophy for Watch Dogs 2 on the PlayStation 4 and am currently making my way through Rise of the Tomb Raider. My favourite recent game is probably The Last Guardian – it’s a game that actually made me cry! The characters and story are excellently written so that you really care what happens.

I’m a huge gamer and I own all the current generation of consoles. I’ve also pre-ordered the Nintendo Switch, and am super excited about the new Zelda, which is another favourite franchise of mine since its retro days.

The MSX console worked by loading in data from a cassette tape. Sometimes it could take up to half an hour waiting for the game to run, sitting through the high pitched loading sounds. When I was growing up in the Netherlands during the 80s, some radio stations used to give away games for free by broadcasting the data which you could record on a regular tape. I can remember being really excited to play these games for free, but they were always awful quality! They were very simple and often buggy or you couldn’t complete them at all. I’m not sure where they came from, but they were genuinely terrible. However, I never stopped recording them and playing them. I was rarely able to buy new games, and there was no internet to find out which games were good, so you got used to taking chances and hoping to find the occasional gem. 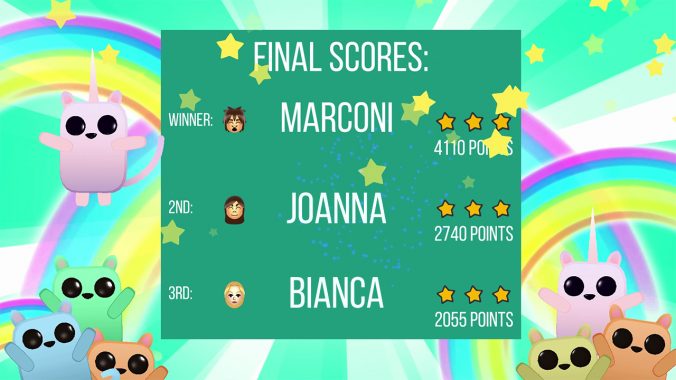 I would love to see a feature on Panzer Dragoon Saga. It’s a very rare Sega Saturn game – only a few English-language copies were made. I’m not normally a fan of RPG games, but this was so groundbreaking for its time with an intriguing plot and awesome battle mechanics. Because it’s so rare, I’ve only met a few people who have ever played it, and it would be great to read more about it.