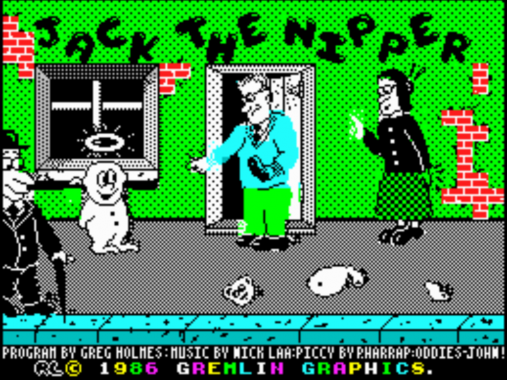 “Hurry Up Wimp! Get me loaded and lets have some fun”

Jack was tired of all the wimps in his town, their boring games and goody

goody ways sent him to sleep. 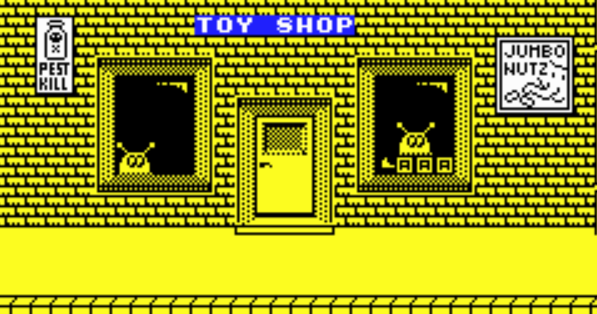 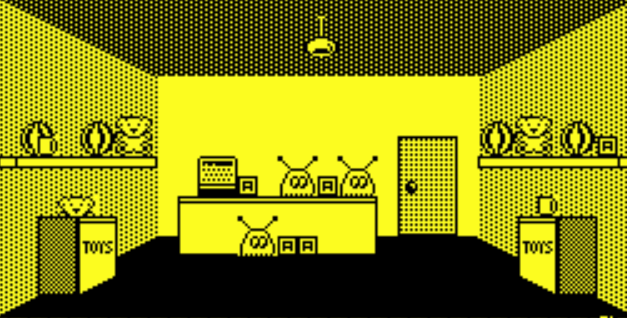 So, Jack being of a rather naughty

disposition set about livening things up a bit, he picked up his trusty

pea-shooter and scarpered off to cause some trouble. 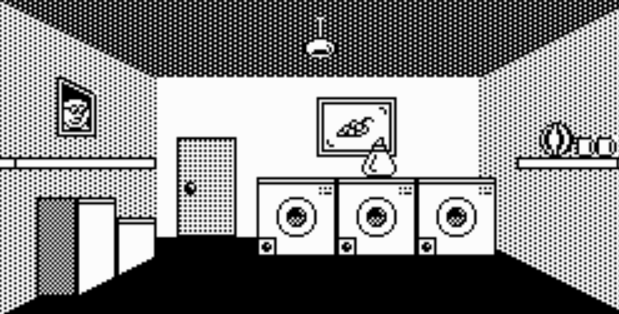 Jump on things, pick them up and drop

them, use your pea-shooter to create smashing effects and toot your horn at

drop them to cause ultimate havoc. for instance what could you do with a

I experienced my first experience on a spectrum on my friends 48k Spectrum.

He first he showed me a basic demo he had done with flashing borders and words he typed in then he loaded up Jack the Nipper on his cassette deck.  I had only ever played a pong like game at home and played in the arcades so my jaw dropped by the amazing visuals of this game!

This is the reason I wanted a Spectrum! I guess if I had went to a friends that had a C64 I may have been a fan of that machine instead.

Going onto the game you aim is to go around the levels being naughty avoiding being touched as this increased you nappy rash; too much rash meant game over.

To cause chaos you could pick up pea shooters and various other items.

This game was very difficult but enjoying and found some jumps frustrating but overall a very fun game.