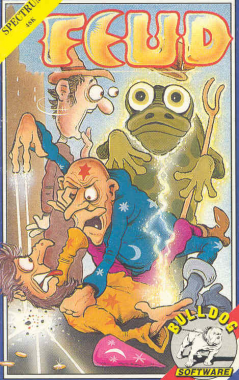 “No one knows ‘ow long they have been ‘ere; even old Albert don’t
recall ’em comin’ an’ ‘e reckons ‘e might be over ‘undred! We
didn’t mind when they kept themselves to themselves. I mean, all
we wants is a bit o’ piece an’ quiet an’ leave to go about our
business. We’re simple folk ‘ere in Little Dullford and we can’t
be doin’ with magic an’ spells. I never did ‘old with folk
meddlin’ in things best left alone. We’d see ’em o’course; in the
forest pickin’ toadstools an’ suchlike, or p’raps one would pop
into Tubby Hieke’s shop for ‘erbs an’ stuff, but by an’ large
they left us normal folk alone, and that’s ‘ow we like it. 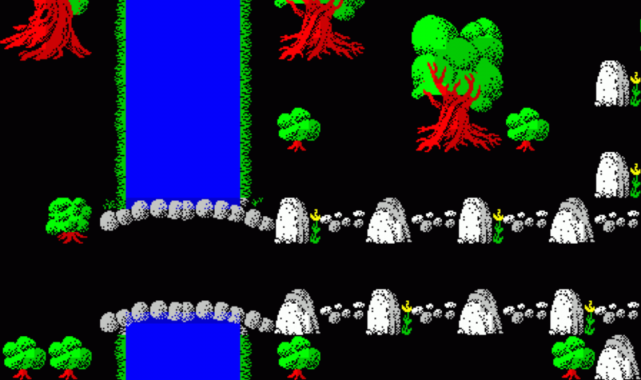 They’d ‘ad arguments before, we all know that. Well, readin’ them
magic books all day they can’t be right in the ‘ead can they?
Anyway, two summers back, or maybe three (I remember because that
was the year Albert’s donkey died), old Leanoric (he’s the older
one I think), he turned ‘is brother Learic into a frog! His own
brother! but he turned ‘im back after a week an’ at least they
didn’t bother us.  Two weeks back, all this changed; first the forest went quiet for
a few days, not even a sparra’ dared to make a sound. Then the
noises began, first shoutin’ then all manner o’ bangs, explosions
and things best not thought about. Yesterday, old Leanoric upped
an’ left an’ moved to another ‘ut on t’uther side o’village.
Hieke (who knows ’em better’n most), reckons they’s about to
start a feudin’ an’ woe betide the poor soul who gets in their
way. That as maybe but there’s strange things afoot in this ‘ere
village an’ no mistake. It don’t take no fancy book learnin’ to
figger we ain’t seen the last o’this, you mark my words.”

You take the role of Learic and playing the game is simply a
matter of moving through the kingdom collecting ingredients to
make spells. You are able to mix these spells and use them
against your opposing Wizard LEANORIC, but remember LEANORIC is
doing the same and is out to destroy you. 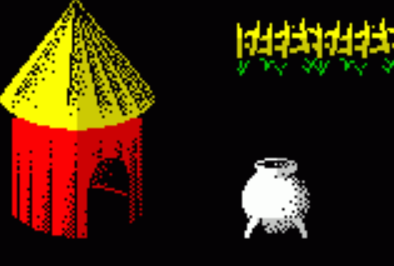 Mixing Spells
Stand above your own cooking pot. Press fire button and move
joystick left and right to move the pages of the spell book. When
the book is open to the required spell release the fire button.
If you have both the ingredients, this is shown in red in the
spell book, the spell will be mixed and you will be armed with
it.

Casting Spells
To cast a spell you need to be armed with it. This is done at the
mixing stage. Pressing the fire button will cast the spell. Some
spells may be used only once whilst others may be used a number
of times. Most spells act as necessary when cast, however some
of the more destructive ones such as lightning and fireball will
need some control to become effective. It is up to you to find
out how to control your spells.

COLLECTING HERBS
Just walk over herb. Successful picking of the herb will be shown
on the spell book.

I have found memories of this game and one of the first things that struck me was the outstanding visuals for the Spectrum.

Your aim is to collect the various ingredients to make your spells to defeat Leonoric.

To make spells you must collect the correct ingredients and mix them in your Cauldron.

I love the graphics and simplicity of this game and really enjoyed.

A great variety of spells to cast on your opponent.

Not much more to see give it a go its great fun and simple to play and pleasing on the eye.