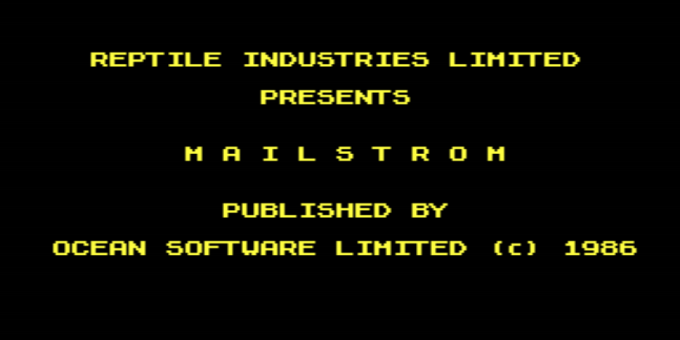 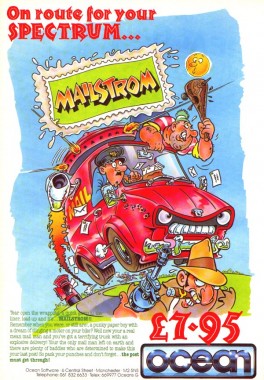 Overview:
Picture an English town at the dawn of the 21st century. Oil from the
North Sea ran dry years before; leading to riots and revolution. A coup
took place resulting in major criminal figures governing the country.
From the debris of this anarchy emerged a familiar yet unexpected sight;
a bright red post van.
This was, however, no ordinary van: Bristling with weaponry and equipped
with a highspeed propulsion unit, the van stood as an ironic reminder of
the way things used to be. 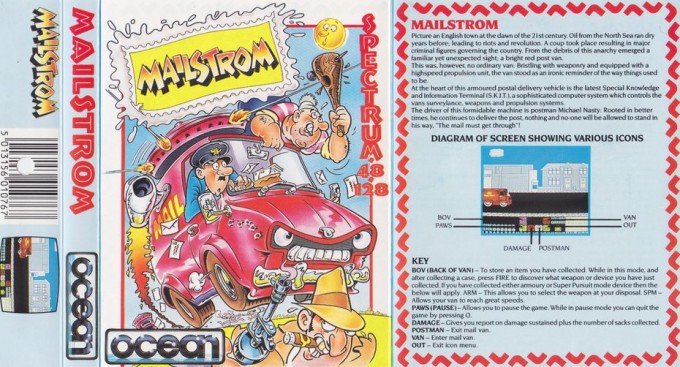 At the heart of this armoured postal delivery vehicle is the latest
Special Knowledge and Information Terminal (S.K.I.T.), a sophisticated
computer system which controls the vans surveylance, weapons and
propulsion systems.
The driver of this formidable machine is postman Michael Nasty: Rooted in
better times, he continues to deliver the post, nothing and no-one will
be allowed to stand in his way. “The mail must get through”!

You are Michael Nasty and your objective is to maintain the last outpost
of a formerly proud postal service in a crumbling society.
Collect letters from the “OUT” chute in the sorting office, this will
cause several numbers at the bottom of the screen to light up. These
numbers correspond to the numbers of houses to which you must deliver
letters.

Open post boxes (by any means at your disposal) to find sacks which must
be stored in your van for later. when a sorting office appears deposit
the sacks (stored in the back of your van) in the ‘IN’ section. 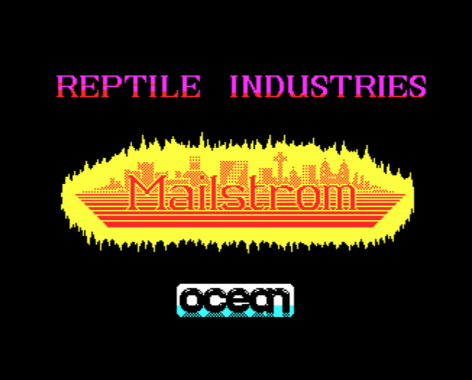 I got this game as one of the bundled +3 games with my Spectrum +3.  And it definitely  enhanced my interest in the game with the very short loading time.
I remember the controls to start a little difficult to get to use well actually the icons when you go near the van take a some practice.
I can only compare this with Paper Boy which I will review at a later date.
You play Michael Nasty and will do anything to get your deliveries done in a rough neighbourhood.
You are armed with one bomb at the start of the game which you can use to break into letterbox.
Some letterboxes have mail one has armour and turbo for mail van and the greatest i found was A skeleton key enabling you to open many boxes.  I seem to remember it is just after the sorting office at start near house 17. 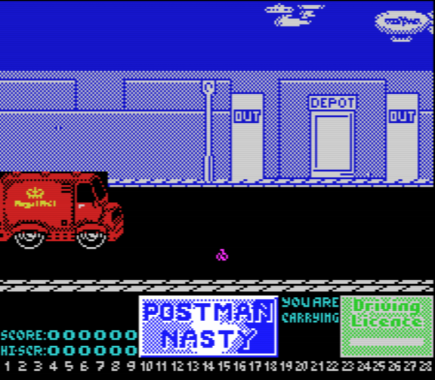 The visuals are great for 1986 the van was red the clear visuals white and blue work well for the streets and buildings.
You aim is to avoid thugs and not to run over people and get to sorting office to get you letters to deliver.
I found this game very challenging but very addictive running super pursuit  mode is great fun armoured up and turbo.
This is a hidden gem worth a play enjoy.