Take on the role of avenging angel as you mete out rough justice to the
perpetrators of evil and lawlessness. Some of the most exciting scenes ever
to fill a computer screen confront you. The future is here and now when you
take up this challenge – PART MAN – PART MACHINE – ALL COP
RobocopPatrolman Murphy was the 32nd cop to be gunned down in Detroit since
Security Concepts Inc. took control of the police department. It was the
opportunity OCP had been waiting for…They took what was left of Murphy
and turned him into a deadly killing machine with a reinforced titanium
body, an erased memory and a programmed mind. However they could not
completely wipe out the memory of his horrific ordeal and he sets out to
track down the gang responsible. In this game you are Robocop! You are the
future of law enforcement.

Armed with a standard police pistol you seek out the criminals responsible
for Murphy’s death. You can collect capsules giving you more ammunition,
better fire power or three way bullets. You can also pick up baby food to
give you extra energy.

L 1 First patrol in Detroit. Encounter criminals who try to stop you.

L 2 A woman is being attacked – you must intervene. Attempt to shoot the
attacker and avoid hitting the poor helpless hostage. 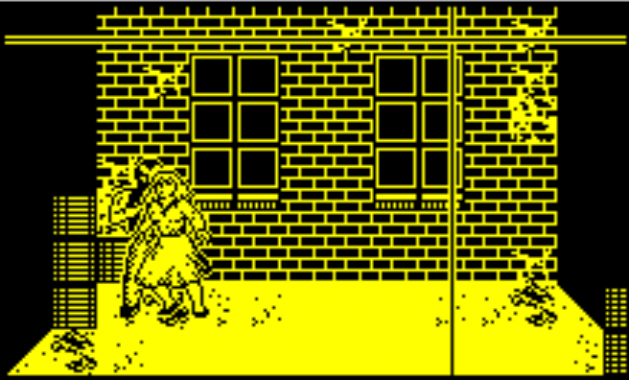 L 4 Try to match up photofit parts along with the photograph already
supplied to you. If a successful match is made, you will discover the
name of the man responsible for Murphy’s killing. 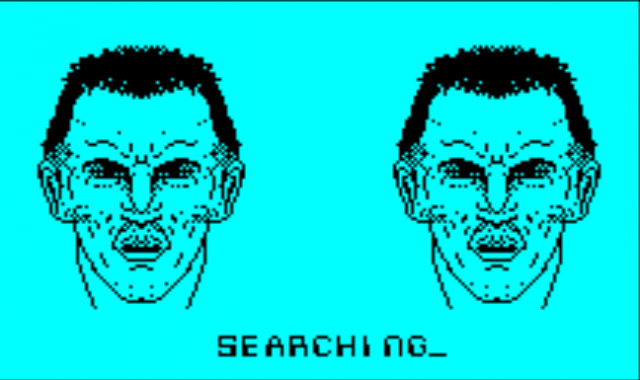 L 5 You receive information which enables you to locate the rest of the
gang. You stumble across a drug factory full of heavily armed thugs who
will stop at nothing to prevent you arresting them.

L 6 After clearing up the drug factory you go on to arrest Dick Jones, the
mastermind behind the gang, at OCP headquarters. However directive 4 of
Robocop’s program prevents you from acting against a senior officer of
OCP. You are disarmed and left to fight the robot ED209 with your bare
steel fists. 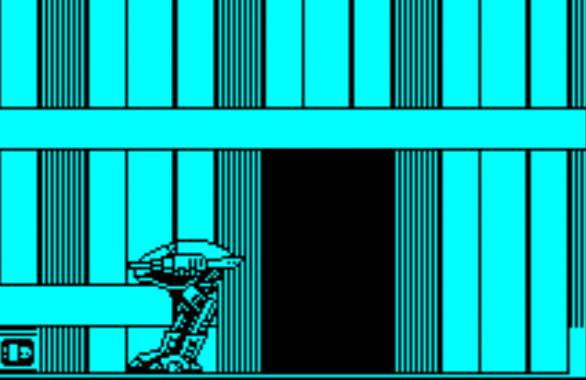 L 7 Use lifts to escape from OCP. 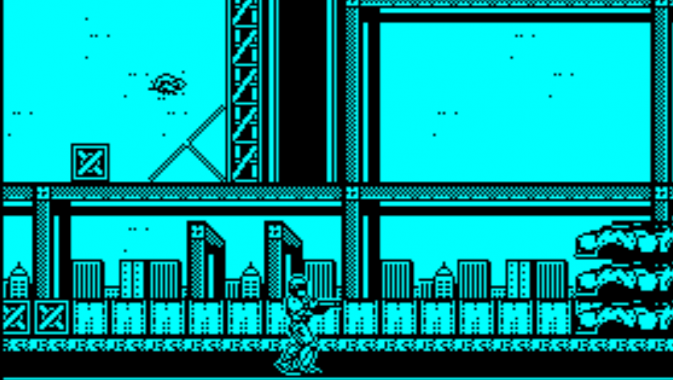 L 8 Try to outwit the desperate criminals as you become a fugitive from
them.

L 9 If you make it this far you confront OCP’s board of directors with the
evidence of Dick Jones’ crimes. In a desperate effort to escape he takes
the President hostage. The president sacks him on the spot, directive 4
is overridden and you may shoot him. But be careful not to hit the
president himself! 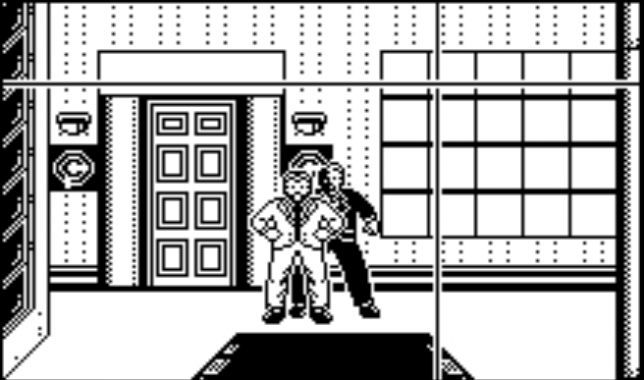 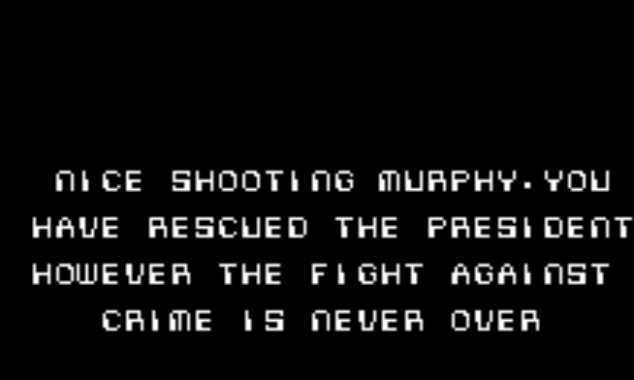 1. Conserve ammunition.
2. Criminals will always attack you at the same points. Remember these positions
to gain the initiative.
3. On hostage screens, try to anticipate the movements of the villains for an
easier shot.

I thought it is well overdue for me to do a review now the site is well underway.

I am reviewing Robocop on the ZX Spectrum.  I remember this arcade conversion and spent many hours on this 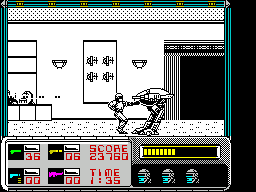 great arcade conversion.  The fond memories of the nice loading picture to the rare audio speech on this game “Serve the public trust”, “Protect the innocent” and “uphold the law!”
It amazed me how accurate conversion this is from the arcade; it even had the same soundtrack as the Arcade.  The general gameplay of this game was a scrolling shooter/platformer with some great subgames between levels.  One of the subgames 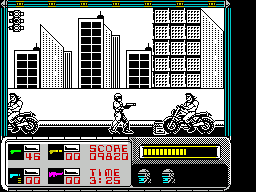 you have to cycle through face parts to match the suspects face and another you have to shoot the criminal holding lady hostage in an alleyway.
This game was very tough from the first end boss ED209 on level 1 until the end level at the top of the tower block!  I did complete this game and enjoyed every minute of this fine OCEAN game.